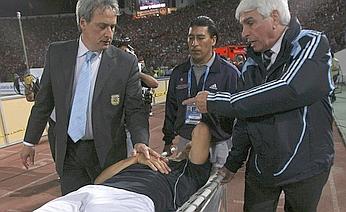 These past two weeks Inter has had 16 players from 10 countries out on international duty. All in all, everything came out ok... I mean, Burdisso was knocked out for a while, but for him, that is almost par for the course. Despite being carried off the field unconscious, he just has a slight headache and will be back in Milan on Friday. Ok then... Moving on...

Inter players were well represented across the world: Chivu almost lead Romania to a win (damn you Gourcuff!), but had to settle for a draw (2-2). Patrick was supposed to make his triumphant return to Les Blues but pulled something and had to come home (typical). He seems to ok, though. Dejan Stankovic led Serbia to the top of Group 7 with wins over Lithuania and Austria. Good for him. Balotelli had an amazing outing with the Italy U21 against Israel, scoring 2 of the 3 goals that will see the Azzurrini through to the play offs. Quaresma played a couple games with Portugal and didn't score for them either (both ended 0-0).

In Africa, things went a bit better, Obinna scored for Nigeria and Sully Muntari's Ghana beat Lesotho 3 to 0. South America was a mixed bag. With the help of Adriano, Brazil smoked Venezuela 4-0. But as he was suspended for the game against Columbia, the scoreline ended 0-0. Both of those clean sheets were partially due to our own Julio Cesar, who has set a new record for not conceding a goal - he is up to 492 minutes. Mancini also found a few minutes for Brazil, and Maicon was right there in front of Julio Cesar. Argentina did not fare quite so well. Despite the best efforts of Zanetti, Cambiasso, and Burdisso, Argentina was only able to win the game against Uruguay. They lost against Chile (the game Nico picked up the knock).

Still, even after Balotelli, Julio Cesar, and Obinna, probably the best thing that came from the International break is this: 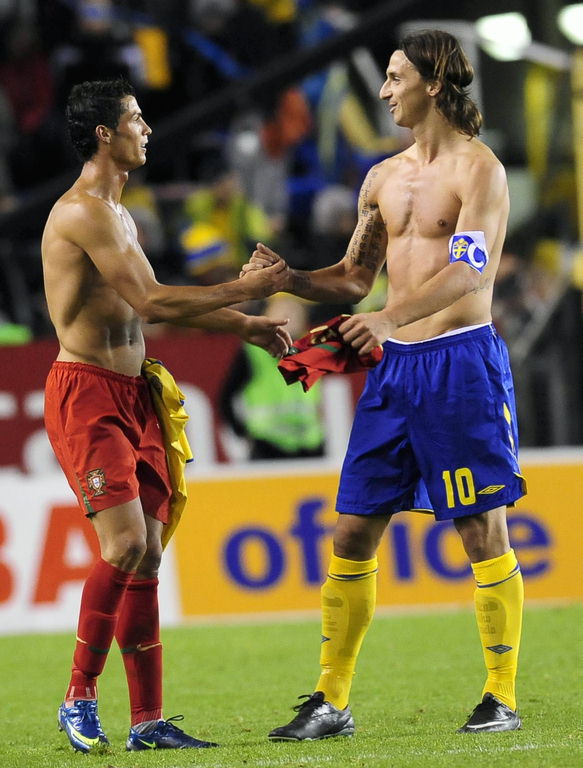 Sigh. Too bad Zlatan didn't get on the score sheet for Sweden.