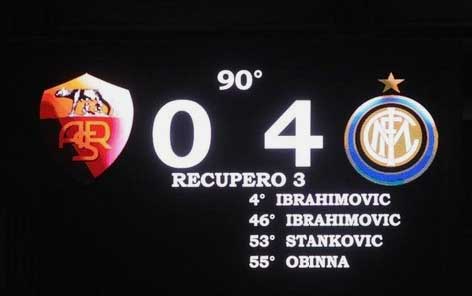 As the picture above shows, Inter took the day against Roma, and quite convincingly too. I am not going to write a whole review as you can find a perfectly good one here from Channel 4, or even here from the hacks at Goal.com. Lets just say that Inter played a great game and were rewarded for their efforts. Here are the highlights for those that missed the game:

There has been some... erm... talk about Ibra's first goal and whether or not it was offside. To help show that the goal was perfectly legal and not the result of a bad call, I have taken the screenshots from Il Corriere dello Sport and labeled them: 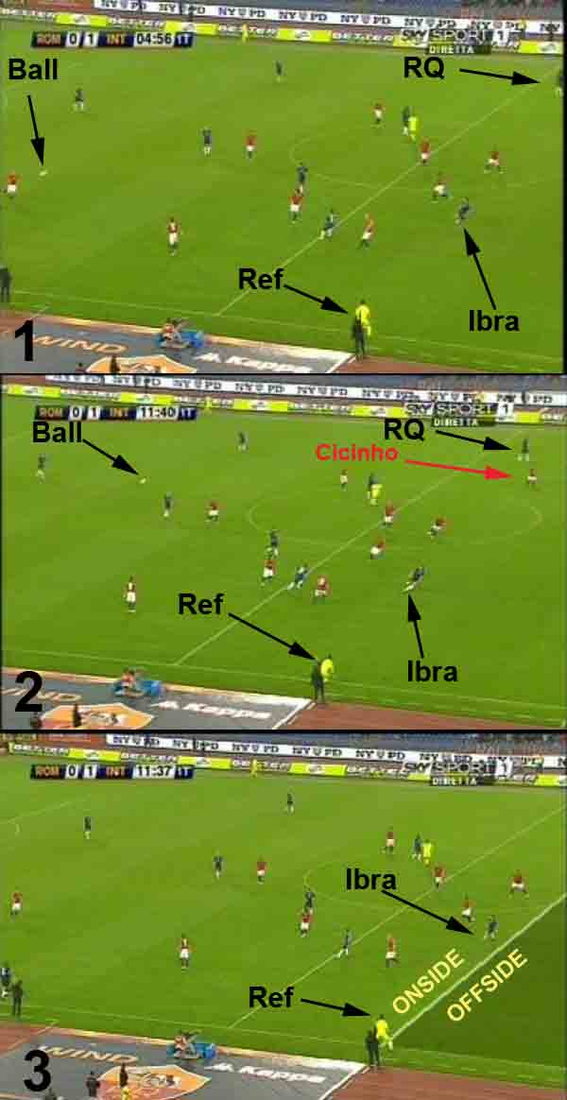 As we can see, the linesman is keeping in line with the last defender, Cincinho. In picture 2, the ball is in play, Ibra has already started his run, and is still onside (note Cincinho at the top right). In picture number 3 we see the player's positions at the time of play and the nice technicians at Sky Sports (or RAI) have added the line to show the position of Cincinho in relation to Ibra. True, I suppose those technicians could be part of a vast conspiracy, but then monkeys could fly out of my butt.

Positives -- Well, besides the 4 goals, there is the added joy of the clean sheet. Inter did not just sit back after the second goal and close-up shop, we continued to attack.

Negatives -- Inter gave the ball away too often in the midfield. Also, we are still struggling with set pieces and free kicks. Oh, and we conceded way too many free-kicks - with players like Daniele de Rossi and Totti around, free kicks are a frightening thing. When you allow Totti to step up to a dead ball, you have to assume he is going to be on target. 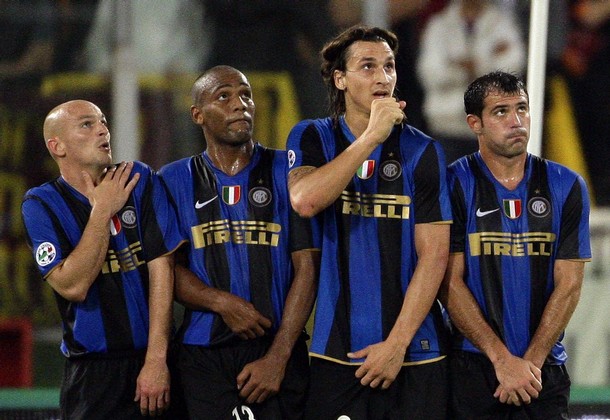 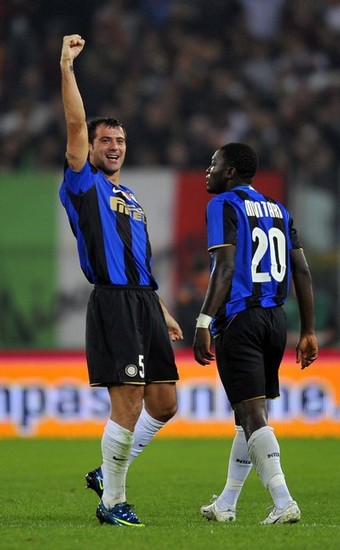 This game was a much-needed boost to the squad ahead of Anorthosis-Famagusta and an answer to those that complained that Mourinho's style of play was not attacking enough. Right now, we are 2 points clear at the top, but there are 31 more game days in which anything can happen. We should enjoy this while we can and hope it is an indication of what is to come. Who knows, though, by next Monday morning, Catania could be in the lead.

Oh, and I just found these of Julio Cesar from when he was on international break last week (Kirby, I did warn you).
Here he is wet: 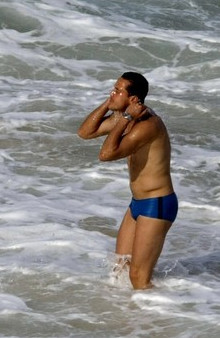 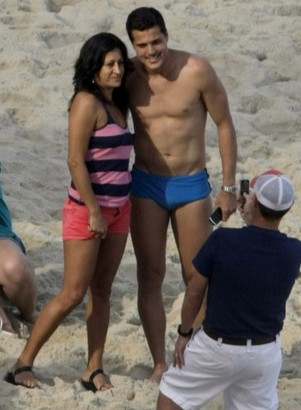