Share All sharing options for: Inter Grind Out One More Win - Inter 1 - 0 Anorthosis 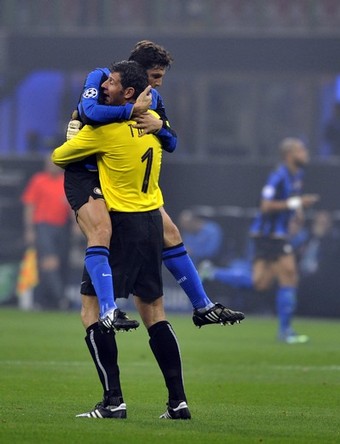 THANK YOU INTER FOR ONE MORE WIN.
Yes, it was a slog.

Yes, Anorthosis played with 7 men in the box for the whole game.

Yes, Inter squandered opportunities and lacked the creativity shown in the Roma game on Sunday.

Inter now stand at 7 points, topping Group B, and are just that much closer to qualifying. As you can see, Pupi is just as happy with the win as I am. If I were there, I would also throw myself into the capable arms of Toldo (sigh, if only). That link died. I found some highlights instead - thoughtfully set to swelling rock music. Hopefully UEFA wont get this one too.

I found a better video, but who knows how long it will last. The rest of the game can [still] be summed up quite nicely by these pictures: 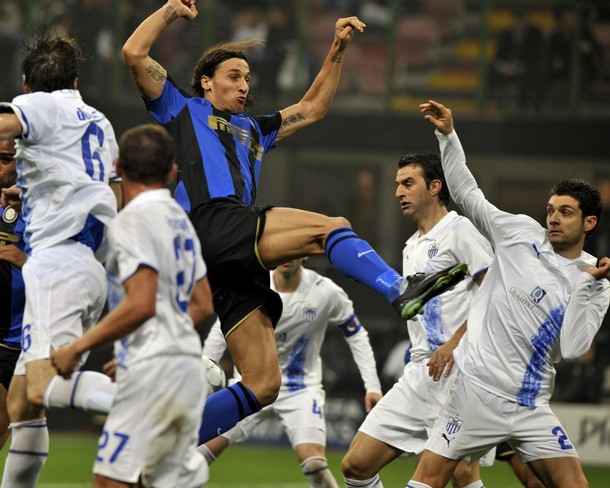 .
Basically, Anorthosis played a very defensive game. Every time someone got the ball, they had to get through a sea of Cypriots to get to the goal. And then, except for the wonderful play by Ibra, Maicon, and Adriano, the ball just would not go into the net. Everyone was frustrated. 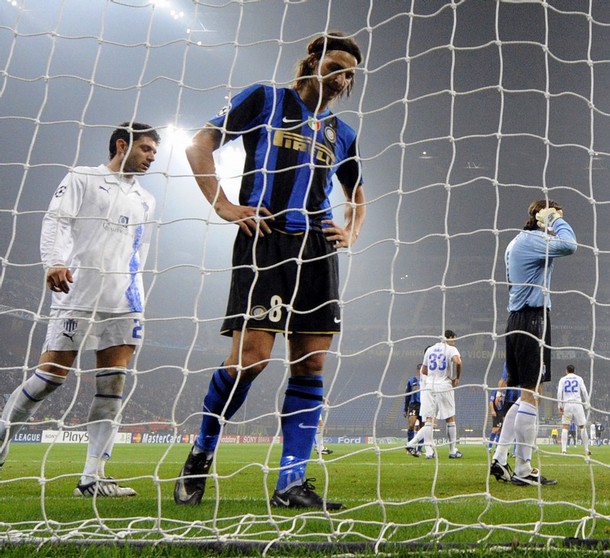 .
In the end, though, Anorthosis could not absorb a full 90 without conceding. Adriano finished a brilliant cross by Maicon to bag his 18th Champions League goal with Inter. Bravo Adriano! 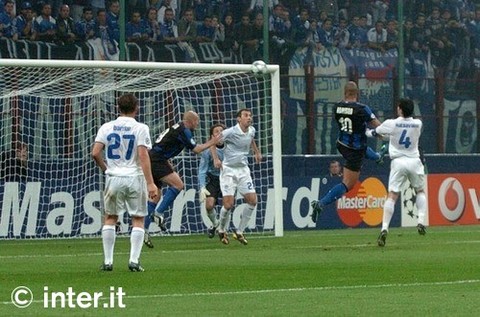 That Burdisso for Cambiasso substitution had me scratching my head, but appearently Cuchu has strained something (please oh please, let it not be serious) and at 83 minutes we might as well hunker down with the goal lead. There is no word on Cambiasso yet, only what Mourniho had to say after the game:

We're worried about Cambiasso, but hopefully it's just a slight injury. He's an expert player and he stopped before making things worse. Our problems are in midfield where we're without Vieira and Zanetti who is playing at full-back, but this is our life and we have to continue.

Needless to say, I am also worried.
-----------------
So there you go, one more down and looking forward to hosting Genoa at the San Siro on Sunday. I am attempting to rectify myself with the knowledge that in order to watch this game I will have to get up at 6am on Sunday morning. How I long for the return of SerieA.tv.

Oh and for last, this strangely disturbing picture of Adriano: 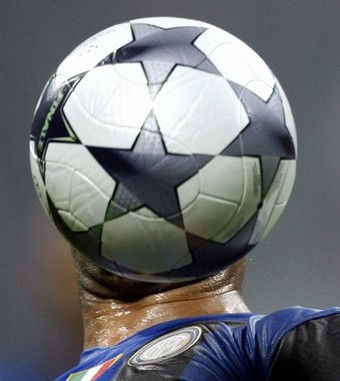