Someone's Got Some Splainin' To Do

Share All sharing options for: Someone's Got Some Splainin' To Do 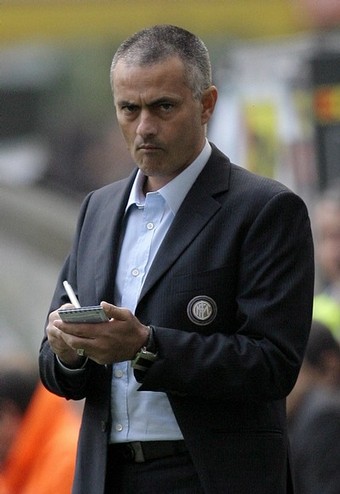 I think it is safe to assume that whatever Mou is writing in that pad of his it is not good. Mourinho is pissed:

Anyone who thinks only of himself and not what the team needs does not play with me. Perhaps the coach of Genoa has more power on the mentally of his players than the coach of Inter has, therefore I must prove to mine that here only one commands, [by] leaving two or three players at home on Wednesday. The next squad? Just watch today's game with attention and is easy.

What of those who claim the squad is tired? Well, Mou says that is no excuse: "Tired - say- is the father of the family that returns home after 15 hours of work for a few hundred euros in salary. That is truly tired."

Apparently when you are making a few hundred thousand euro a month or even a week, you need to step the f up!

If you can understand Italian, I suggest you check out the interviews here and here.

Sorry that I cannot embed them.

For those of you who missed the game, here are the "highlights" - and I use that word loosely:

ON THE POSITIVE SIDE

Yes, we dropped two very important points today, but the fact is, WE DID NOT LOOSE. Not loosing is always a plus. We may have stumbled a bit, but we did not fall.

Not all the players did terribly. Mou thinks that Quaresma "didn't play well but he at least tried to do what I wanted. Others didn't. And with me those who think only about themselves and not about the team don't play." He also liked Ibra saying that he has played fantastically game after game. Of course, there are clearly a couple whom we wont be seeing in Florence, but we will come to that later. Another strong performance came from Julio Cesar. He saved our bacon yet one more time. Were it not for him, the outcome would have been far more dire - he may well be my man of the match. 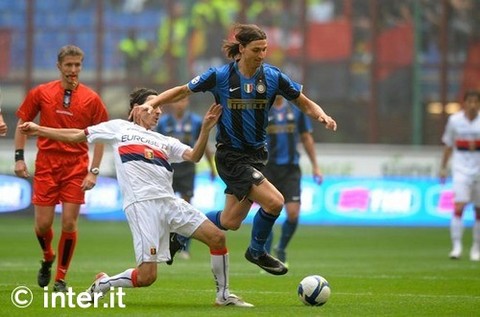 Both Robinho and Ferrari had great games. As I thought, Ferrari came to Inter and showed them what they were missing. He shut down Ibra just like he shut down Kaka earlier in the season. Maybe we will sign him yet. Robinho has always been a favorite (I have a weakness for keepers) and he was unbeatable today (much to my dismay).

AND THEN THERE ARE THE NEGATIVES

Well, first there is the obvious drop of points. Udinese and Napoli are looking fierce and Milan is gaining; if we dont start pulling away it could be a problem for our long-term plans.

Probably the worst outcome from today is Muntari's injury. This is something that we really really dont need. I will update as Inter release information. Right now all we know is that: "He certainly won't be available on Wednesday (away to Fiorentina). We've got a lot of problems in central midfield at the moment."

We picked up 4 yellow cards today: Ibrahimovic, Muntari, Maicon, and Burdisso. Those are never good, but at least we finished with all our players on the field.

Clearly, some of the players were just not doing what Mou thinks they should have been. It seems that players were out of position. The wingers were supposed to "show range" while the centers were supposed to stay "in the same vertical plain but a few meters apart." Mourinho saw none of that, and at 7 am on a crappy stream, neither did I. We will see what happens on Tuesday when when training starts again. I think that Obinna may get a bit of a talking to for taking shots when he should have passed, and, given the comments about the wings, perhaps Adriano. I bet Mancini starts on Thursday. Yikes.

Ok, so this wasn't our day. Unfortunately, that makes a win against Fiorentina all the more important. But we can all stress over that later. I will leave you all with three questions:
1) Given the difference in our record this season compared to last season, do we suck more or is everyone else just better?
2) What the hell is up with Mourinho's hair?
3) Why Is Deki stripping during the game? 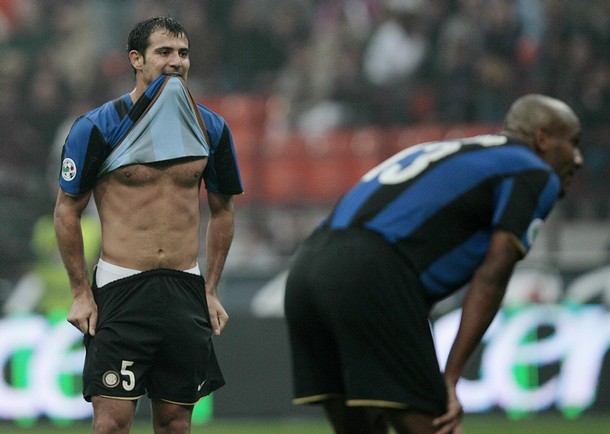