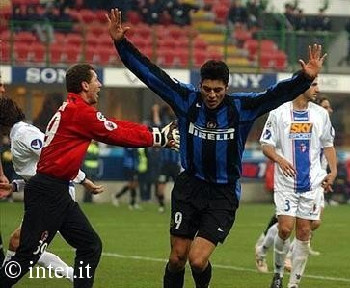 So this may be our only respite in what is a brutal fixture list this month. After this game many of our players will be called-up for their national teams (World Cup Qualifiers), then we are away to Roma, then home to Anorthis Famagusta. That didn't sound so bad at first, then I actually got to see the Cypriots play - they are no push overs. We are in for a bumpy month with no room for error. But I have gotten ahead of myself. One game at a time.

Our "super, super, super calm" coach has called up an interesting group for the game:

First the triumphant return of Samuel to the squad. With all our injuries in defense, he may well actually make the pitch although I wonder if he is really ready.

Second, Bolzoni, a baby Nerrazzurri playing with the first squad. I always like to see youth players moving up the ranks.

And finally, VICTOR OBINNA! Wow. I did not expect to see him called up for Inter at all this season. I guess that since he did not go to Everton he is fully available to Mourinho. On paper, we have some massive talents up front - on paper... Unfortunately paper does not put goals in the back of the net.

With our huge list of injuries and Nico suspended, I will not even attempt to predict what sort of cobbled-together line-up will actually take the pitch tomorrow. Lets all just hope it works.

After their shock-upset against Milan on game day 1, Bologna have been on a slow slide to the bottom. They have lost their last 4 league games, but, on an up-note, beat Ascoli (1-0) in a Coppa Italia match on Wednesday. Still, there are rumors of a replacement in the works for Arrigoni (Walter Novellini anyone?), and a loss tomorrow may very well earn him the sack.

To make matters worse, not only have they lost those games, but have only scored 3 goals in all games this season (2 against Milan, 1 against Ascoli). Yikes. Really, if we cant smoke this team, we need to hang up our boots and go home.

This team is between a rock and a hard space. They are a cornered, wounded animal and therefore, totally unpredicable. Still, their record this season shows a team in disarray, and I think thier win over Milan was less about Bologna playing well than Milan playing poorly (Milan has since fixed itself, though). Bologna has a proud history (7 scudetti) with talent on the team. Even if Di Vaio has not found his form, Mudingayi and Volpi are nothing to sneeze at, and Valiani may finally break out (he is the team high-scorer with 2 goals). Against a back-line held together with masking tape and prayers, they may give us some trouble.

Aside from Bologna's recent stint in Serie B, Inter and Bologna have a long history together. The teams have played each other 159 times over the years, with Inter winning almost half of the games (w: 74, D: 36, L: 49).

Today was Ibrahimovic's 27th birthday. He is in high spirits saying:

"Time goes by and you get older every year, but I'm happy because I'm enjoying life with my family and my football. It's impossible to feel better than I'm feeling now."

Glad to hear it Zlatan, now, please, if it wouldn't be too much trouble, do you think you could score a couple or three goals tomorrow? Thanks.

We have read a lot about Mourinho's new and different training methods, but I wonder if even that would explain the photos of training today. At least everyone seems to be having a good time: 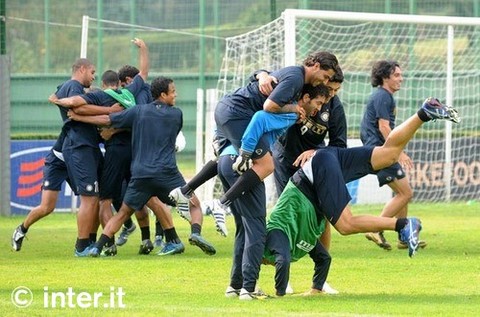 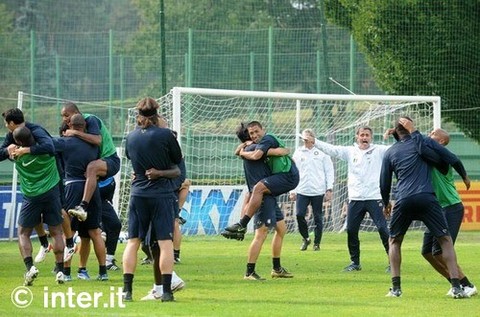 So, I am not going to bother predicting a score. Everyone knows we need to win this and there is absolutely no reason why we cant. 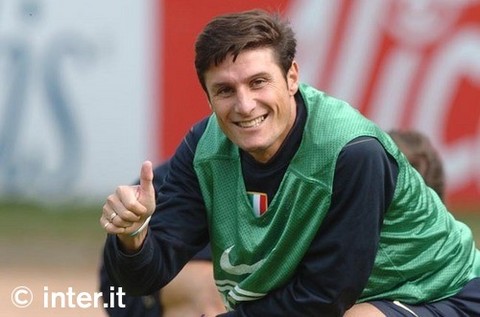