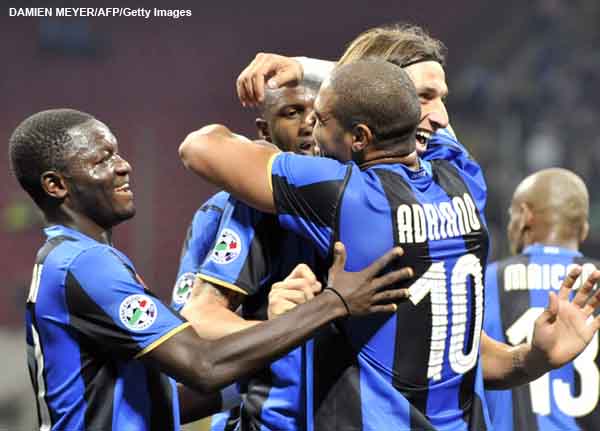 This isn't going to be much of a review. I didn't take notes this time and it has been a couple days. I do have some general impressions, though, and there is some other news to keep us busy.

Just to remind us:

First: We won! Hurray! This was a must-win for Inter. If we had dropped points against a decidedly bottom-half team, there would be no end to the "Inter in Crisis" talk (see Juve, Milan, and Roma if you don't believe me). Happily, though, we took full points, and, after 6 game days, are in third place with 13 points. We would be higher in the standings were not for our inability to actually put balls into the net. Which leads me to my next impression.

Second: Ibra scored an amazing goal Saturday night. Whether it is luck or skill or a mixture of the two (as I tend to believe), it was still a joy to watch. Also, he had some great drives, including one where he powered past the back line and took on Bologna's keeper only to completely miss the open net (I wonder if he is mumbling to himself in Swedish as he walks away). This made me scream just about as much as the goal did. It is this sort of impossible inconsistency that makes me want to shake Zlatan until his teeth rattle.

Third: Once again, Vieiri made me believe. If he can make it through a couple months with no injuries, I think I may just grow to like the guy. Hell, if he makes it to the end of the season without tearing something, I just may buy a jersey with his name on it! As the stats show (see below), he had a pretty great game. He was a defensive beast and he even had a pretty good run at the goal. Now, how do we make sure that this is the guy that shows up against Roma and not his evil twin that played against Lecce?

Fourth: Adriano finally got his name up on the league score sheet. What made this even more special, is that Ibra gave the penalty to Adriano to take. Adriano said:

“Ibrahimovic was set to take it, but I asked because it was very special for me to score at San Siro. He understood and let me step up. It’s great when your teammates help out.”

This is a whole new side of Zlatan, and I think I like it. Maybe it is Mourinho, maybe it is age, but whatever it is, perhaps the old mercenary "me-first" Ibra is gone for good. 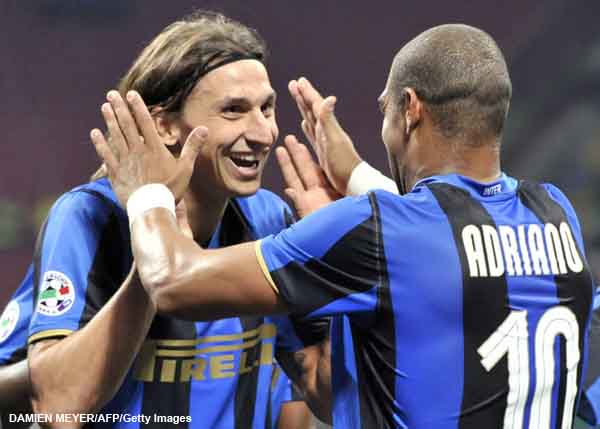 Lastly: It is official, the Inter back line is cursed. During the game, Nelson Rivas ruptured the external collateral ligament of his right knee. He will undergo surgery and, no matter what the press says, I bet he will be out at least 3 months. Add to this Chivu, Samuel, Maxwell, and Materazzi, and one begins to wonder what has gone wrong. Poor Rivas. I hope your recovery goes well and you are back on your feet soon.

Here are the stats from the game courtesy of the Lega Nazionale Professionisti:

And here is Il Corriere dello Sport's pagelle for the players: 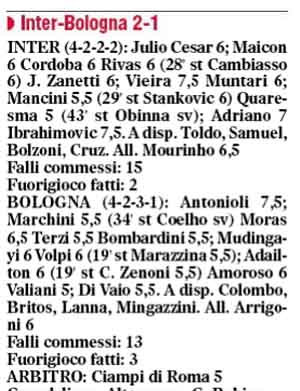 In recap: we won. We played well, we made many chances in front of goal, and we had the greater possession. I hope that soon that will translate to more goals because we cannot count on a handball in the box every game. Also, we need to find some solution to our defensive woes. Either people are going to heal or we need to hit the mercato hard this winter. No more mistakes in front of our own goal (I love our captain, but yikes, what a howler). And more than anything, we need to improve our set pieces. We had far more corners than Bologna (11 to 5), but I do not remember a single one that actually resulted in the keeper having to work. I miss the pre-Nedved Figo. We need a dead-ball specialist! There are just too many missed opportunities with this team. We are better than the scorelines show. Ok, I will get off my soapbox now.

Later we tackle international players and who is going where.

And who knew Cruz hocked shoes? 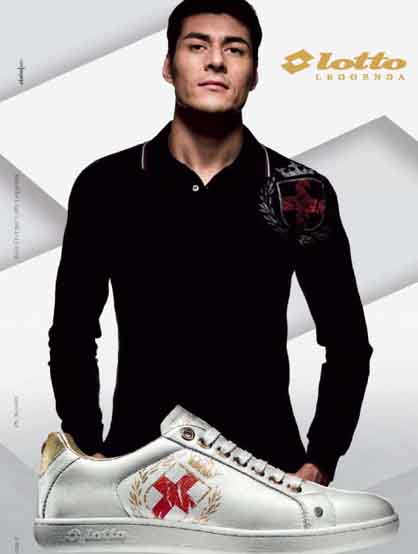