Inter 1-0 Udinese and Other Drama

Share All sharing options for: Inter 1-0 Udinese and Other Drama 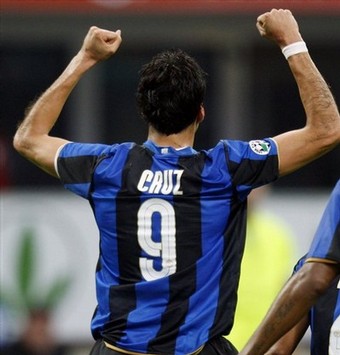 I go away for a few days and all hell breaks loose. First, we FINALLY beat Udinese at the San Siro. Samuel makes his long awaited, triumphant return. Cruz saves our bacon yet again to cement his position as Inter's official super-sub... but for how long? Apparently everyone and their brother wants him (plus Obinna and Crespo) come January. And Mourinho is still having his issues with the Italian Press. Oh, and the never-ending soap opera that is Adriano goes back on the boil. So, let's start at the beginning with our glorious, long awaited victory against Udinese.

Highlights after the jump.

Once again, Inter battled until the last whistle, squeezing three points from a game where other teams may only have come away with one. It is clear that both teams were a bit tired, we both had midweek games, after all. I will admit to a bit of floundering in the midfield and some indecisiveness at the front. Oh, and Cordoba's yellow probably should have been a straight red. It was a bad, dangerous tackle. The only saving grace is that it looked sort of unintentional and he was immediately apologetic. With this card, Cordoba, along with Maicon and Quaresma, is one booking away from a ban. 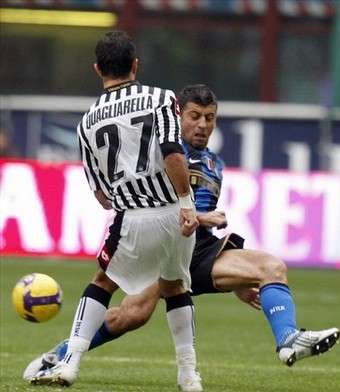 On the positive side, we did not concede. Yippee! Udinese had been on an offensive roll with 19 goals in 10 games. This season, only Juve and now Inter have held them at zero. Keeping a clean sheet makes me very happy. As does the return of Walter Samuel. After having been away so long (almost a year), he returned to the pitch in fine form and played a full 90 minutes. In the end, we did manage to score - Grazie Cruz - Il Jardinero came through for Inter one more time.

And so Inter pick up 3 more points and head to the top of the table. But is this good enough for the Italian press? No! After the game those meanies at Sky Sport Italia just would not leave poor Mourinho alone! He wants to talk about now and all they want to do is rehash the past. It is bound to make a person grumpy. Here he is, at the top of the league (for the time being), and still, the press dont think he is good enough. Constantly being compared to your successful predecessor is tough (you can almost hear him say "Mancio, Mancio, Mancio" in his best Jan Brady voice). In the end, he gets a little cranky and decides to just walk out of the interview (and I dont blame him):

Of course, this leads to all sorts of rumors about Mourinho leaving Inter before this contract is over. Apparently Manchester City are going to offer him 15 million pounds to take over next season. Mourinho, for his part, had only this to say:

"Everybody knows I love English football, but everybody also knows I am Inter Milan coach."

Whatever that means. The whole kerfuffle also supposedly has angered Moratti who would prefer a bit more tranquility with the press and in the dressing room. Sigh. Why is it never easy with Inter? If it is not one thing, it is another. Whatever happened to all those group hugs from the beginning of the season?

And then, of course, there are the continuing dramas of Julio Cruz and Adriano.

Rumors are mounting about a possible transfer for Cruz in January. He is nearing the end of his contract and Inter may look to sell his contract while he can still command some money. Apparently Barcelona are interested as are Roma (who also want Crespo and Obinna). That is, of course, unless he goes back to Bologna to work under Sinisa Mihajlovic.

As for Adriano, it seems he and Mou have made up and he was all set to play against Palermo on Saturday, but then he called in sick with the flu only to come in later in the day. Really, dont the press have anything better to do?

Oh Christ, and then there is poor Ibra who joked that he was tired and needed a rest but now he has to play some stupid freakin' friendly with Sweden against Amsterdam on the 19th. I hate international friendlies.

So, to sum up, here we are, back again at the top of the table... That is at least until Thursday afternoon and the Juvenuts-Genoa game, so lets enjoy it while we can. There is still the same ol' drama swirling around Mou, Moratti, the media and Adriano; and half the team is leaving this winter.

Oh, and nice try Zanetti. Next time it will go in! 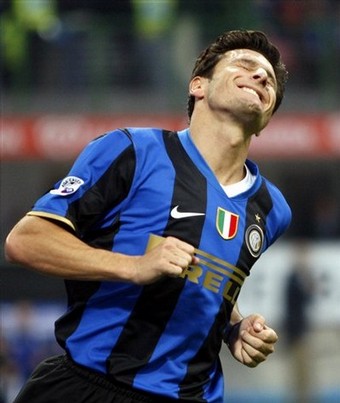