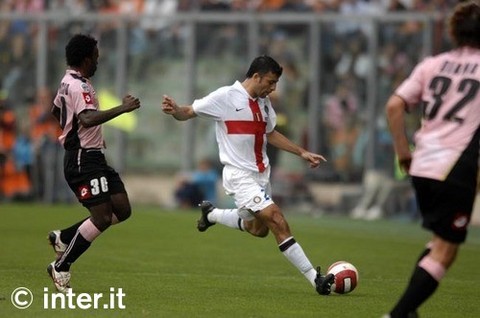 Historically, Inter usually win this fixture. True, last year all we managed was a 0-0 draw (see highlights below), but in the 8 games since Palermo's return to the Serie A in 2004/5, Inter have won 5 and drawn 3. As I said, this fixture last year was one of those draws (sorry for the quality, this was the best I could find):

Mou has called up 21 players for the game:

Notice that Adriano and Quaresma are not on the list. Apparently Adriano would have been called up had he not come down with the flu and Quaresma has been given a couple of days off to go see his family in Portugal. Mou said:

We have a very strong group of strikers and I can't call them all up. Adriano would have been there if he hadn't had the flu. I gave Quaresma the chance to get away from football for three days because he lives alone here in Italy and I wanted him to return to his family for a few days. Next week will be an important week for him. There are national team games two days before the Juventus match. A lot of players will be away and Quaresma will be an important option for us.

So I guess that means he will not be playing for Portugal. Poor kid. Italy has not been easy for him.

Another bonus: Muntari is back from injury! I dont know if he will start, but I do expect to see him take the field.

On the downside, Burdisso is on the list. I hope he is just there as a back-up to the back-up. Yikes.

Well, I need to wrap this up. I have theater tickets for tonight and I really must change. If you, like me, are interested in all sorts of comparative statistics, check out this pdf.

I see no reason why we cannot come back from Sicily with 3 points. True, Palermo have been doing well, especially at home, but so had Udinese and we managed to take full points from them. The boys are rested and in good spirits - there is nothing like a whole week of training to get things clicking.

What not to do when there are cameras about: 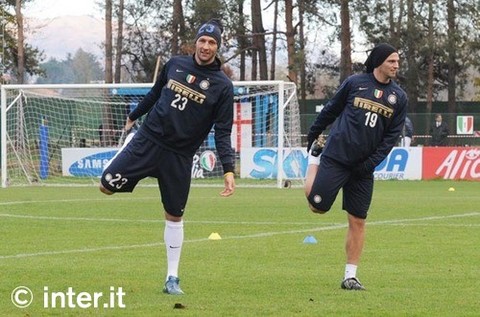