Share All sharing options for: Reggina 2-3 Inter and Anorthosis 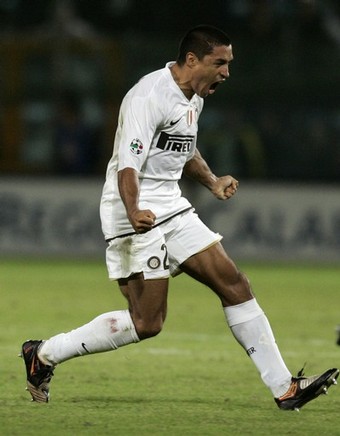 Any win is a good win but, geesh, what a nail-biter. Sure, for the first half hour, everything was peachy: Quaresma hits the upright, then Ibra fed a killer ball to Maicon who slotted it away nicely. The second goal came soon after from Vieira with an assist by Quaresma. Then we started piling on the defensive errors. Reggina was quick to capitalize (as well they should), and like a flash, our record of clean-sheets was broken. I knew it had to happen sooner or later, but it was still rough. I have no idea what Orandi said to the squad during the interval, but they came out fighting. In the 53rd minute Reggina equalize and Inter concede 2 goals for the first time this season.

The rest of the half was end-to-end with both squads pulling everything out for the winning goal. Then, in a last-ditch, do-or-die corner in stoppage time, the ball falls at Cordoba's feet and he blasts it past Campagnolo. Reggina played a great game (and we were not at our defensive best) and they probably deserved the draw, but I will so take the three points. If Ivan were here, I would plant a sloppy one right on his lips! Highlights after the jump.

But there is a dark cloud for our silver lining. Chivu is injured - badly:

The Romanian defender has injured the internal collateral ligament in his left knee. He will undergo conservative therapy instead of surgery, and will begin a rehabilitation programme in the coming days.

C4 thinks he will be our for at least a month. Man, can we not make it through 1 match without loosing a player? What do you bet that Chivu does not see the pitch until after the winter break? Poor guy, and after just getting over the shoulder injury.

But that is the past, and due to the breakneck pace of top-flight football, we must move on.

Mou has called up 21 for our trip to Nicosia. It looks like Cruz in back in favor while Adriano is still on the outs:

Inter's Primavera squad have been doing well, and clearly a couple have caught the eye of Mourinho. Monday will see 2 youth players traveling with the team, Tremolada and Destro, along with newly promoted Santon and Bolzoni. I wonder if any of them will see the pitch.

There is not much to say about this match-up that wasn't already said when they came to Milan. They are still a tough team with tons of talent only this time we will not have Muntari to help out in the midfield. Luckily, though, Cambiasso is ready to play.

Anorthosis had been on quite a run - unbeaten in 39 league games - but this Monday AC Omonia beat them 4-0. According to Ketsbaia:

We didn't mark our opponents properly and conceded three sloppy goals from mistakes. The game was finished from then on.

Hopefully Mou and the boys have watched film of this game so we can take advantage of these holes. Everyone is tired and the string of away games may be beginning to take their toll (Capitano definitely needs a rest). We need every advantage we can find.

I thought I would add the obligatory Keeper photo. This one is from the press conference today. They sure look confident... 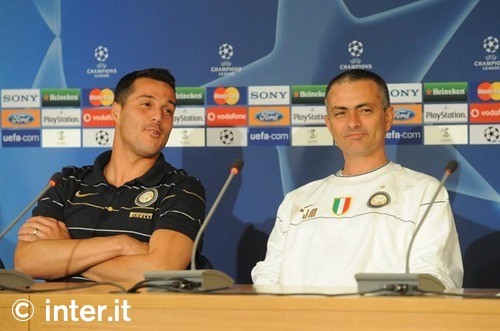