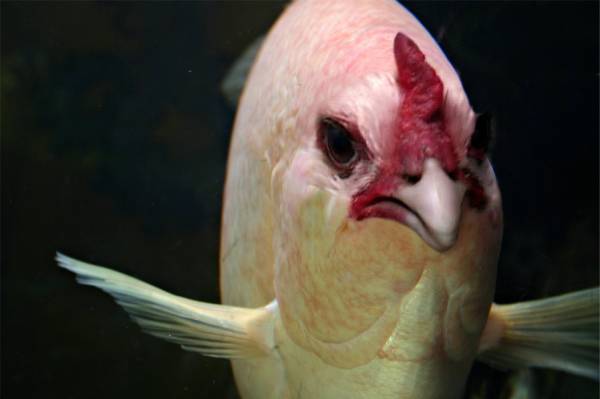 A few words from our fearless leader, Jose Mourniho:

"I never like losing, not even when qualification is sure, but the Inter tonight certainly wasn't our strongest team and this is because I wanted to rest a few players... we had a formation that was neither fish nor fowl. I was tempted to play all the youngsters, but I chose a halfway house, out of respect for the competition and for ourselves... this was not the race where we had to prove to be a team of Champions. We will not be unfortunate to draw a European Great in the second round, it is they that won their group who will have the bad luck to find Inter, for this I am convinced."

Well, I am glad that someone is convinced.

This was not a good game for us. Not, by any means, our worst - that would have to be a toss-up between the home game against Panathinaikos or the away game against Anorthosis. In both we played, as Mou said, like "a bunch of schoolkids." Much like teenagers, we did just enough to get by - 8 points is the bare minimum we needed to move on and it is the fewest number of points among the qualifying teams. Whoopee.

Apparently Mou was proud of the team's performance, saying "They were highly physical and played with great attention and concentration, something that had not done in races against Greeks and Cypriots."

There were some interesting points Mou made in his address. First, he finally admitted that a 4-4-2 works best for Inter:
"We, at this moment, we are at our most comfortable with the 4-4-2 that allows us to express all our strength, physical, mental and tactics in midfield."

Thank goodness for that. But what, then, of our expensive new winger brought purposefully for the 4-3-3 that we cannot make work? Well, they are being re-purposed:
"...the positive notes [from this game] are the new role of Mancini as a trequartista and Quaresma as a second striker."

Wow. I do not think this bodes well for either Crespo or Adriano. Really, how many strikers does a team need? If Quaresma is moving up, then someone has got to go. Also, I have to say, Adriano did not have his best game last night. I think he wanted to do well, but just could not manage it.

Another player who, according to Mourinho, was not at his best was Maxwell, who "never managed to play with the necessary concentration and intensity." That is strange for Maxi. Perhaps it was because he did not come on until the half and was having difficulty finding his game-legs.

Probably the worst thing to come from this game is that Marco Materazzi has been injured. Markus Rosenberg elbowed Marco in the face as they both went up for a header in the 17th minute of last night's game (see below). The ref decided that Marco was faking (because I guess that is what Italians do, or something) and let play resume with no foul called. Marco continued for the rest of the half. It turns out the Rosenberg's elbow broke Marco's cheekbone. He had surgery this morning and his recovery time has yet to be assessed. Tanti Aguri, Marco. 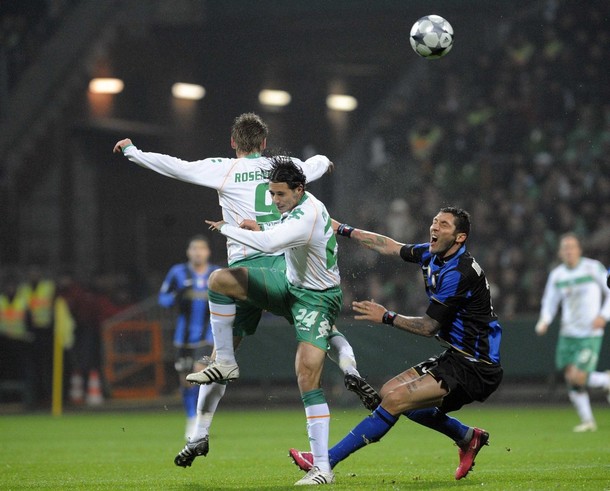 Just after the elbow 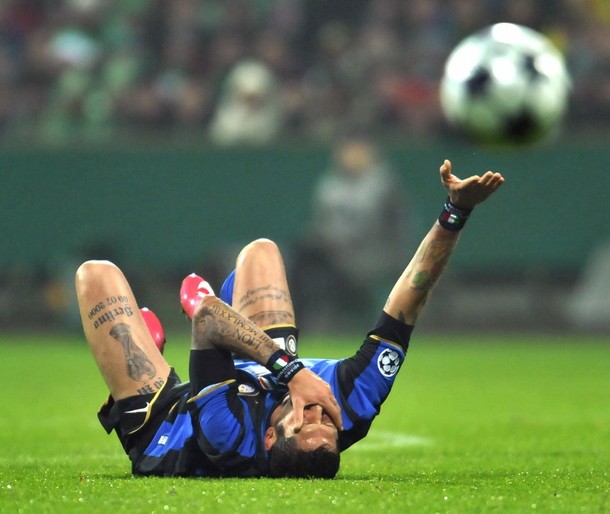 Marco "feigning" injury on the ground.

It wasn't all bad, though. There were a couple of bright spots. One was most certainly Ibra's goal late in the second half (Laurie has a video on the main page). Grazie Ibra! I will most definitely take it as a consolation prize.

The second was that, with last night's game, Javier Zanetti has matched Giuseppe Bergomi's club record of 117 European appearances. Zanetti said: "Inter is my second home, this club has put its faith in me ever since I arrived here. Almost the whole of my footballing career has been here, I almost feel Italian."

What will we ever do without him?

Ok. So we are through. Great. Now lets see if we cant nail this year's Scudetto down once and for all. What do you say? Six more points before the break? Certo.