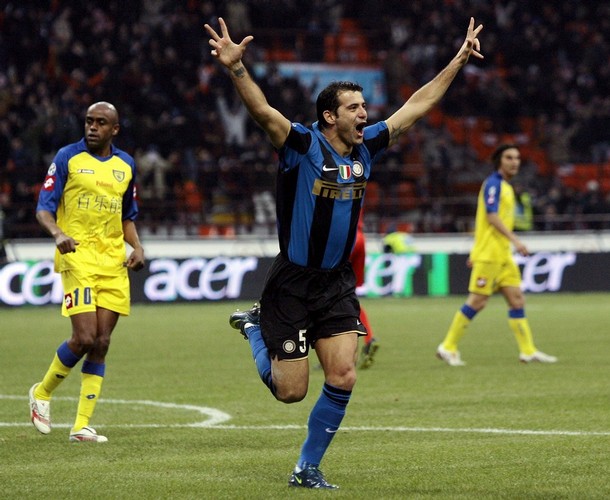 Wow. Four more goals for Inter, including a rare goal from Maxwell, a great show of team playing finished beautifully by Stankovic, and another brace from Ibra. On the downside, we did seem to fall asleep after we went 2 up, allowing them to equalize. Still, they only got two this time, one less that last time, so at least we are improving.

For those that missed the game, here are the highlights:

I think the squad may be getting a little tired. Despite his goal, Maxwell had some issues in defense (like allowing Bentivoglio's goal; see below). JC dropped a ball and had to scramble to get it under control. That is just not like him. Also, the amount of space given to Pellissier before his goal was mind boggling. 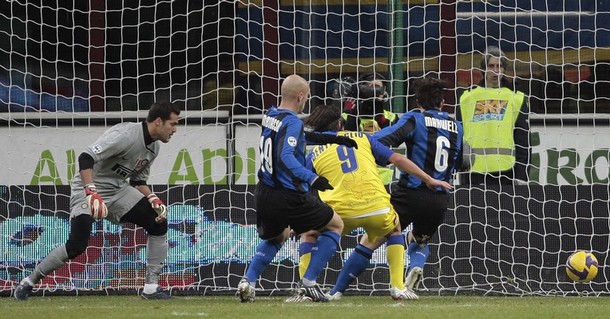 Even Ibra was not immune to this group bout of somnambulation. Or as Mou put it:

"We scored right at the start of the first half but we played with the tempo of a training session. I wasn't happy duirng the interval. I wanted more pressing and a higher defence. We started well in the second half but when we doubled I think everyone in the stadium thought it was over. Players are human beings and there can be situations where they relax, and we fell asleep."

Still, the important thing is that Ibra woke up and did what had to be done. This leads me to something that has been sticking in my proverbial craw. There are some who would say that Inter is too dependent on Ibra. This theory was trotted out again after the Chievo game. True, he scored two goals and we won by two goals, but Inter have 10 other players who have scored for the team. Would anybody say that Juve is too dependent on Amauri? He also scored a 2 goals this weekend - making a win out of what would have been a draw. Of course they wouldn't. Besides, Ibra is a striker. It is his job, to score goals. I just dont see what the problem is. But I digress... Back to the game. 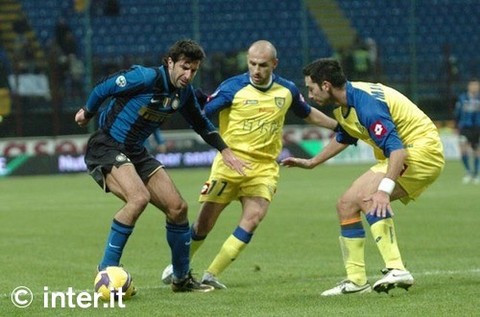 Sunday's game saw the return of Figo to the Serie A. He started in our last UCL game, and we all know how that went - badly. This time he came on for Maxwell half-way through the second half and changed the course of the game. True, he may not have the pace he once did, but he still has vision and is quickly regaining the accuracy to capitalize on it. Mou agrees with me:

"I think Figo was fantastic. Let's not forget that he's a former Ballon d'Or winner. He has personality, he fears nothing and no one. He made the difference playing on the right with Maicon and also thanks to Stankovic's moves into space. Our play led to Zlatan's two goals."

Welcome back, Figo, I hope this season will be the high note you wanted to go out on.

Stankovic had another great game. If you recall, Mou said at the beginning of the season that he was going to make Deki a personal project. Well, whatever Mou is doing, it is working. Dejan is simply overflowing with confidence and I dont think he has been this fit in quite a while (remember this from a couple of months ago?). In addition to his goal, he also picked up a stupid yellow which means he will not be available to play against Siena. But we have time for all that later.

In the end, we pick up another three vital points. Unfortunately, so did Juve. Until they slip up, every point is precious and every match deserves our full concentration. So, lets go to Siena and kick some butt. 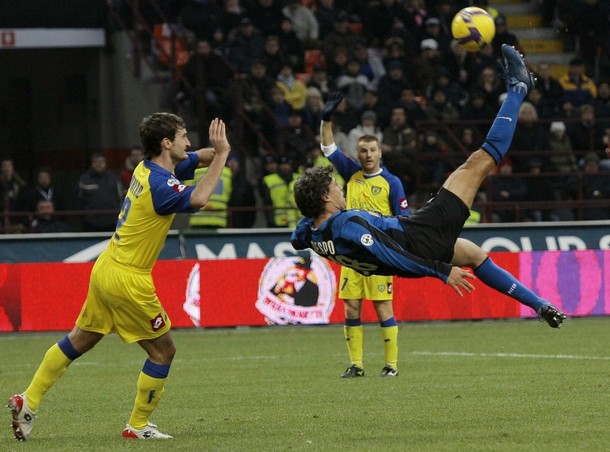