Fun With Statistics - A Brief Interlude

Share All sharing options for: Fun With Statistics - A Brief Interlude 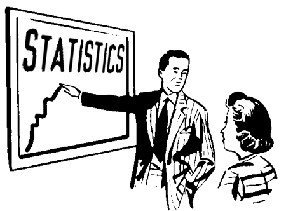 I was trying to get a jump on this weekend's game and Friday's Champions League draw today while I was stuck at home due to the snow. I know, you people in Buffalo or Maine or something probably think I am stupid to be kept at bay by the paltry 4 or so inches outside, but Seattle is different. In Seattle, there are very few plows and sanding trucks, they dont salt or use deicer, there are lots of hills, and no one has any experience driving in the snow. Instead of keeping the roads clear, people just come out and put up "road closed" signs. So here I sat, cursing at the snow. I began the preview blog, thinking I would just plug in the call-up list tomorrow, but then I got to playing with statistics - I can't help it, I am just wired that way. This is what I found.

I seem to recall, the last time Quaresma played, someone was commenting that he seemed to be fouled quite a bit. On the other side, Muntari has a reputation for being Mr. Fouly, and Cordoba has the most yellow cards. Basically, I was interested in determining which player was fouled the most and who has committed the most fouls.

Starting with ESPN statistics for Serie A, I normalized for minutes played (thoughtfully supplied by Inter for each player), and removed outliers (any squad member who has played less than 1 full game worth of minutes). What I found was startling and a bit counter-intuitive.

After all my highly sophisticated number crunching (ok, mainly division), it turns out that the player who is fouled the most is (drumroll)...

So whoever made that observation, kudos - you were right. The next question is: what is driving those numbers? Are they fouled more because they are fast with tricky feet and defenders get caught out? Or is it that both have a tendency to keep the ball too long and make runs at the defenders? Or could it be that both are just have bad balance and fall down a lot? It make you think.

On the other side, it turns out that the fouliest player is (drumroll)...

Alright, so Balotelli is just inexperienced. He is full of youthful exuberance and gets caught out trying to win the ball. Figo, on the other hand, is aging and reflexes are going. That seems pretty straight forward.

By comparison, Muntari commits just about 1 foul per hour (58.92 minutes). Of course, his 1 foul could be more egregious than the 3 Mario made in that hour, but that is about quality, not quantity.

The person with the fewest fouls for and against per minute played is Crespo, but I think that is because he hardly ever has the ball. Cambiasso, a player who always has the ball, only commits a foul every game and a half - statistically speaking (1 per 136 min). I tell you, there are hours of fun in these numbers! Well, maybe minutes.

If you would like to fool around with the data, it is here. Remember, it is only current through the Chievo game, and is only for Serie A games.

Thank you all for indulging me - we will now return to your normal programming. 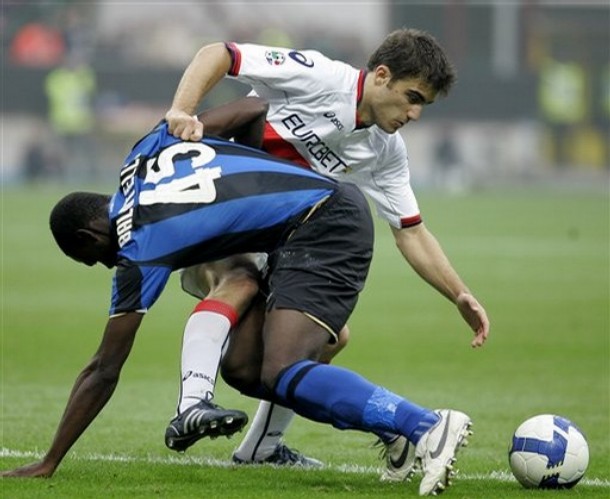