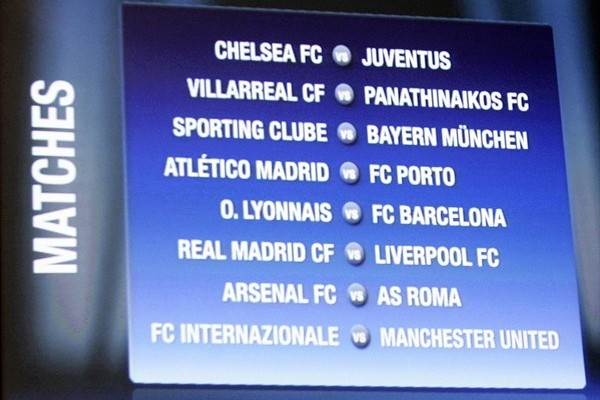 Man-freaking-U.
Yep. We had to go and draw the reigning champions.
Not that I dont think we can take them - they are totally beatable - but it for sure is going to take every little ounce of determination we have. That, and a new, top-drawer striker. I love Cruz and Crespo, but neither of them will cut it. Obinna is waaaaay too young and inexperienced, and Balotelli, well, he needs to learn to play for the team a bit more. Adriano is Adriano - piles of potential but mired in his own neurosis. He can not be depended upon. There is nothing else to do - Papa Moratti needs to buy us a shiny new striker for Christmas!

But hey, isn't there a game tomorrow? 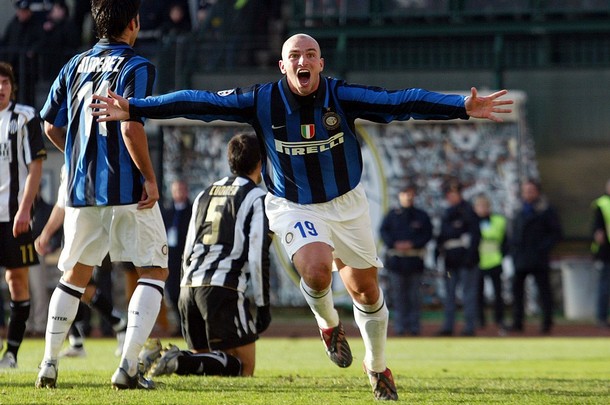 Inter and Siena do not have much of a history together. The teams have only met 10 times and Siena has never beaten Inter. They have drawn a few times, as I am sure you all remeber from last May 11th at the San Siro. The last time Inter traveled to Tuscany and the Stadio Artemio Franchi, we managed to bring home 3 points, but only just. This year, I hope a more focused team will travel south to meet La Robur.

Here is a little memory refresher of our last meeting:

Siena is my favorite of the so-called provincial teams in the Serie A. I was a bit disappointed to see Manninger leave for the dark side this season, but there is still plenty to love about the team. Recently, they have hit a bit of a rough patch, losing their last two games (Napoli and Palermo, both 2-0). Before we get too excited, though, I should point out that both those games were away. At home, Seina are unbeaten and have only allowed 2 goals. It is their dismal away record that has lain them low. They are like soft fruit - they just dont travel well.

Hopefully Matthew over at the Siena board will post a preview.

No matter Siena's position on the table, Mou is taking this match seriously - not only did the team train Thursday morning, but he had the entire squad back that night for dinner. Like the rest of us, I am sure that Mou has noticed Inter's lack of concentration during the last two games. Clearly, he would like to go into the break on a high note.

Stankovic is disqualified for this match, which scares me a bit. I know that Mou was experimenting with Mancini in this role (remember that last, ill-fated CL game?), but I just dont know if he is ready. And Figo? Does he still have the legs? There is also Jimenez, but he is just coming of injury and may not be ready for a full match yet.

Mourinho was feeling in the giving mood today and has practically divulged his whole starting 11:

And as a present for the new year: "Jimenez."

Basically, the only question is who will partner with Ibra up front. Maybe Balotelli will get a start!

I think it is fair to say that we all want to end this year with at least the 6 point lead we have right now. Mou says:

"It's an important match, just like every championship match. It's the last game of the year and it would be good to keep our lead over the chasing pack. We will have to do everything to win because I don't want this lead to be reduced. We didn't train much today but we did very well. The team had an excellent attitude and they have put aside the festive spirit to fully focus on a difficult match against a team that plays well at home."

Alright. Lets just go down there, grind out a win - perhaps a 0-2 or something - so we can come home and enjoy the holiday season. No more of this napping like we did for 70 minutes against Chievo.
There are no more "easy" games. We must assume that Juve will beat Atalanta and Milan will at least draw Udinese. The Napoli game will be interesting. They are without Levezzi, Hamsik, and Cannavaro, and Toro may be on a high after beating Fiorentina in the Coppa. Also, Atalanta is on fire. There could be some shuffling after this weekend.

But what do we care of these lesser teams? So long as they stay a comfortable 6 (or more) points behind, we can look only ahead.

See, it is not just me. Everyone loves them some MARCO! 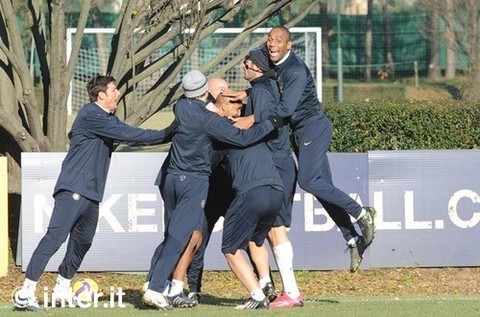