Lazio-Inter: Off to Rome We Go

Share All sharing options for: Lazio-Inter: Off to Rome We Go 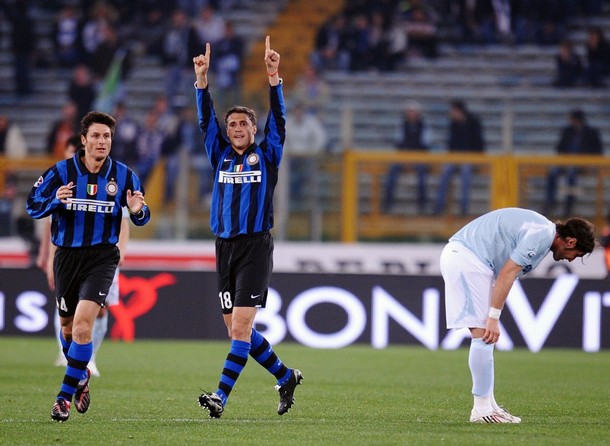 Last time we were at the Stadio Olimpico we had a great time (thank you very much Roma), but we cannot count on that kind of reception this match. Although they had a bit of a stumble last Sunday (lost 2-0 against Atalanta), Lazio bounced back midweek in a surprise upset against A.C. Milan to knock them out of the Coppa Italia. To coin a phrase I hear quite often on Fox Soccer Channel: their tails may be up. For more on the match from the Lazio point of view, check out Cathal's blog.

Here is what happened the last time we met Lazio in Rome for a Serie A game (1-1 draw; grazie Crespo):

Not so bad, but I believe we can do better.

It nice to see Quaresma back up on the call-up list, and Crespo has made a rare return. Mancini, well, he needs to prove to me that he deserves a space - I want to believe. Adriano is not on the list because he was sick this week - Mou expects he will be ready to play on Tuesday. Balotelli is playing with Inter's Primavera squad this weekend (home against Treviso). Apparently Mourinho wants him to learn the difference between playing in the Serie A and the Primavera league. I think a lesson is in the works. Happily, Chivu is back to training with the squad. As much as Mourinho likes stability, it is always nice to have options.

Mou was cagey today about a line-up, saying that we are just as effective with a 4-4-2 as with a 4-3-3. Still and all, I suppose the line-up will start much like it has recently: 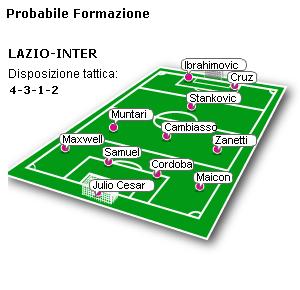 No surprises. I would like to see Quaresma get some pitch time; Figo, I am not so sure. I love him and I want him to do well, but after that game, his presence on the pitch scares the poop out of me. Ditto for Nico (same team, different game).

I dont think this will be an easy match. Lazio are actually pretty good this year. They have some great players in Zarate, Pandev, and Ledesma, and Rocchi (among others). Their keeper has much improved over last year. C4 and Goal.com are both predicting a draw. Frankly, I think we can do better. I see no reason why we cannot leave Rome with 3 points (quick, someone throw some salt or knock on wood or something).

We must assume that both Milan and Genoa will win this weekend, therefore, we must also win to keep pace. I would like to go into the break with a good bit of space between us and the snapping crocodiles below. We need maintain concentration and go to Rome like we own the place. I would also like to keep a clean sheet, but, a win is the most important outcome tomorrow.

C'mon Ricky, use those twinkle toes to score! 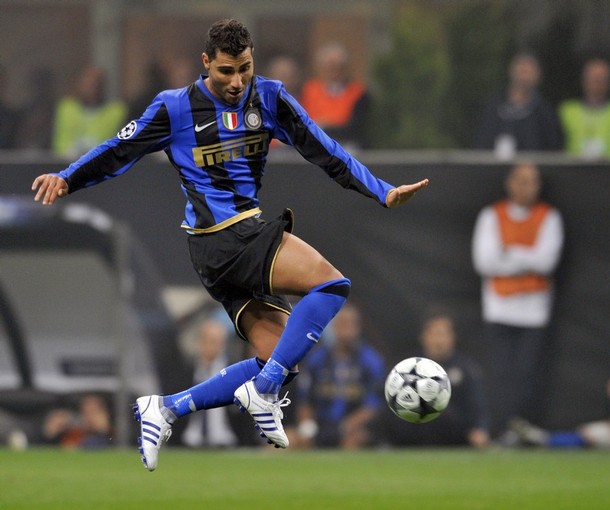