The Special One finally comes to Inter?

Share All sharing options for: The Special One finally comes to Inter? 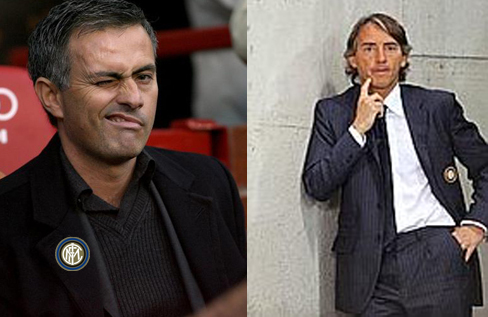 So, it seems that it is official - sorta kinda: Mancini is out and Mourinho is in... unofficially.

Mancini and Moratti had a short meeting today, and although there was no official statement, everyone is now reporting that Mancini is out, including his agent.

As part of his settlement, Moratti would have to pay Mancini for the rest of his contact, €30 million!

In addition, the contracts for Sinisa Mihajlovic, goalkeeping coach Giulio Nuciari, and the rest of Mancini's staff (Fausto Salsano, Dario Marcolin and Ivan Carminati), will have to be settled. This will be a enormous outlay of cash for the team. With Mourinho's pay check €9m per year (€3m more than Mancini) - this may have huge implications in the upcoming transfer season. Of course, Moratti would like to settle with Mancini et al. for less than the full payout - but Mancini is having none of it. And although it is not official, Mourinho is in Milan, supposedly talking terms.

While this is great news to many Inter fans, I am not so happy. Mancini is not perfect but he is the winningest coach we have had in many, many years. It is true that we have not had much success in Europe, but I bet those scudetti sure look nice in our trophy cabinet. Besides, I have now gotten used to winning the league, I cant help but think a change in coaches will slow our momentum. Mancini may be a problem, but he is a problem that I know - Mourinho is scares me. I know he did some great things for Chelsea - or at least that is what I have read - but England is not Italy. Things are different there. I will miss Mancini.

I am also unsure how this change will affect the team we have and who we might (or not might not) sign. Figo has already said that with Mancini gone he would like stay, but do we really still want him? Who are we going to have to sell to pay off Mancini & Co. and Mourinho's salary? I am trying to remain optimistic but I cant help that think next season is going to be a little bumpy.

I guess I am going to have reread Gianluca Vialli's book (The Italian Job). As I recall, Mourinho was quoted quite extensively in it. Maybe that will help me not be so apprehensive. 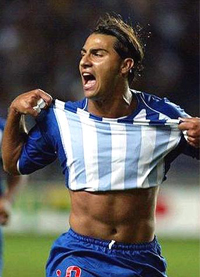 Apparently Mourniho wants Quaresma, but can we afford the €40 million? I mean, without selling Ibra to Barcelona?

We are still interested in Lampard, but have cooled over Drogba. We also want a young Argentinian midfielder named Calello from Independiente. Deco may or may not be in the list. Oh, and Adriano may be loaned out to Sampdoria next season -- if it worked for Cassano maybe it can work for Adriano.

Recoba is finally be on his way he is reportedly moving to Al-Gharafa in Qatar. He has 1 year left on his contract at Inter so we may get a bit of cash there. Another possible cash source is from Juve: they want Burdisso. Depending on who we get to replace him, that may not be a bad idea for us.

As for everyone else, who knows. Aquafresca wants to leave Cagliari, but not come to Inter, and I dont blame him. He needs a smaller club where he can play every game and progress as a player. Hopefully we wont have to give up partial ownership for him to move. Crespo said he wants to stay at Inter, but that was right after the Scudetto win. If someone comes along with the promise of more field time and a boatload of money, he may change his mind.

So, among all of these swirling rumors, all we can say for sure is that Inter has renewed Orlandoni's and Samuel's contracts; Orlandoni until next year and Samuel until 2012.