Share All sharing options for: Nada, Nix, Niente, NOTHING 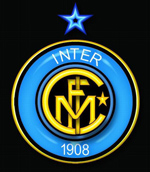 That is what has happened over the week for Inter - well, almost nothing. There have been the usual mercato rumors and gossip, some good, some almost heartbreaking. Also, it seems that between 2003 and 2005 Inter Milan fudged the books a bit. Whoops.

The club has been fined 90,000 euros for financial irregularities such as inflating transfer fees. Lest you think this is all evil Inter, AC Milan and Sampdoria have also been fined, and Genoa, Udinese and Reggina were charged with similar offenses. Seven of the directors from Inter, AC, and Samp were also fined, including Milan Vice President Adriano Galliani (60,000 e) and Samp President Riccardo Garrone (18,000 e). The fines were pretty minimal making the whole thing feel a bit like a slap on the wrist. This sort of bookkeeping shenanigans seems endemic and should probably be dealt with a bit more harshly (and I say that as a fan of one of the clubs fined). I admit, I dont fully appreciate the implications of "stipulating contracts for rights to player services with far higher values that those really attributable to those rights," so I cant speak to what this may mean to the clubs involved or Italian football. Really, it seems like a little creative bookkeeping that potentially could go horribly wrong, but in this case, didnt seem to hurt much of anything. I am sure someone out there will tell me why this whole thing is a problem.

On to other "news"

Basically, outside of Ivan Ramiro Cordoba extending his contract until 2012 (or "for life"), there has been NO MOVEMENT AT ALL on the transfer front. No one has left, no one has come. I find this to be very distressing. I understand that many of our transfer targets are at Euros right now, but this is getting ridiculous.

So, since we cant talk about actual facts, lets get down to baseless rumors. 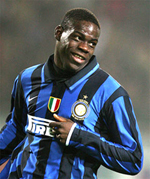 Despite his lack of feelings for Inter, Balotelli is rumored to be ready to sign a 5-year contract for 1.3 million euros initially, increasing to 3 million a year. Of course, there are also rumors linking him with Arsenal, Chelsea and Liverpool, so you decide.

There are conflicting reports on Suazo's future. His agent says that he is not leaving Inter, but there are other rumors linking him as part of a swap (see below). Also, Crespo may be on his way across town to Milan.

Apparently Juve and Fiorentina were interested Burdisso but Branca says that he is a "fundamental player." It is interesting, though, that Branca does not rule out a transfer, only saying that "it will be difficult to begin a negotiation for his transfer." Bargaining tactic maybe?

With the appointment of Mouinho as our coach, I, for one, have been licking my chops at the prospect of signing some of that prime Portugese talent. Most strongly linked with Inter are Deco, Quaresma, and Carvalho. After watching Portugal kick ass at Euros, I would gladly take any of these boys (or maybe all three!).

I was a bit worried that Scolari going to Chelsea would hurt our chances with all of these players as Chelsea is our main rival for Deco and Quaresma, and Carvalho is signed with them right now. Apparently, though, the players for the Portuguese national team are a bit miffed at Scolari for announcing his appointment to Chelsea now when he told the team not to talk about transfers during the tournament. Of course, this is the most baseless type of rumor from Goal.com, but it gives me hope that when Quaresma says that he has signed for a big club he means Inter. Let's all cross our fingers, shall we?

Last week Deco was "hours" from officially signing with Inter. Well, five days later and it is still between us and Chelsea and there is no movement. From what I have read, it is thought that he will come to Inter if Lampard stays at Chelsea but go to Chelsea if Lampard comes here. Frankly, I would rather have Deco but then again, my main problem with Lampard is a gut reaction to his Englishness and the problems English players have historically had in Italy. It is totally without real basis and I am fully ready to eat my words if need be.

Carvalho was also ready to follow Mou to Inter until the whole Scolari thing. Now he may be rethinking that move.

Marco Branca says that Inter are interested in Mancini (Amantino that is) and may offer full ownership of Andreolli (or Cruz, Suazo, or Crespo) in return. I am particularly worried about this rumor. Mancini seems potentially great but is usually mediocre. Also, Roma do not seem very upset at the thought of loosing him - perhaps there is a reason! Will someone please tell me why we want this guy? I suppose Chivu worked out so maybe there is hope.... if it is true, that is.

Negotiations for Konko have broken down as Genoa would like to sell the player outright but Inter are only interested in co-ownership. I dont really know how to feel about this - I cant say I remember much about Konko one way or the other. Anyone? Is he good? Do we want him for our squad or, providing any of it is true, would this be a speculative buy? 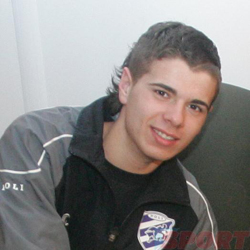 Here is something that totally slipped past the radar. It seems that back in May we signed a young Romanian midfielder named Cristian Daminuta. Now, this happened before Mancio left and his name does not show up on the sqad list for Primavera players or in any official Inter news so I am not sure what to make of it. I suppose it could be a speculative contract and he will be out on loan. Or, it could just be untrue.

Then there are the Goal.com rumors about Bently (Blackburn winger), Aguero (Madrid striker), and La Gazzetta says we are in talks with Valencia for Joaquin (another midfielder). If the Juaquin thing is true, it may be a sign that Quaresma has already gone with Chelsea.

Oh, and we also want Robin van Persie. After the Dutch performance in Euros so far, who doesn't?

So Inter are "linked" with something like 7 midfielders, 2 strikers (if you count van Persie), and 2 defensive players. AND NOT A SINGLE SIGNING!

PS Dont forget to buy your Inter Jeans! It is what all the Serie A Champions are wearing this year: 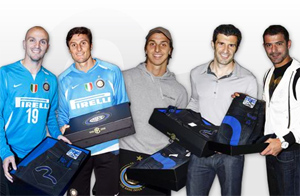 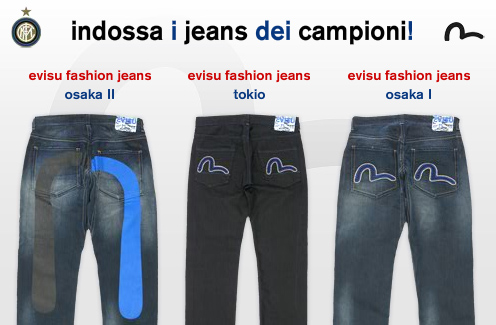 They should really stick to Football!