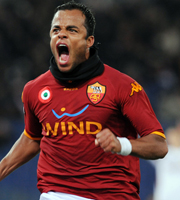 Yep, it looks like Inter are about to get another Mancini - this time with a soft "c".

According the Corriere dello Sport, an agreement has been made between Mancini and Inter, but negations are still underway with Roma.

Mancini comes on a 4-year contract for 3.3 million euros a year. Roma would like 15 million euros for the transfer but Inter are holding for a cash-plus-player deal, possibly involving Suazo.

Although Inter have not made any official announcements, it is already on Wikipedia so it must be true.

While many Roma fans feel that Mancini is leaving purely for financial reasons - he will almost double his salary at Inter - there is some speculation that it has more to due with his deteriorating relationship with Totti. Basically, if you dont kiss "King Totti's" ring, you are out (cf Cassano). Hopefully their loss with be our gain.

As for throwing Suazo into the deal, it is clear he will go somewhere, especially if Adriano comes back as he so clearly wants. Roma is as good a place as any. In fact, if he does go, I hope him nothing but the best. It is just a shame he never got on well at Inter. 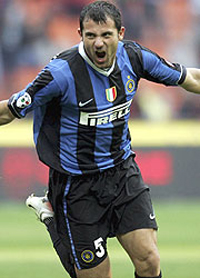 On the out list, La Gazzetta is reporting that that Stankovic has an agreement with Juve for 3.5 million euros a year on a 3-year contract. The deal will bring in about 12 million euros - just about enough to secure our new Brazilian winger.

I dont think it surprises anyone that Stankovic is moving on. I am surprised to see him at Juve, though. Dejan came to Inter from Lazio in 2004, and although he was plagued by injury this last season, he was an integral member of our 2006/2007 season.

I knew this was coming, but it is still hard to say goodbye. He had his moments for us and I think, overall, he was an asset to the team.

All I can say is: Dejan, good luck and Stanks for the memories.

(I know that was corny and horrible, but if I didn't say it, someone else would have - admit it, you were all thinking it already)

Inter is still linked with Lampard, although apparently talks have stalled. Lampard would like a 4-year contract with Chelsea. Due to his age, Chelsea only want to give him a 2-year extension.

Lampard is part of the holy Chelsea trinity (with Deco and Drogba) that Mourniho has said he would like to bring to Inter. Well, Deco is not at Chelsea yet, but they really really want him.

I am not nostalgic but I really like those three players, they helped me win some great titles. I cannot forget Deco, Lampard and Drogba. These are players who I could never say no to. I would love to work with them again in the future, but I am not too obsessed with this idea. I don't know which of these three will leave their clubs, but we will see. 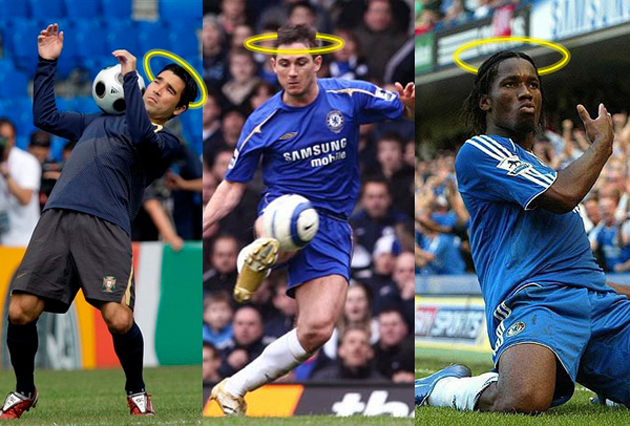 I dont know if we have a hope with either Drogba or Deco. The thought is that Deco will want to follow Scolari, but if our barrel of cash is bigger than Chelsea's, that may pull him towards Milano.

And in case you were having trouble sleeping at night wondering which Serie A player has the sexiest tatoos, wonder no more. By popular vote (last year), it is Marco Borriello (#1) then Marco Materazzi (#2).

Finally, something other than half-naked WAGs.