Share All sharing options for: Chalk it up to Growing Pains - No Trofeo Tim for Inter This Year

I must admit, after a bottle of wine with dinner and hand-made cannoli from the lovely Sicilian woman at the farmer's market, I am feeling very little pain right now. Not at all like earlier in the week during the Tofeo TIM. Lets just say that my coworkers had to close the door to my office because I was swearing up the place. According to Moratti, though, Inter are still "under construction" so we fans should not be too concerned about the loss.

Alright, so the little gamettes did not go entirely according to plan. First, we let Iaquinta score on us, then, we let Milan go ahead on penalties. And during all that, we suffered yet another knock to our walking-wounded defense - Marco Materazzi sustained a first-degree injury to the semi-membranous muscle in his left thigh. Whatever it is, it sounds painful. If you want to know more about the games, there are "highlights" after the jump:

And on top of that, Vieira also picked up an injury, strangely the same kind as Marco (hmmm, training issues?). He has suffered further damage to his left thigh - an exacerbation of the injury that kept him from playing at Euros this year. This injury will keep him out for at least a month, but hopefully he should be back for CL group-stage games in mid-September. Patrick is remaining optimistic, though this was clearly a blow for him. Vieira is aging and injury-prone, but at the end of last season, when he was finally fit,he showed us all that he could still play with the best. So, good luck and speedy recovery Pat, and thank you Daddy Moratti for Muntari!

Next Tuesday we have to take on Bayern Munich in a real-ish game. Inter will be without Samuel, Cordoba, Chivu and Ibra for the game, and Mourinho expects a tough game saying: "I prefer to have it tough now so then it will get easier later." We may get to see Cambiasso in defense again (YIKES). I just hope we are ready - or at least more prepared than those Trofeo Tim games. And please, no more injuries.

On a much brighter note, Javier Zanetti extended his contract today until 2011 saying "Inter is my family, I can not imagine my future without the Inter Jersey." Sigh, he is so dreamy. Also, August 1 was Mancini's birthday. Number 28 - Buon Compleanno.

We have some wounded players making their way back. First, Zlatan "The Crotch" Ibrahimovic is back at work, as were Rivas and Chivu. Joy of all joys, Zlatan even scored a goal in a training match. There may be hope yet.

On Thursday, Cordoba and Samuel trained with the rest of the squad for a whole 30 minutes (I know, baby steps), and are now up to 50 minutes.

All of these injuries (past and present) may well turn us back to the transfer market. Inter is, it seems, disparate for a fit defender (and maybe another midfielder?). And that brings us to....

Earlier in the week, Inter had seemingly acquired ex-Roma defender Ferrari on a free Bosman transfer. Well, now all that seems happened was a single meeting. Clearly, nothing has been signed. On to Plan B: Steaua Bucharest defender Mirel Radoi. Unfortunately, Steaua want 14.5 million euros for him which may be more than we are willing to pay.

So now what? Well, how about a trade with Lazio for Stendardo? They are in the market for a new midfielder now that Mutarelli is no longer in the picture and would be happy to make a little trade for Pele - all just on loan, of course. But now with Vieira injured, we may not want to give up Pele so might offer Stankovic. It all seems very hypothetical at this point.

And Fiorentina still want Burdisso. Right now, though, we need all the defenders we can find. Ask again at Christmas.

For those of you who also follow the English Premier League, you can pit your wits against Jose in the Telegraph's fantasy football league. There is big money attached, you could win 1.1 million POUNDS. Apparently there is not enough real football in England for managers to heckle each other about so they have had to turn to make believe football. I guess none of these men would be where they are today unless they were competitive, but really, unless this is for charity, don't they have more important things to do? 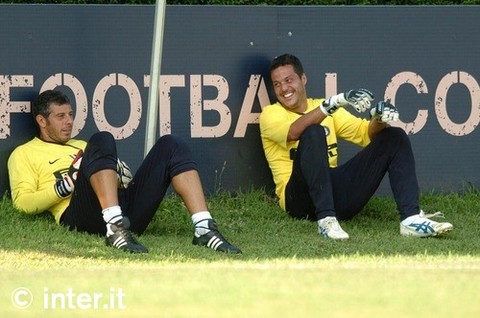 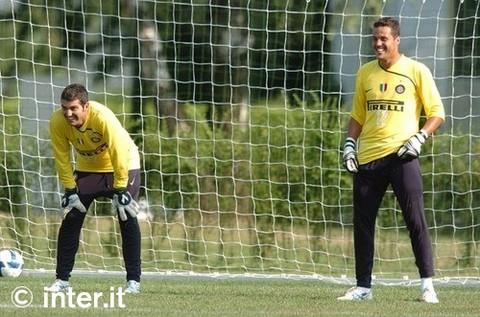