Inter's next test is the Amsterdam LG Tournament, against Sevilla then Ajax (see schedule below). Unfortunately, this will have to be a preview of both as I will be out of town this weekend with no access to the internet.

The format for this tournament is a bit strange in that every team does not play each other (Inter will not play Arsenal). The winner of the tournament is decided by point accumulation - points are awarded by winning a match (3 points) and scoring (1 point per goal). If two teams end up with the same number of points at the end of the game, the advantage will be given to the team that has scored the most goals. If there is still a tie, then the team who scored ealiest in their previous matches will be given the lead. So, it behooves us to score early and score often.

[I think it is pretty funny that we also have a Jimenez, Adriano, and Crespo]

Really, the only difference between these games and the Bayern game is that some of our players may finally be coming off injury. Cordoba, Ibrahimavic, Jimenez, Samuel, and Rivas trained with the squad today so may get a some play time this weekend. Cruz, Chivu, and Materazzi are still not training with the team and will probably remain in the stands. I have not found any update on Julio Cesar's strain so I don't know if he will play or not.

Apparently Sevilla is on a bit of a streak lately, scoring 20 goals and conceding none in five pre-season games. Sounds pretty formidable until you notice that three of those games were against regional sides. The only "big" teams they have met were Moscow Locomotive and AC Milan. Sevilla beat Moscow 3-0 (with a pretty amazing saved PK by the Sevilla keeper):

Sevilla also beat AC Milan (1-0), but the goal was a spectacularly headed-in own goal by Gattuso (povero Rino).

So, the actual stats are not as frightening as one might think. We can totally take these guys!

Ajax have been going through some shrinking pains recently, van Basten recently told four players that they were now training with the youth team (ouch), and a further four were told that although they can remain with the first team, there is almost no chance that they will actually see the field (double ouch). I am not sure, but I think that, to date, they have only played the two friendlies: one against Cardiff City (ended 0-0) and one against Sunderland. Ajax won that game 1-0, with a goal by Huntelaar. Ajax play Arsenal just after we play Seville on Friday so we can have a bit of a sneak peak before our game on Saturday. I think we can totally take these guys, too.

I know, Marco van Basten's Dutch team at the Euros this year were very very good, and, like Jose, he is a new coach with something to prove. Still, he doesn't have nearly the talent that were available for the Dutch National Team at Ajax, and with all of this squad shuffling, they just seem disorganized (and I bet it is bad for moral). 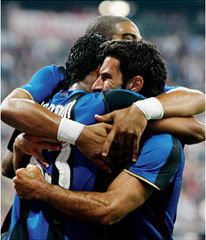 So, there you go. Two more tests stand before us and I think we are up to the challenge. We have (hopefully) some players coming off injury (Samuel, Cordoba, and Ibra, I am looking at you), and a very motivated team. I look forward to watching the Friday game (against Sevilla), but for Saturday, you are on your own. Hopefully one of you will watch it and post your impressions. I will be back Monday and will try to have a recap of the tournament up soon after.

Maria Jose Lopez (Jimenez's wife) on the left and Keyla Espinoza (Balotelli's girlfriend) on the right: 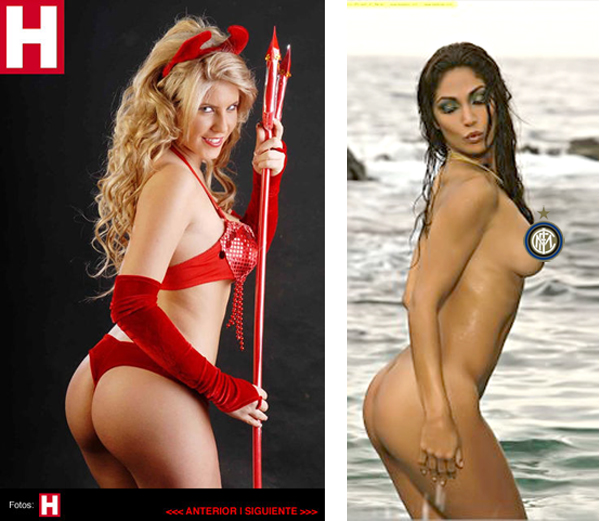 And a little something for everyone, Figo and his wife Helen Svedin: 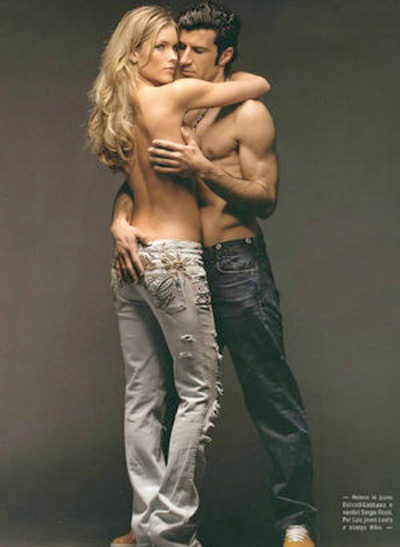