Toro Comes to Town and Ibra Gets His Century

Share All sharing options for: Toro Comes to Town and Ibra Gets His Century 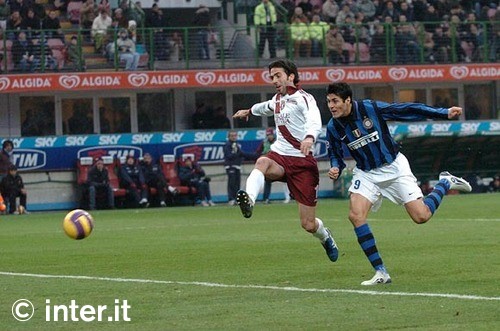 What: Inter v Torino
When: Sunday, February 1, 3:15* pm local time (6:15am pacific, 9:15am eastern)
Where: San Siro, Milan
How to Watch: Broadcast on FSC, MyP2P is still not providing links to Serie A games, so there is always Justin.tv, Rojadirecta, Ustream, and ATDHE.net. Somewhere in there should be a stream.

*All Serie A and B games are starting 15 minutes late in protest against the 1-year bans handed down to Daniele Mannini (Napoli) and Davide Possanzini (Breschia).

Inter welcome Torino to the San Siro this Sunday for an afternoon game, and hopefully, a good drubbing. The game will mark 100 appearances for Zlatan Ibrahimovic in an Inter jersey. Hopefully, he will get a few goals to celebrate. Inter come into the match in high confidence, which could be the kiss of death of us. It seems that whenever we do well, we follow it up with a stinker. Fingers-crossed that we have finally broken the cycle. Last year, Inter won this tie handily 4-0 (see below); this year, a similar result would be just what we need to really kick-start the second half of the season.

I remember this match -- poor Recoba sitting on the bench for Toro, wondering how on earth he ended up on the wrong side of a 4-0 scoreline.

Once again, our opponent does not have a proper blog here on the Offside. Really, you lurkers, jump on in and lend a hand.

Ok, Torino is struggling. No use mincing words. They have only won 4 games all season, all of them at home. They have only 17 points and are on their second coach this season. Still, they have some talented players and last week's 3-3 match against Lecce proves they can find the net on occasion.

Novellino has called up 20 players for the match:

Basically, Novellino needs a result in this game. Toro have only won 1 game in the last 10 under his control. One more loss, especially something akin to last year's 4-0, Cairo may once again start playing musical coaches. A team with nothing to loose can be a truly frightening thing.

As always, the pressure is on to keep our position in the standings.

Materazzi, Samuel, Chivu, and Vieira are all still injured. Muntari and Adriano are suspended, and Balotelli doesn't deserve to be on the list. Inter's web page, though, says that he, along with Obinna and Dacourt have been left off the list for "technical reasons".

(I would like to link in the article where I found this information but Inter's web page has converted to flash. While I like this because the SO works for Adobe and we all want the company to do well, the format does not support linking individual pages. You will all just have to take my word for it)

Mourinho has put the onus on Inter to take control of the match from the start, saying:

"It will depend on us. With so many matches close together in this period I think the team has understood how you win and lose, and why you win or lose. Intensity, desire, personality, patience and, above all, a good start to the match are key tomorrow."

And I must agree. We cannot make the mistake of underestimating Toro based on their position in the table. We need to play with the same intensity we would bring to a Roma, Milan, or Juve game. Basically, if we manage to keep our heads out of our butts, we should be able to take this game.

With all the injuries and suspensions, I will leave formations up to more knowledgeable minds. I have no idea who will play in midfield and Mou gave nothing up in his press conference.

So, as I said, he was not called up for "technical reasons." In the press conference today, Mou denied that Mario shed any tears in training yesterday, adding:

"Mario is a good boy. Whoever thinks I like excluding him in this period, is wrong. Working with me is difficult or easy. It's easy for who always has the desire to win, to work for the team, to improve every day. It's difficult for who thinks he's king, that only the others have responsibilities, for who expect presents. For Mario, working with me can be easy or hard. It will depend on him. But he will understand. I'm convinced he will understand."

I hope so, Mourinho, for all our sakes.

Ok, so lets just keep our wits about us tomorrow and play like everyone knows we can. Unfortunately, you will have to watch the game without me - 6am is far too early for me.

Well, at least he is all smiles now. 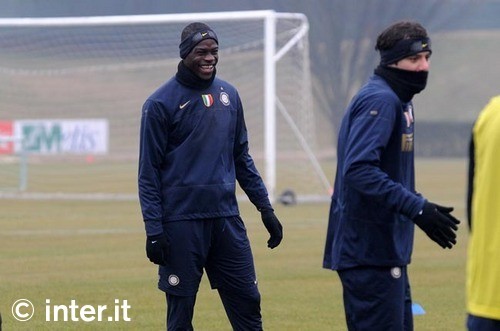