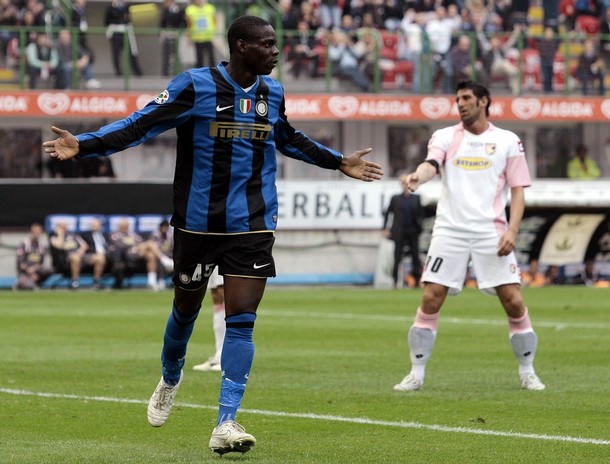 The results are all in, and, no matter the outcome of the game tomorrow, we will still be top of the table come Friday. Although a draw would not be a disaster at this stage of the competition, a loss would sting. Plus, I want to win this one - four points in front of Juve is far more comfortable than one. Two would be barely adequate. The problem is, Palermo want it too. A win for them would catapult them into fourth, endowing them with all the bragging rights that come with that position (KJ, I am looking at you, buddy). For the record, I hate going second. I much prefer to set the pace than try to play catch-up after the fact.

Palermo do not have a lot of happy memories of the San Siro: out of 24 total games played, Palermo have only won one and that was a Coppa Italia match way back in 1980. We have drawn an additional seven games, but mostly, Inter win this tie. Oh, and just in case there is someone who keeps track, Inter have also outscored Palermo by a factor of three (scored 57, allowed 16).

Last season was one of those draws. We had them right were we wanted them, down 2 goals, then let it all slip away in the space of something like 10 minutes. This just goes to show, Palermo is a team you can never turn your back on. Here are the highlights to jog your memories: 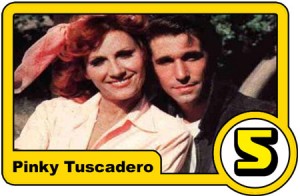 Hopefully Steven will put something up because I think the only Palermo game I have seen all season is their Juve demolition. Basically, I am in no position to say much of anything about the team. They have been enjoying a fine run of form and are definitely looking to collect yet another scalp.

Spiderman has brought 19 players back to his old stomping grounds:

There are a few important names not on this list, including Balzaretti, Bovo, Budan, Mchedlidze, and Rubinho. Liverani is also not on the list, but from what I remember from reading the comments on the Palermo board, that is no big loss. Carrozzieri is still sitting at home wishing he just said no.

Even with all the players left at home, Zenga still has quite a bit to work with. Cavani and Miccoli both have 3 goals apiece, while Pastore (touted as the next big Argentinian thing), has a couple of assists. Sirigu may be the second choice keeper (having only started 3 games), but he has only conceded one goal. Not bad.

Their back line is a bit depleted, at least that is how it looks to an outsider. Still, they have Danish wonderboy (and teen hearthrob) Kjaer who is doing quite well indeed. So well that there have been rumors linking him to Inter even (all quickly denied, though). All I can say is that he did a pretty good job shutting down Ibra last year (see above).

They do look quite fetching skipping down the pitch, hand in hand, in their lovely pink kits.

Everyone knows that Walter Zenga has only nerazzurri in his heart. All told, he spent 22 years with the club and he has stated more than once that his dream is to one day coach the team. He even likes Mourinho, saying:

The team coached by Mourinho has tremendous potential. I have maximum respect for the Nerazzurri but we have all the characteristics to play a great game with serenity. The most important quality of my Palermo? They have zero limits. There is no need to think about the past but only what is positive that has been built, of course I go to the San Siro to get the maximum. Those who take on Inter away often pay a steep price for the impact of the environment and playing with fear is not the way to get a result. What do I like about Mourinho? Everything, he is a coach who has won everywhere and deserves great respect.

Last year, the Curva Nord welcomed Zenga back to the San Siro with open arms, I wonder if they will be so happy to see him this time. 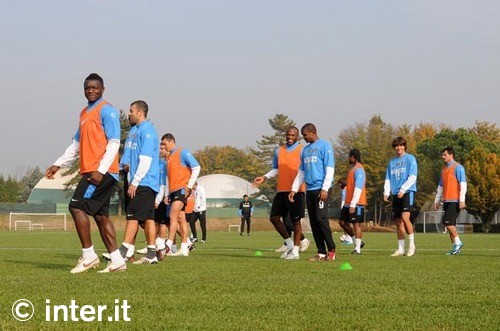 Sneijder is still out, and is likely to be for another week at least. On the up side, Milito and Motta are back (hooray), and according to Mou, will start tomorrow. I know that Wesely has become a very important part of the squad, but he is out and we have to make the best of what we have (which is actually pretty darn spanky when you think about it).

It looks like we will go back to the 4-3-1-2 with Deki behind Eto'o and Milito. Plus, Mou said today that he would change three or four players against Livorno, so I think this week will be a pretty standard lineup. Lucio was going to rest either this game or the next, and given that he has been called up, I'm guessing that he will sit out on Sunday. Assuming I am right (and it is always better that you do), the lineup may go a little something like this:

Mou continued the love-fest with Zenga today, saying that he respects Zenga for the path he has taken in his career, and that the two of them had a great friend in common, presumably Inter, which made them friends as well. But no matter how friendly the two of them are now, "during the 90 minutes, he will be our enemy." He later joked:

"It's a drag, I like Walter, but I like to win. Tomorrow we will see if he is a true Interista and loose for us. If he wins, it will not go well, how can he train Inter in the future is he wins tomorrow? It's like the players that score against Inter, how can they claim to be part of this team?"

Most of the rest of the press conference was about Mou's rotation. He thinks that the Serie A schedule should allow for three days between matches because "between 48 and 72 hours is precisely the time fundamentally necessary to psychologically and mentally recuperate after a game." The journalists also pestered him about Real Madrid's shock 4-0 loss. 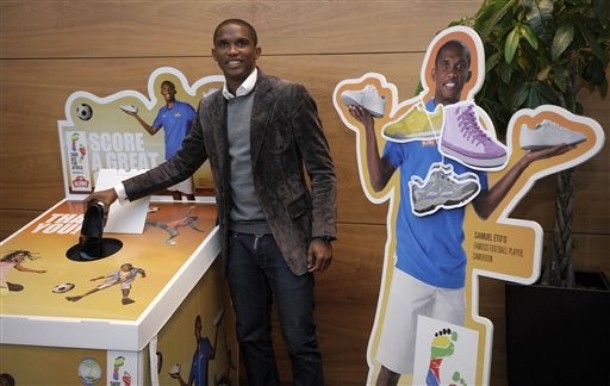 Samu took some time off on Monday to go to Barcelona and do some charity work. What a great guy!

What can I say. We are top of the table, even with a game in hand, but there is still a long way to go. We clearly have the talent to take on all comers, but not always the will. We are struggling with injured players, but so is just about everyone else. I know that Palermo are coming for points, and that belief is powerful, but there is a fine line between confidence and over confidence. Sometimes, when teams come to win they play just a bit too forward, leaving lots of room to exploit at the back. It is true, I am a bit worried about the game - it is tough to lose Sneijder and Z has something to prove - but I am always worried before a match. That is the way it should be. No game is ever a sure three points. And even if they are a little rusty after such long layoffs, it sure is nice to have Milito and Motta back

Mou said that everyone had been training well, and that means Milito has had plenty of time to reconnect with Eto'o (even if he has been in Barcelona for charity functions). Balotelli (who does not drive a Ferrari, no matter what Tuttosport says) is finding his form and even Vieira has not been completely terrible. We are playing on home ground and I fully believe we are the better team. The question is, can we actually deliver on all that promise? I think we can and I am cautiously optimistic about tomorrow.

Oh Mario, I know you are trying to be all tough with your new friends, but you are just too damn cute! You just make me giggle.