I understand that being called up to a National Team is an honor. It means that among all the players from your particular country, you are one of the very best at what you do. Great. Good for them. I am proud of our Internationals. Right now, Inter has 13 squad members out being the best at what they do for their countries - AND IT BLOWS.

Look. I love football and I love my team. After a particularly stressful week, there is almost nothing better than a Sunday morning spent sitting in my bead looking at sweeping view out the full wall of windows and watching my beloved nerazzurri beat the snot out of some poor unsuspecting team on TV while my sweetie plies me with espresso. It is heavenly. But this weekend, all that has been cruelly ripped from me. Well, I still get the espresso and the sweetie and the windows, but as for the rest, the really important bit, I will have to make do with some crappy-ass international game while I feverishly pray that none of our boys pull up injured. Especially as most of them will be playing meaningless friendlies. Ok, the Brazil v England game may be worth watching, but it is hardly the same. Somehow, I just dont think I am alone in this.

So I guess my question is, where do you come down on this issue? Are you excited by the World Cup and Euros? Or is it just some handy filler for the European off-season?

I admit, I enjoy the drama of the actual World Cup and Euro tournaments - it is the qualifiers and, to a much greater extent, the friendlies that I can do without. Dont get me wrong, I watch them, but they are like methadone - adequate for maintenance but they dont really scratch the itch. Sometimes it is interesting to watch teams from countries where I dont know any of the players - but that is just for the novelty. 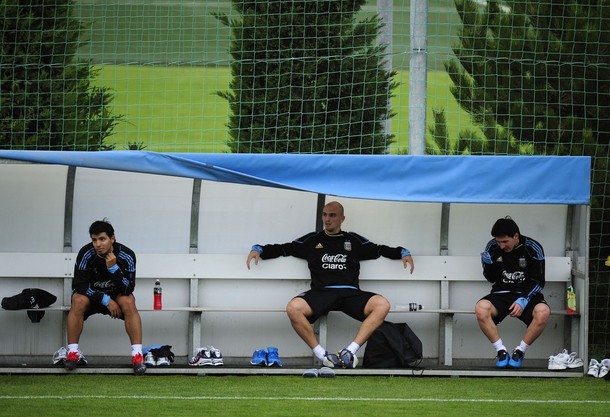 Maradona better not break him!

I suppose that if I were a better person, I would look at these friendlies as a way to enjoy the beautiful game without the stress of caring who wins - just to watch them for their aesthetic beauty. And I get that. Unfortunately I am so worried about the possibility of injuries and the toll travel takes on the players and what that all means to my club that my higher self, the one who appreciates beauty for beauty's sake, is completely drowned out. Basically, I am just annoyed.

For those of you with your higher selves intact, who are able to appreciate these games, here is where you can follow Inter's internationals: 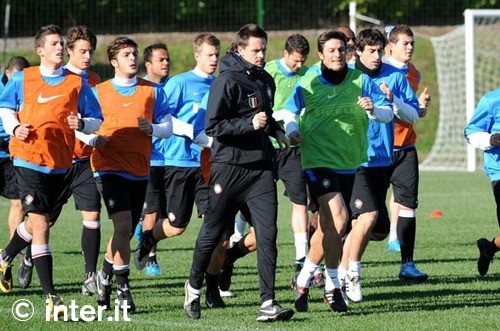 So strange to see the Argies still in Milan on a break. Poor Pupi.

For those of you still jonesing for that Inter fix, there is a club friendly this Saturday against Swiss second division side FC Vaduz in Liechtenstein. I think, though, that there will be very little coverage of it outside of the Inter Channel in Italy.

The game is at 5pm local time (8am pacific, 11pm eastern) You may be able to follow it through the Inter web page. We will see.

My favorite international qualifier - and that is just because the eagle owl is so super cool: