Why Foreigners are Important to Serie A

Share All sharing options for: Why Foreigners are Important to Serie A

There is a perceived lack of Italians on this team, even though we have several, who apparently don’t count. Supporters of other teams, who like to find a reason to have a go at us, often use the "no Italians" chant to show their superiority where none might otherwise exist. 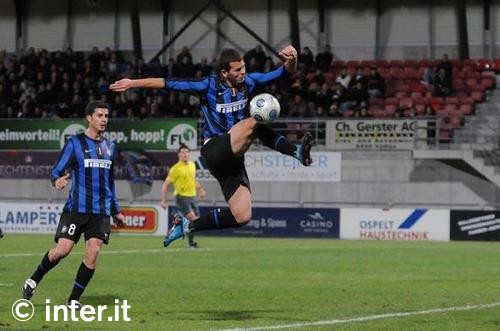 This isn’t true, of course. There are several Italians contributing to Inter’s success. There’s over 100 years of history that is filled with Italians who were the building blocks of what the team has currently achieved, the thousands of Italians who owe their livelihood to the club, the owner and his family, the front office, the Board, the bureaucracy of the organization, the coaches and several players. What they really mean, of course, is that there aren’t many Italians football players directly contributing to the success of the current Champions of the Italian League and that we should be ashamed of this. Some of us, through the comments section, have said that we don’t really care what the nationality of the player is, as long as they put in effort and have positive results. 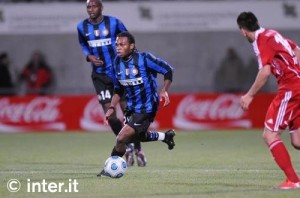 After reading several books lately, two on watered down popular global economics commentary, two the “business” of football, several commentaries on Italian football (from English writers) and an infinite number of discussions with opponents of globalization of Italian football, I have come to understand a notion that I, and apparently others here, have had all along. Namely that many foreigners on a football team isn’t an evil thing. Additionally, I have come to the conclusion that if Serie A is going to survive then foreign players are going to be essential to its lively hood.

First, a small comment on the “business” of football, it isn’t really a business. If it was, then we wouldn’t have an Oil Man in charge of our team, Juventus wouldn’t have a Car Man in charge of theirs and Milan wouldn’t have the Cable Guy in charge of theirs. Keeping this in mind is pretty important. There is a notion that the Super Teams of Europe will be self-sustaining, profit making machines in a couple of years. I, personally, have a good laugh when I hear people talking about this. I would like my team to be as close as possible to the black, not because it’s a source of pride that my team can make a buck, but because that means that we can afford more. We can afford more quality facilities, more quality equipment, more quality talent and everything that comes with “more” – like titles. 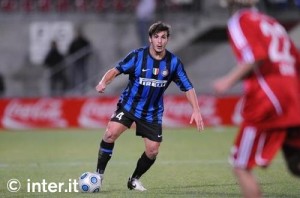 It also denotes a certain cunning in the transfer market that has recently been a pleasant surprise. We are getting more for our money than we had previously, and while it isn’t my money, it lends a certain confidence to think that the caretakers of my team are getting better at their jobs. But, as I said, I don’t expect too many miracles. Moratti, last summer said something to the effect that you can either be a good team or a profitable one, not both and I think that he was very close to the truth.

One of the first things that people who support leagues from other countries ask me when they find out I support a team from Italy is, “Who is any good there?”

It’s a simple question and an understandable one. The English speaking media hasn’t really discovered several players that most of us think are good. But there is an underlying problem, namely that if I had to name a top starting 11 in Serie A based on the last 14 months alone, I don’t think that I would name many Italians to that squad. I might name Buffon in front of Cesar but it would be close, especially considering the injuries of last season. Chiellini would be one of the defenders. D’Agostino might be discussed as a midfielder. Cassano would be a forward. One of Pirlo, De Rossi or Camoranesi might be in the conversation, but honestly, none of those midfielders were really great last season. 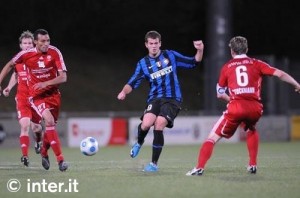 But, that would be it, 2 players definitely and maybe 2 others. Italy has a lot of football talent in a country with the limited space and population that it has, but the big picture is that population might not be able to produce such a high level talent year in and year out. There are going to be some gaps and a country that has 4 professional leagues with about 20 teams per league needs to supplement those gaps with outside talent. However, at the highest levels, TV rights and stadium seating need to be bought, therefore, big teams need to be big enough to convince enough people to purchase these things. In Italy there are 3 big teams at the top. Is there enough domestic talent to fit into 81 (3 teams of about 27) roster spots to maintain Champions League money coming into the country and generate enough interest for people – domestically and internationally - to continue to buy cable/satellite TV football packages? Personally, and objectively, I don’t think so.

Most Italian players are over-priced. So are most Brazilians over the age of 20, the majority of English players, French players and Argentine players over the age of 20. Part of the reason they are overpriced is because those countries have had some success in the past proving themselves powerhouses. 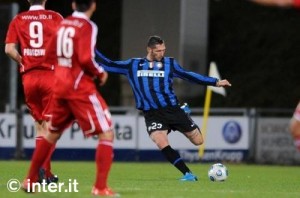 If you want a bargain, real bang for the buck, buy the contract of a player from Scandinavia, Croatia, Slovakia, Bosnia, the Ukraine, Russia or any country in Africa. The bargain isn’t because those players aren’t talented, it’s because they aren’t on TV all the time, no one has hyped them – or their paycheck - up and there aren’t preconceived notions on how great a Croatian player is, for example. A Slovakian player would be happy to be paid a lot of money in England, Spain, Germany or Italy. It’s safe to assume that an Italian player would probably expect to be paid a lot of money to play in Italy.

If you are a football team that is leaking money, and to be honest they almost all are, those are the countries to buy from. Here’s an example, Goran Pandev’s transfer to an Italian team (assuming he was brought in from Lazio and not through the current ugliness) at 26 years old is going to be less expensive than G. Rossi’s transfer to an Italian team, even though Pandev plays the same position, will have more experience in Serie A than Rossi and has more International experience than Rossi. Is Rossi better than Pandev? To be honest, I don’t think so, not right now.

Does this matter to a team like Inter, who have the money to pay for overpriced Italian talent? Yes and no. Young players like Arnautovic, Rene Krhin, Vid Belec, Obi Mikel can be kept on the team training with the first team because they don’t cost very much to sit the bench. There is money, however to pay for Brazilians, Argentines and Materazzi to be a dressing room leader, or Toldo to be a backup even though these are expensive former Italian National teamers. But the well isn’t endless; even we need to cut costs where we can.

Of the 27 players on the official roster on Inter.it, 15 of those players come from overpriced powerhouse nations and 12 of them are regular contributors – including the backup goalkeeper. 12 players come from underpriced countries and only 6 contribute regularly. The verdict? Inter are paying premium price for most of their contributors and are paying bargain prices for the most of their backups.

So to summarize, many of the youth players on the first team and the backups are from countries that one would expect bargain pricing. Most of the contributors are from countries that one would expect to pay top prices for. There are exceptions. Quaresma is getting premium wages and not contributing at all, and Lucio and Motta were fairly inexpensive signings considering that Brazilians – especially a national teamer – are usually considered big money transfers.

That’s good for us, but actually very good for other teams who aren’t as lucky to have the deep pockets that we have. Teams like Napoli and Lazio for example, are definitely moving in the same direction. They want the talent to compete but it’s obvious that they are looking at alternatives to high priced Italian and Brazilian talent. Udinese is also joining the party. Taking a quick glance at the incoming transfers’ nationality there is a marked increase in talent arriving into the peninsula from Eastern Europe, just as at one time there was an increase in talent arriving from Brazil, or Argentina. Untapped potential and 2nd or 3rd world economy equals cheap labor – any financial advisor will tell you that cutting employee costs is step one to increasing profits. 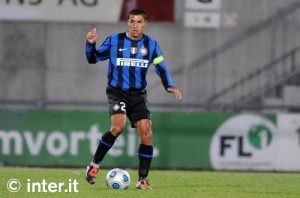 Although I have never understood why it was so important to have only Italians on the team, or a majority of Italians on the team, I can understand that it’s important to some people. In my personal view, I think that view is overly nostalgic and really smacks of an ethnocentric regionalism. I really think that kind of limited scope is in the past forever. There is no way, in my opinion, that a team can be both successful competitively and financially by imposing boundaries on themselves. I think it would have been hard to do 30 years ago, let alone today.

There is a chestnut that increasing the amount of international players is somehow hurting the National Team. Someone should tell Spain, who won the 2008 Euros, who’s domestic League has more internationals than the Italian League, that all those quality internationals that all those Spanish players tested themselves against every weekend should have hurt them. By the way, most of the Brazil national team play abroad outside their own hemisphere, and have for years. How is it they enjoy so much success with none of their best players even in their own domestic league?

The cold hard truth is that the game is globalizing and teams have to follow suit to survive. It’s not going to get easier. UEFA will never be able to limit the big teams on spending. The first time it tries to penalize a team for spending, the biggest teams will break away from UEFA and form a Premier League for European Super Clubs – UEFA’s own private TV deal up in smoke nightmare. There is only the fear of bankruptcy and collapse into Lega Pro that makes anybody in Italy think about the bottom line anymore.

And if you are worried at all about the bottom line, then there isn’t a place for sentimentality about nation of origin or what color the players skin is or what kind of blood he has. Do you want to win, or do you want to be homogenous? It’s an easy question to answer, check out the season ticket sales for Inter’s home games and the bump that away teams get when Inter comes to town. People might complain on Tuesday about foreigners, but no one is protesting with their wallets on Sunday.