Week fourteen arrived and we came across a must win game.

It seems a little early for that sort of thing, but considering the upcoming schedule and looming Winter Break this was a game that we needed full points from.

By the way, these guys in blue and black stripes play a little differently when they are motivated to win a meaningful game, don’t they? Just an observation…

So let’s get into it. Fiorentina had a tired and injured team out there thanks to a rigorous and hard fought Champions League game. It seems as though Inter camped out in the Fiorentina half of the field for nearly 2/3 of the game. We had a couple of 1v1s that we should have put away. We hit the post once. Ricardo Quaresma – a genius move of Mourinho’s btw – made whoever the left fullback was look like a fool a couple of times. We sent wave after wave of attacks after Frey, and if it was nearly anyone else but Frey, I am sure that we would have torched the poor sap that would have been in there.

Of course, I – like so many other Inter supporters - have a love hate relationship with Frey. He was a product of the Inter system and he was the goalkeeper in the 6-0 debacle against Milan. Like I said, love and ugh.

Of course we made some mistakes. One mistake in fact. Gilardino, showing why he’s on the National Team, played the whole game alone as the sole striker in the Inter half with no support, had only one chance to score. Damn me if he didn’t almost do it.

But we have some good players on our team as well. And I know this is going to be a little… weird, but here is my Inter Player of the Game – savor it, ‘cause I don’t know how many times I will say this regarding this player: 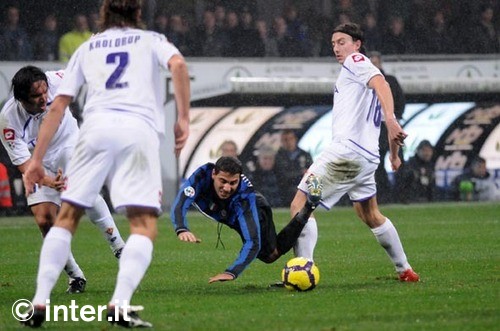 Highlights and stats after the break. 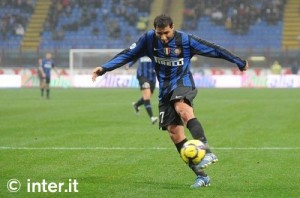 Wow! We had possession and more shots on goal. Not bad for a Counter-Attacking team… sheesh.

Julio Cesar: Played an excellent game, but really only had a couple of free kicks to deal with. He came off his line nicely on Gilardino but would have been beaten by a better placed shot 6.5 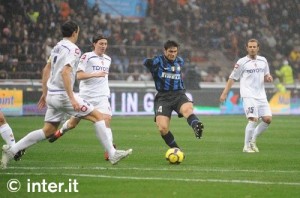 Zanetti: Competent and classy at fullback. I can’t say much more than that. 7.5

Lucio: Once more, he was caught out of position. Once more, I don’t care. That’s not his job. He came up and foiled several Fiorentina plays before they even started. That’s his job. 7.0

Samuel: He tried to cover for Lucio on Gilardino and was a rock in the back. Excellent game by the Big Man. He had a goal that was disallowed so unjustly that even the Inter hating media agree. 7.5

Chivu: Played well enough but he looked slow and picked up a stupid card. I’m just not impressed, really. 6.5

Quaresma: The Phantom has appeared! His first start all season, unless I miss my guess and he played very well. He pushed the ball up. He made some nice passes. He made some nice crosses. He took a shot that missed by inches. He switched field. He played credible defence. In short, he did everything that Maicon would have done if he were there, which is what we needed. Very nice. If Muntari made the foul that CZanetti made on Quaresma he would have been thrown out. Just saying. But, the foul was a compliment of sorts. If you’ve played or coached, you know what I mean. 8.0

Cambiasso: Cambiasso played a decent game, but he just doesn’t seem like he’s working from last seasons plans. Maybe his knee screwed up his conditioning/confidence a little. 6.5 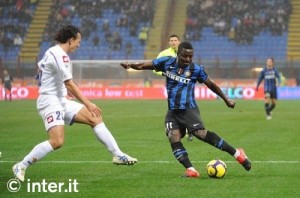 Muntari: When Muntari does the things that he’s asked to, he’s a fantastic cog in the team. He’s relentless on defence, he’s pretty good at 25 meter shots and he’s crushing on the tackle – sometimes too crushing, but that’s endearing, really. When he thinks that he’s the second coming of Luis Figo making runs forward, trying tricky crosses, cutting into the box and shooting wiiiiiide shots… it’s a little less endearing. 6.5

Stankovic: We didn’t really hear too much from Deki on Sunday. Is he wearing out? On Samuel’s wrongly disallowed goal, the moviola showed that he was crushed and had a “half-penalty” shout – whatever that is - according to pundit shows. 6.5

Milito: The little guy works so hard, it’s really hard not to root for him. On a team like Inter, a team that the media needs to hate to sell air time and newspapers, he is above reproach for the penalty that he rightly received. Everyone agrees that it was a penalty. And no one is saying boo about it. This is weird to say the least. Milito missed a few really nice chances, unfortunately. 7.0

Eto’o: Eto’o had a few nice chances and was unlucky. He played a good game, and was dangerous, but I can’t help but think that his foot is still bothering him. 6.5 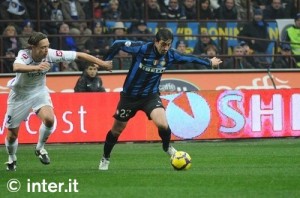 Mourinho: Putting Quaresma in from the beginning and the resulting performance was very smart. We needed a threat down the right to take advantage of the poor left fullback and we did all game until Ricardo’s lack of conditioning/muscle injury let him down. Could this be the return of Quaresma!? No, but it could be the inclusion of a useful player into the team.

PS. I think the Balotelli thing is hokum. Spanish players haven’t exactly thrived in Serie A and there is a lot more than 20 million Euros invested in Mario, if one counts the blood and tears. But I have been wrong before… 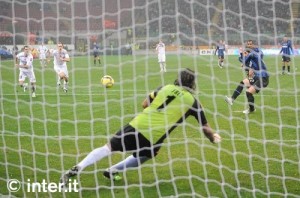 Okay, I am going to put the nail in the coffin of the Inter – Fiorentina game right now and then move on. I can’t express how important it was for us to win on Sunday. We needed to hold the status quo for one more week. That Juve wasn’t able to do the same is really just sauce for the goose – a nice bonus, but we did our job. We also needed to play well considering the egg we laid in Barcelona. If nothing else we needed to re-convince ourselves that we are a better team than that. Plus, if Sunday’s game tells me one thing, it tells me that I was right about the Barcelona game. We weren’t motivated and we were thinking ahead. A focused Inter plays better than that. I still have no idea why I was so out of bounds for thinking that we weren’t motivated and looking ahead – I am still amused by it – but mystified. 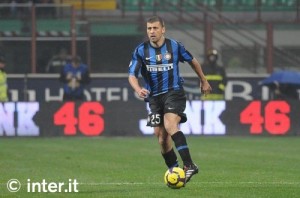 With this win we go 8 points in front of Juventus. I know that we also go 7 points in front of Milan, but let’s be honest here: I was the one who said that Milan was still a top 4 team when we beat them and they were having problems. But, with the formation and personnel they have been using, they can’t last at their current pace. They can’t win too many more 4-3 games without the score line reversing itself. Not in this league.

So, forgive me for focusing a bit on Juventus on the table and also as the next game. I personally don’t think that we are going to win on Saturday. This game is too big for Juventus – it’s really their season – and their Manager’s job. If all this wasn’t enough, history has shown us that “weird” things happen to us when we play Juventus with this much important stuff hanging in the balance. So be smart and be emotionally prepared. Consider this my public service announcement. 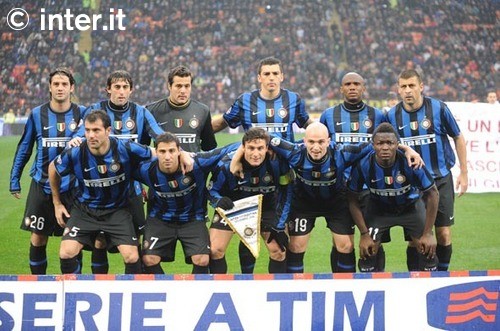