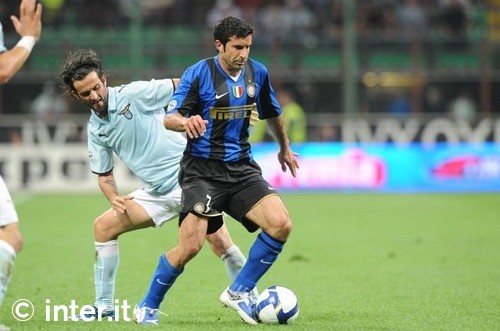 Well, here we are, at the last game day of 2009 and our last game before the winter break. The whole squad is mentally and physically exhausted and I suspect everyone's mind has already turned to the upcoming holiday (I know that I am a bit distracted). Before they get too comfortable, though, we have Lazio to deal with. Both teams played midweek and both have key players suspended along with a host of injuries, and both teams are desperate for the points. Add to that the emotional return of Julio Cruz to what I consider to be his home, and we have a real match shaping up. It wont be pretty, but it will be gritty and full of heart. Oh, and cold, like 25°F cold. Yikes.

Inter and Lazio last met in China for the Italian Super Cup. Things did not go entirely to plan for Mourinho. Although Inter played well, Lazio took that trophy, beating us 2-1. Statistically, though, that result is a bit of a fluke. When you look at Lazio's record against Inter in the League, they have not won at the San Siro since 1998, and that was back when Lazio had such luminaries as Mihajlovic, Mancini, and Nedved.

Usually, things dont go so well for the Romans: of the 67 meetings, Inter has only lost this tie 7 times; we have won 37 times and drawn a further 23. History says this is Inter's game to lose. Last season Inter won this tie 2-0 with goals from Ibra and Muntari. The highlights:

I was hoping Cathal would get something up on the Lazio board before the game, but nothing yet. That is really too bad because I have not really been following Lazio much this season. Cathal, if you dont have time for a preview, I would love it if you at least stopped by and gave us a little Lazio-take on the game in the comments.

Zarate is suspended for this game, while Matuzalem, Manfredini, Inzaghi, Brocchi, Dabo, Foggia are all injured.

Lazio have not had the season they were expecting after that Super Cup win. Things were looking pretty rosy then, but with only one win in their last five games and only 16 points on the table, Lazio are in a bit of sticky spot. True, they took Genoa at home last weekend, but they haven't won away since the end of August. In fact, they only have three wins all season. Still, Lazio are not a bad team, per se. They have managed to draw more than they have lost, and, after a high of 6 goals allowed in September, they have tightened up their defense every month and have only allowed one goal in their last four games. Not bad. Not fabulous, but definitely something to build on. 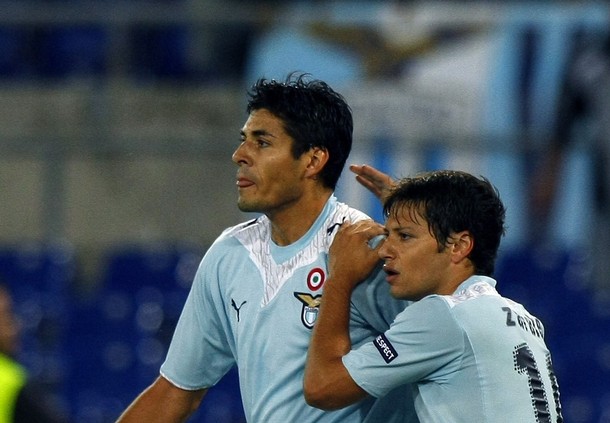 Jardinero, no matter whose shirt you wear, you will always be Nerazzurri in my heart.

On the human interest side of things, this will be Julio Cruz's first trip back to the San Siro since moving on to Lazio. This is heartbreaking for me. I know that he was slowing down and we just could not give him the play time he wanted, but I miss him. I miss his off the bench game winners and how easy he always made those goals look. I dont care what jersey he wears, he will always be Inter in my heart. Cruz, though, is all Lazio now, saying: "If I score against Inter? I will celebrate. When a player changes clubs, he must respect only that club."

Bitter much? Well, I wish him all the luck, just not on Sunday. On Sunday, I would prefer he watch from the bench. 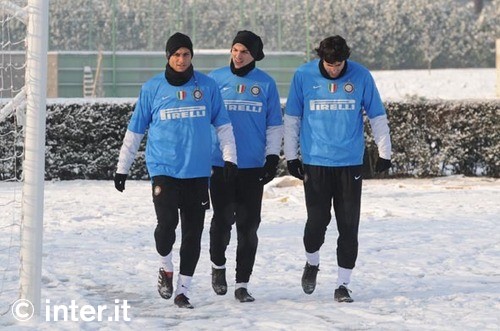 Looks like La Pinatina got a little snow last night

Mouinho has called up every available player:

Quaresma, Samuel, and Santon are still injured, while Mancini has been given some time off (he is in Brazil waiting for the birth of his first child), and Sneijder is suspended. At this point, I am not really sure I consider Arnautovic to be a member of the team. Poor kid.

Mourinho's press conference was quite short today and his only real comments about the game were what you would expect: He expects a strong reply to last week's draw and, although Lazio is better than their position suggests, we can win and we will win. True to form, he refused to talk about the Champions League draw.

So there you go. As I said, it will be cold tomorrow night. The forecasts are for it to be 25°F by 9pm in Milan tomorrow night -- just about as cold as it was in Kiev for the Dynamo game. Nippy. 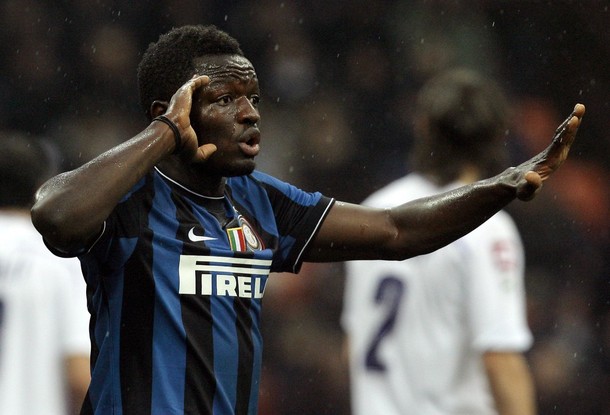 Looks like Muntari will be going Abu Dhabi with the rest of the squad.

In a piece of other news, Muntari will not be going away for the Africa Cup of Nations. He has not been named to the Ghanaian team. If you remember, last month Muntari left his national team without the permission of the coach (as did Essian and Asamoah). He has been fined $5000 and asked to apologize to the Ghanaian coach. Essien and Asamoah have done so, Muntari has refused to apologize or pay the fine. Hence, he stays and they go.

The Fiorentina - Milan game has been postponed , which has really annoyed me for some reason - I hate that they will have a game in hand against us. Juventus welcome Catania, and although Mihajlovic would love to help us out, I just dont see it. Even given their bad run of form, Juve aught to be able to take Catania without much trouble. Given that we failed to take the advantage handed to us last week, a win this week is all the more important. Like Mou, I expect a positive result against Lazio. I know they are shaping up - especially in defense, but we are better. Even without Sneijder. Even in the bitter cold.

I know that no matter the outcome, we will go into the break as winter champions (again), but it is essential we keep as much a buffer as possible between us and the chasing pack. Next month is going to be tricky without Eto'o and we will need as big a cushion as possible. These three points are essential.

Thanks for all the trophies and good luck in Manchester, Mister. 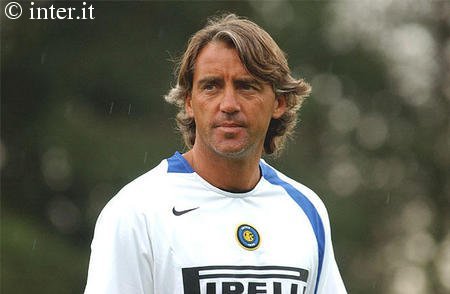