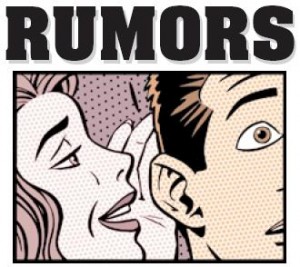 As we sit and try to recover from our holiday overindulgence, Branca and the club are hard at work trying to fortify the squad for the rest of the season (and presumably, seasons to come). Inter continue to be heavily linked to finally unemployed Goren Pandev and there is always the chance that some of our squad will be leaving. Of course, the market doesn't officially open for another couple days so all of this is pure conjecture. Still, as the next Serie A game is not until January 6, rumor is all we have and I guess it is better than nothing.

Now that Pandev has won his court case and has been released from his Lazio contract, word is he is mere moments from signing with Inter (again - he is an Inter youth product). Of course, it is not every day that a player of his caliber comes along for free, so other clubs are looking to get in on the action. Mazzari and De Laurentiis would like him at Napoli, while there are also calls for him from Chelsea, Liverpool, Zenit Saint Petersburg, and even Seville. Basically, he is the hottest thing since sliced bread. This whole court case has done wonders for his career.

For his part, Goren is hedging his bets, saying:

“In my career I have never been scared of competition. I am really confident of my skills and capabilities. Inter are a big club and they match my demands and ambitions. This is because they can compete for many titles and play Champions League football. Still there is nothing sealed yet with the Nerazzurri and I am considering all my options for the future.”

According to La Gazzetta, Moratti is willing to give Pandev a 5 year contract worth 3 million euro a year, plus bonuses. De Laurentiis, on the other hand, only have 2 million a year on the table, but can offer more playtime. Because of this, apparently Pandev's agent, Carlo Pallavicino wants some "technical guarantees" before Goren signs with Inter. Basically, he wants to be sure he will see the pitch once Eto'o returns from the Africa Cup of Nations.

Also, there is some talk that Moratti will send an Inter Primavera player over to Lazio on loan as sort of a "lets be friends" to Lotito. Mattia Destro's name has been mentioned, but apparently Mou has plans for Destro and would like him to stay. The press certainly seem to think it is a done deal, though, and that Pandev will have his physical today. If it really does happen then that would dispel Mourinho's little joke about players who score against Inter never playing for Inter: Pandev scored Lazio's only goal against Inter on March 19, 2006. But that was before Mou's time so maybe it doesn't count.

I guess Kolarov wants out of Lazio and Inter have 8 million reasons Lotito should let him come to Milan. Mourinho likes him quite a bit, and, should Cordoba really go to Manchester City, then Chivu would move to central defense and Kolarov on the left I dont see this happening this winter, but the wheels have apparently been set in motion. Kolorov is on contract until 2012, but if Lotito wont let him go, the dreaded "Article 17" has been mentioned to the press. Oh, and Chelsea are also interested.

As we all know, Nico Burdisso has been going gangbusters over at Roma. He likes it there, they like him... it seems like a perfect match. The only problem is, Roma dont have much money (like any at all) and I dont think Moratti will just tear up Nico's contract and let Roma have him for free. Basically, someone will have to come the other way for the deal to be finalized. At first, there was talk about Andreolli coming back (he is an Inter youth product), but now the talk has turned to Julio Baptista to come and be sort of a vice Sneijder. Yikes. I dont like this idea at all. Did we learn nothing from the whole Mancini debacle? I really dont want to end up with yet another useless Roma-Brazilian. On the up side, Oriali says that Inter would have to sell someone for this deal to happen. While someone may leave on loan this winter, I dont think there will be any outright sales. Hopefully we have dodged this bullet.

I put this in the "Only in Summer and Probably Not Even Then" box. Mourinho has said before that he likes Hamsik and Oriali said that Inter has made offers in the past but Napoli do not want to sell. I hardly think they will have changed their minds so quickly. Still, with Suazo as a bargaining chip, there may be some movement come summer. Dont get your hopes up, but it is not impossible. Oh, and Chelsea want him, too. 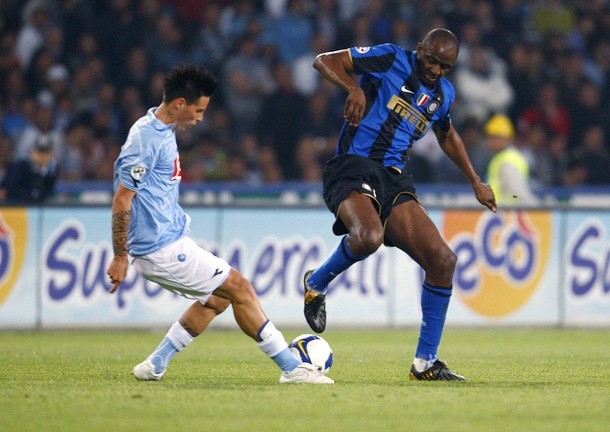 Poor Suazo. He has been linked to just about every club you can think of, but only conditionally. First, Inter would have to sign Pandev; second, there are the conditions of the club he would be going to. For instance: There is some talk about Genoa being interested, but only if they can offload Floccari on Fiorentina. But wait, there is also the idea that he could go to Palermo on loan as sort of a down payment on Cavani. This would then free up Simpicio to go to Juve... It just never ends.

He is also linked to West Ham (who just seem desperate for Serie A players), but that is only a single line in today,s La Gazzetta dello Sport. I think it is pretty clear that his time is over with Inter. The only question is, will he make it all the way to summer with the club?

Since Roberto Mancini took over at Manchester City, there has been speculation as to whether Cordoba would end up in England. Cordoba says that if Mancini wanted him, he would think about it. Mancini, though, said that while it would be great to have Cordoba at Manchester, "he is too tied to Inter." Boy, do I hope that is true. I would really like Cordoba to stay and retire with Inter. I know it is selfish to want to keep him all to myself like this, but I think he still has a lot to accomplish at Inter. Besides, they wont love like we do. And, at 33, I dont see him starting every game for City, either.

There has been some rumblings that both or either Mancini and/or Quaresma would ask for to leave in order to find more room at a different club. Of the two, I think Mancini is the more likely to leave. Mourinho has made Quaresma into a pet project and both of them want to see Ricky finally make good for Inter. Still, Mancini was moments from signing for Genoa when Mourinho stopped the move so Jose must have plans for him. There is only so much Mou can do though. If a player wants to go, they will find a way. There has been some speculation that Mancini would find his way back to Roma - especially if it was part of that Julio Baptista deal I mentioned above. This wouldn't be quite so odious. At least then we would still just have the one useless ex-Roman Brazilian on the books. On the other hand, Mancini may be looking for a little stability in his life as he and his wife just had thier first child (a girl, on December 19). As for Arna, it sure looks like his contract will not be picked up. He hasn't had the requisite number of starts so I think he goes back to Twente, doesn't he?

So there, not a whole lot of movement. Pandev is the most likely new signing, with Suazo going out. The rest is all just conjecture and could-bes.

The squad meets today at Malpensa to leave for the Abu Dhabi training camp. The session will end with a friendly against Al-Hilal in Riyadh on January 2. This game will be Nawaf Al-Temyat's retirement match, which is, it seems, a big deal. Apparently this guy is a big deal in Saudi Arabia (anyone?) and a huge draw is expected for the game. Me, I am just hoping for some more hunky beach shots of the squad on their off time.

For now, though, we will have to make do with discussing possible transfers and laughing over the tenuous links the press finds between players and Inter. My favorite of the day is from our very own Gabriele Oriali who said: "Daniele Di Rossi and Claudio Marchisio, without any doubt: I would see them doing really well in black and blue."

I can hear the rumors generating already. The fact that neither of them will ever be an Inter player will hardly cross the journos' minds. It is all just a huge game of "Made You Look." So, if you read anywhere about how either DDR or Marchisio are coming to Inter, remember, you read it here first!