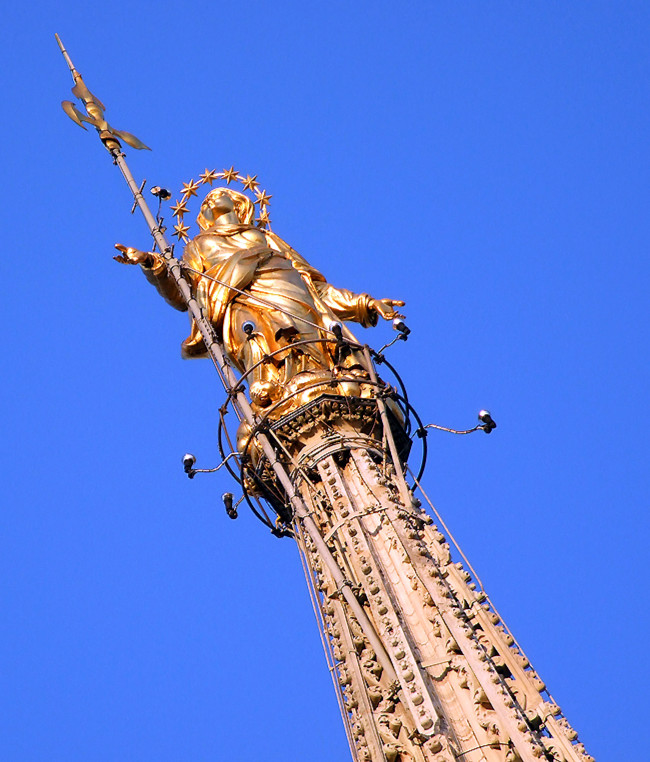 Here we are at D minus 5 with a little Inter, old school style. The Milan Derby, or the Derby Della Madonnina after the statue of the Madonna on the cathedral (duomo) in Milan, is one of the great world-football rivalries. Over the years, city supremacy has shifted between Internazionale and A.C. Milan - the 1960s were all about Inter while Milan owned the 1990 - but in terms of derbies, Inter has a slight statistical advantage. Of the of the 171 Serie A meetings, Inter has won three more times than Milan - I hope with all my heart that Sunday makes it 4.

I am a relative newcomer to the team - really only finding Inter in about 2003 or so. There are others here, though, that have followed Inter for their whole lives (more or less). Venite Ragazzi... Gather round and listen to the stories of days gone by...
MAD has written about one of his favorite seasons, Inter's record-breaking 1988/89 year: 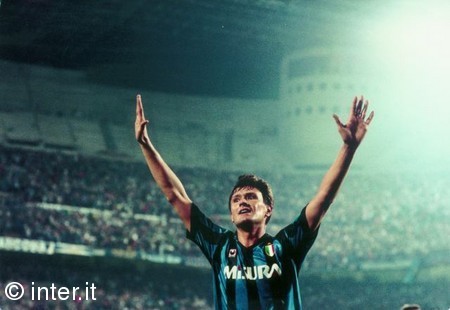 In the mid eighties, in Western New York, we were lucky enough to get a signal from Toronto that broadcast Rai Uno from Italy. So I got to see a lot of games, one per Sunday, plus Noventessimo Minuto which is a highlight show of all the games which were broadcast at @1:15 pm est. on Sundays. 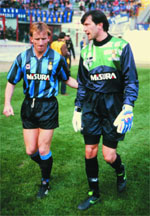 I have watched a lot of Inter/Milan derbies in those years, or at the very least, their highlights, but to be honest I have never looked forward to them. If I watched them live, the games themselves weren’t very enjoyable. Both teams were usually very good and hyper defensive. I was usually a nervous wreck because the games were so close. My father and I would snipe back and forth after every foul or goal. There was also the fact that in the mid to late 80s, we usually lost them.

The Inter I remember the most at the time was Trapattoni’s Inter. It was the most successful version of the team that I can dimly remember The 1988 season was really special for us, even though it didn’t start out that way. Inter and Italy great Spillo Altobelli had just moved on and there were questions about who was going to score goals for us. Zenga was the keeper. Matthaus and Brehme were the German imports. We had an Argentine, but for the life of me I can’t remember his name. Lo Zio Bergomi was the Captain. Others include Baresi, Ferri, Berti, Bianchi and Serena. I remember that it was #13 that we won, and we won it big. Maradonna’s Napoli or The Dutch Milan was behind us 10 or 11 points back. We also made more points than anyone ever had in the history of Serie A. At least until we broke our own record in 2006.

Anyway, that was all background to the derbies of the 1988 season. Which, I don’t really remember in any real detail other than we didn’t lose to Milan that year. We won one (I want to say that Serena scored but only because he scored a ton that year) and I think we drew one.* And I went as nuts as I have ever gone for - what I dimly remember - a draw. I think we drew the second leg because that year we were damn near invincible the first half of that season and I think that’s when we beat them. I remember going berserk because we had been taking it up the pooper from a Milan side that would go down in history as their best version ever for 2 or 3 years previous. So not only did we win the league matchup with Milan, but we would win the Scudetto having first pinned this great Milan team’s shoulders down.

It was a watershed moment for an Inter supporter that had to hear it every day since Berlusconi bought the team from his Milan (read garbage) loving father. We won the League by blowing everyone away. And most importantly, that team was good enough, we all knew, that we would be back very soon. We weren’t. We would runner-up in 1992, 1997 and 2002 but wouldn’t take home our next Scudetto until Calciopoli.

* The two derbies that year finished Milan 0-1 Inter (Serena) and Inter 0-0 Milan. Oh, and that Argie that slipped MAD's mind... Ramon Diaz, a striker that who only played with Inter that one season.

To put the 1988/89 season into perspective, Inter finished on 58 points from 34 days. It doesn't sound like much now, but it is 9 more points than Napoli, 14 more than Milan, and 15 more than Juventus. In addition, Aldo Serena was the Serie A capocannoniere with 22 goals that season. His next closest competitor was Marco Van Basten with 19. It was a break out year for Inter!

If, like me, you are interested in the history of the derby, check out the British documentary that Fetyani (AC Milan Fan and Ronaldinho blogger) has so thoughtfully posted (HERE). It is 25 minutes long, but well worth the time. Thanks Fetyani!

There are still a few more days before the big one and still plenty of time to share with the world. Send text, pictures, links to youtube, really anything you want to share to: johonnars [at] gmail [dot] com. This board gets thousands of page views a month - you could be famous!

More proof that A.C. Milan is indeed the evil empire - the resemblance is striking! 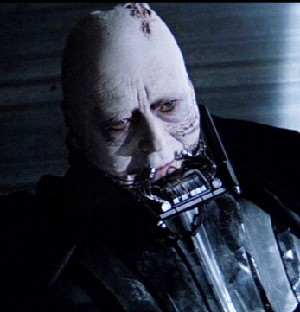 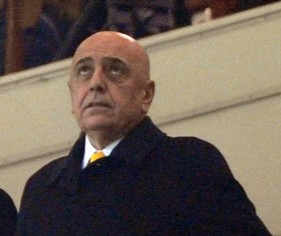