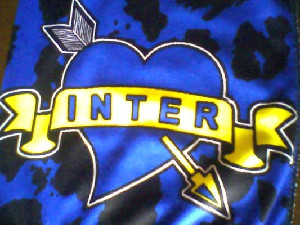 Well, here it is boys and girls - the Derby Preview. Yep, in less that 24 hours all of this nervous energy will be dissipated into the aether. After the game we will all get up and dust ourselves off, and, much like the day after Christmas, continue on with a sort of "now what" miasma. At least until next week when the Derby results will be a memory and our minds are turned towards Bologna and Manchester. But right now, we must only think about Milan... And how we are going to beat the snot out of them.

To be fair, that was a glorious free-kick by Pirlo.

For the first time in a long time, I dont have to do much here. If you want to know about AC Milan's preparations, go check out Gianfranco's Blog over at the AC Milan board. Really the only news from that side is whether or not Kaka will play. Frankly, I dont care. We have beat them before with him on the pitch and lost when he didn't play. His presence or absence in no way predicts the outcome.

As for Maldini.... Didn't we have his last derby last season? You know, when he announced his retirement for the first time? I know he is a great player with a huge, highly devoted fan base, but two years of sappy (and slightly morbid) "do it for Maldini" speeches seems a bit much to me.

Mourinho has pretty much called up everyone. Hell, even Vieira is on the list. The only ones who didn't at least make the bench are a couple of youth players (Mei and Bolzoni), Rivas (who just had his first child), Jimenez, Obinna, and Balotelli (who is suspended).

Why the large call-up? Apparently so that Mourinho has lots of wiggle room on the bench. He said:

"I have already decided my starting eleven for tomorrow's match, I'm not interested in Milan's team or if Kaka will play or not. I only have a few doubts about my bench, and this explains why many players have been called up. I have to think about the characteristics of the bench, but my team has been decided."

Maicon trained with the squad today and is on the call-up sheet. If he is truly match fit, this is good news. If he suffering but soldiering through, this is bad news. I want him in tip-top condition for the Champion's League tie at the end of the month.

Once again, Mou brought up the subject of refereeing in this press conference today. First to say that Maldini should not get any preferential treatment on the pitch, retiring or no, saying (this is my translation, so please excuse any errors):

Then to point out what a great referee Rossetti is, saying:

... I'm going to play this derby with the certainty of having an arbitrator of great quality. He has experience in communicating with the players... He is a referee at the same level of players in the field that are of great quality."

Mourinho has all the bases covered then. First he says that the referee was of the highest quality but warns the press to look for favoritism towards Maldini. Perfect!

Well, there really isn't much to say. There is no reason why we cannot win this game. We are the strongest team in the championship right now - numbers dont lie. If we play like we did against Roma and Juve, we should be fine. I wont make a prediction except to say that I know in my heart that this squad has the ability to take Milan to the cleaners.

Ok, I couldn't resist. For all you AC Milan fans, before you freak out, this is just gentle ribbing. And it is the night before the derby, after all. Please dont think less of me... but it was just too good not to post... 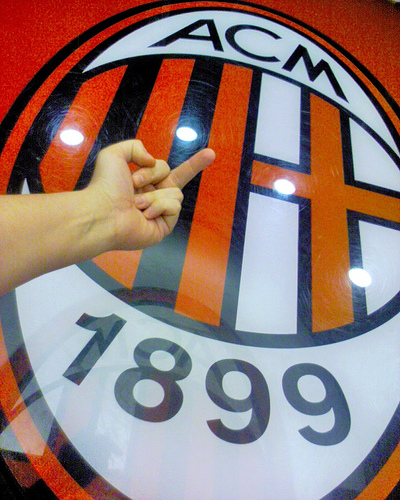