Share All sharing options for: Inter 1 - 1 Torino and Arrivederci Quaresma 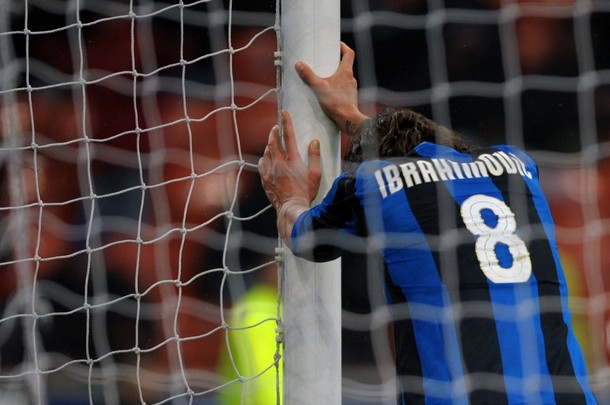 Holy cow but that was frustrating.

It is all giggles and laughs when Juve loose at home and Roma draw to a bottom-three team, but it is just no fun at all when it happens to you. Dont get me wrong, I will take the 6 points we are up but I just cant help but wish it were 9. How often does a team get a chance to gain points on Juve or Milan? I just can't help but think we may rue this missed opportunity. Still, a point is a point, and suppose it could have been worse... but cripes, this is TORINO we are talking about. On top of that, we have the Champions League list and the departure of Dacourt and Quaresma to deal with. First things first...

Ok, so I must admit, after watching this game, I was pissed. Angry. Stamping and shouting. Then I read what the players said, and now I just want to give them all a hug. They are just as or more disappointed than I am. Especially Julio Cesar, who blamed himself for the dropped points saying:

"I very angry about the goal I let in because it was one of those that I usually save. It was very strange, I didn't see Bianchi because he was covered, so I looked to the back post but as I turned the ball was already going over my head. I didn't have the reflexes or the strength to divert it round for a corner. It was an important match today, a great chance to reach the maximum advantage over Juventus ahead of Milan's match. These are the matches in which a goalkeeper should be decisive. We should have taken advantage but we only earned one point."

Poor guy. How many times as JC kept us in the match? C'mon, admit it, dont you just want to give him a hug? 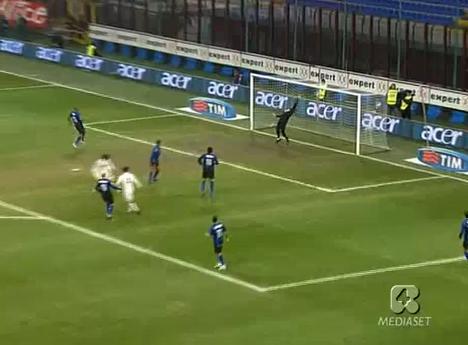 Ok, now for the good. I think Figo played well. He may not be as athletic as Stankovic, but his crosses are good and he has good vision. Inter had more possession and over twice as many corners (15 to 6). Sereni had an outstanding game (why to these keepers always pick Inter to have these amazing games?). Inter had far more shots than Toro (23 shots, 6 on goal as compared to their 12 shots, 3 on), as you can see on this keen graphic from ESPN: 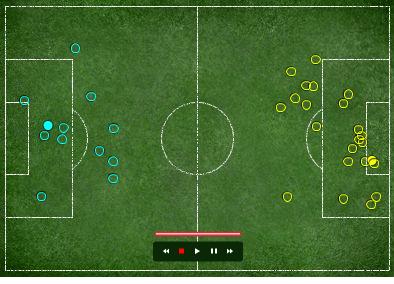 INTER is in Yellow, TORINO is in Blue; filled in circles are goals.

As it shows, Inter was a little unlucky not to get a second (then there is the whole matter of the handball in the box that was not called - but I wont go there).

And who would have ever thought Nico Burdisso would be our savior? 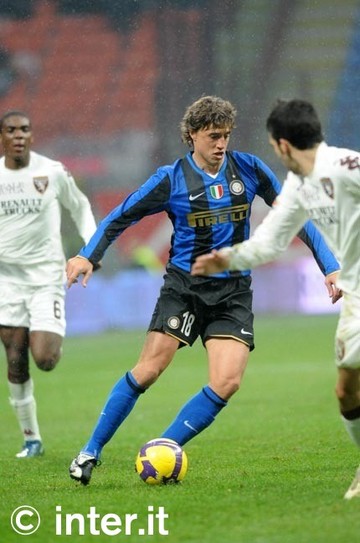 As for the bad... Well, there was Cruz. I will say it: Cruz is too old to start - especially 2 games in a week. He is still a good striker with great instincts in front of goal and a killer header, but he just does not have the legs or stamina for a full 90. Adriano and Balotelli better get their acts together because we desperately need a second striker. Crespo... Well, I despair for him. At least he appears to growing his hair out again. Maybe that will help.

I suppose I will just have to look at the bright side like Mourinho, who looks at the game as a point won instead of two dropped. But it could have been NINE! (deep breaths... letting it go... at one with the cosmos....)

Mourinho has submitted his list and once again, no Crespo. Here is who will attempt to stop the terror machine that is Manchester United - in front of sell-out crowds no less:

Basically, the A list is everyone but Obinna and Crespo. Balotelli is on the B list. Both lists are equally eligible to play, so no big deal there. I do wonder that Vieira is on the list. Out of something like 30 games, Vieira has only made 12 appearances this year. If he can stay healthy, he can help (that was a nice goal against Reggina after all), but that is a huge IF in Vieira's case. He should be back to Milan this week so I guess we will go from there.

It looks like Dacourt and Quaresma have packed their bags for England. Quaresma is off to the lofty heights of Chelsea while Dacourt finds himself at Fulham. I guess Bologna never did call back.

I am very disappointed that Quaresma did not work out. I had high hopes for the boy - which may have been part of his undoing. Still, he may work out his kinks with Scolari and come back to us a changed player. More likely, though, he will turn into a superstar with Chelsea who will exercise their option to buy at the end of the year and he will be yet another one that got away. I wish him all the best. I am sorry it didn't work out. I hope we can still be friends.
------------------

Lecce is up next. We have a whole week to train. The transfer window is closed so there should be no distractions. Fingers crossed that most everyone is healed up. Maybe even Balotelli can play a bit.

What a pity it didn't work out. I so wanted you to be great for us. ♥ 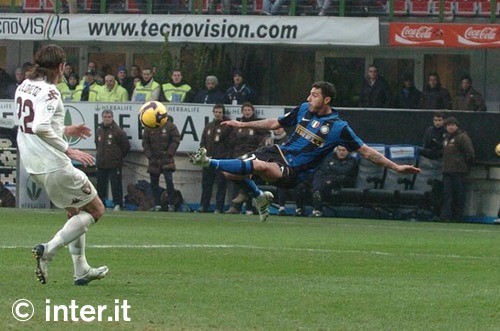