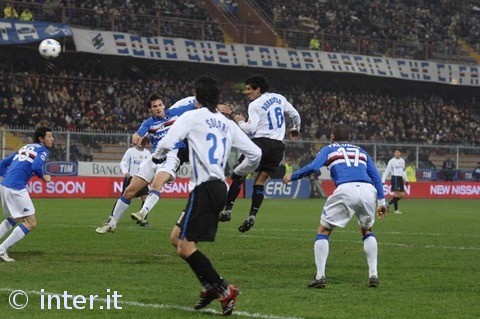 What: Coppa Italia (Tim Cup) Semi Final First Leg
Where: Stadio Luigi Ferraris, Genoa
When: 8:45pm local time (11:45am pacific, 2:45pm eastern)
How to Watch: GolTV is showing the game on delay at 9pm eastern (6pm pacific). ESPN360 is showing it live on line. If you (like me) dont have access to either GolTV or ESPN360, find a stream: MyP2P, Justin.tv, Rojadirecta, Ustream, and ATDHE.net

On the way home from work this evening, I mentioned to the S.O. that I had to write this preview before our dinner plans (we carpool). His reply was "Coppa Italia, is that thing still on?" When I informed him that yes, it was, all he could say was "Hooray?" Clearly, this tournament is not important to the fan in question. To a certain degree, I share his opinion. This Coppa Italia game seems more like a chore to get through on our way to more important matches. Still, there is no sense in doing something unless you intend to do it correctly, so I expect the team to take the field tomorrow and play to win.

Our schedule is finally starting to catch up to us and our injuries are beginning to accumulate. The list now stands at Burdisso, Ibrahimovic, Samuel, and Chivu. In addition, Santon has come down with the flu. Only Julio Cesar, Figo, and Cruz are out for "technical reasons." Julio Cesar is being rested, as is Figo, I bet. Cruz is on the naughty list. 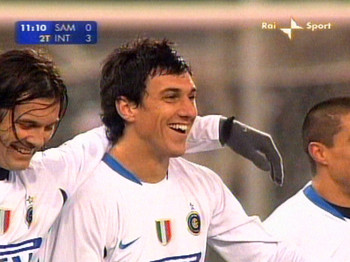 Inter has had 6 Coppa Italia meetings with Sampdoria in Genoa. The last time was in 2007 and was also a semi-final first leg. We creamed them 0-3 (two from Burdisso and one from Crespo). I think that was a fluke. Sampdoria are notoriously tenacious when playing on home ground. They looked quite confident against Milan this last weekend and, as the Coppa is their last chance for silverware this season, I suspect they will go at us tooth and nail tomorrow.

Mazzarri has called up 20 of his own:

As to who he will field and in what formation, try Rolf over at the Sampdoria board. I am sure he is far more qualified than I to take on that subject.

--------------
Alrighty. So, I think it is fair to say that this will be a tough match for us. For some of the squad members who have been complaining about not getting enough play time (Obinna, Crespo, Jimenez, Balotelli), this will be a chance to show Mou that he has been wrong. On the other hand, this game may show the fans why Mou has been leaving them off the pitch.

Of course, I would like to win this game. I want to win every game, every time. I know that Mourinho wants to win. The question is, will the squad he has chosen be able to get the job done against a very highly motivated Samp squad? I think we just might.

For those of you who would like to watch Mou's presser from today (in Italian, of course):