Genoa - Inter: A Chance at Redemption

Share All sharing options for: Genoa - Inter: A Chance at Redemption 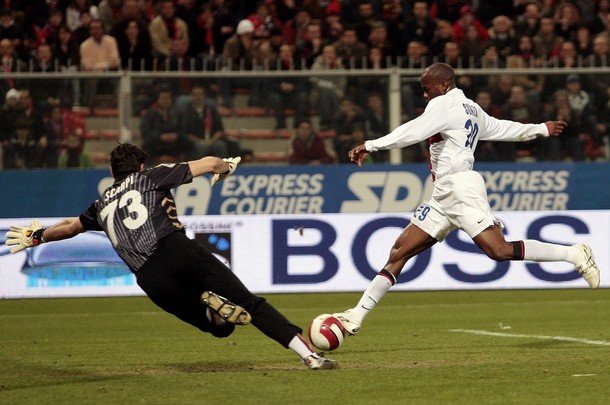 Off we go, back to Genoa, back to the site of our recent humiliation - hopefully this time we will be on the right side of the 3-0 scoreline. Hell, I would be overjoyed at a simple 1-0 in our favor. This is our shot to shake off the Genoa heeby-geebies - to get back to winning and show, that although we were thoroughly stamped, we have the grit to get back up and do a little stamping ourselves. There, are we all properly motivated? Good.

Last year, this fixture ended in a one-all-draw (Suazo and Borriello), but we played much of the game with 10 men (Pelé was sent off in the first half), and Ibra had that knee injury that dogged him most of last spring. This time, we go back to face a well-organized team that plays fast, attacking, physical football. Worse yet, they have yet to loose at home. Genoa will be an incredibly tough nut to crack, especially seeing as there is that Champions League game coming up (shudder). Plus, this time they have Milito. He is a scoring machine. Inter will have to be on their tippiest of toes to bring three points back to Milan. 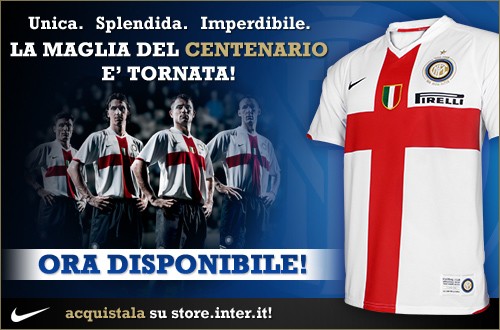 As a special ending to Inter's centenary year, the team will wear last year's red and white away kit for tomorrows game. In an act of marketing genius, they are also offering the jersey at the Inter Store. If you want one, it is apparently now or never.

Chivu and Samuel are both still on the injured list, Vieira is suspended, and Cruz is still paying for being crap in the last CL game. He didn't say why Maxwell was not called up - curious.

In it, he discussed such things as his vacation plans (Africa and the US), and how long he will stay at Inter (2, 4, 10 years, who knows?), and that Ibrahimovic, Cambiassio, Stankovic, Santon, and Julio Cesar will start. He hinted that Burdisso will play also. Yep, Nico - who would have thought I would be actually happy to see his name on the call-up list. For all his faults, Nico is at least a step above Rivas. I get a sinking feeling just thinking about Nelson on the pitch.

Mou did have a little zinger though. The journalists asked him if, given his good showing against Sampdoria, Crespo would play tomorrow. Mou replied:
"I do not know, is difficult to make an assessment. But if you were the coach of Inter, you would play Ibrahimovic and Crespo?"

So, given our call-up, it is pretty clear what most of the formation will look like:

Depending on how things go, we may even see Jimenez or Mancini. Mou sometimes surprises us like that. 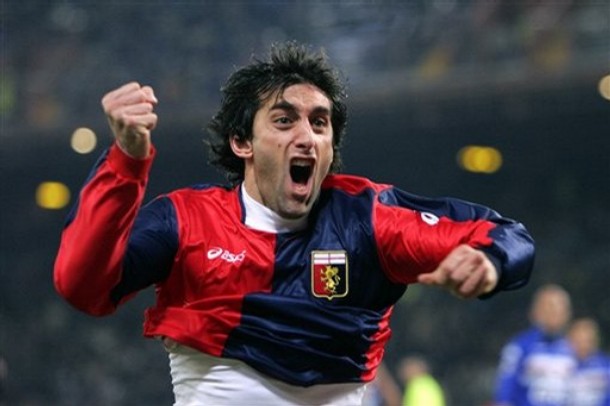 This time, I dont have to do this part at all. The oh-so-mysterious "J" has written a preview from the Genoa point of view. Go check it out.

For our purposes, it is important to note that almost a third of their goals have come in the last 15 minutes of play. Luckily, that is one of our stronger periods - we have only conceded one goal all season after the 76th minute.

Genoa is a good team; they are coming into this match with a strong home record and everything to play for. They are in fifth place, just one point off of Fiorentina and three off Milan. Three points for them this weekend may see them mount a serious challenge for a top-four finish. They are, in a word, dangerous.

Juve are almost sure to take full points against a struggling Torino. If we are incredibly, unbelievably lucky, Toro will hold them to a draw, but I would not hold my breath if I were you.

Milan meets Atalanta on Sunday. The thing about Atalanta is you just never know which team will show up. Will it be the one that soundly thrashed Inter and Roma? Or the one that gets thumped by Reggina? Who can say.

Milan will be out for blood - especially given Galliani's little ultimatum to Ancelotti. Really, this game could go either way. I will assume that Milan will win.

Where does that leave us?

Well, in one of those "must win" situations. On the up side, Inter is used to being in these situations. I mean, we lived off them for 2 months last season, right? Pressure is Inter's middle name! (F.C.Pressure Internazionale?)

With the Champions League just around the corner, though, nerves will be high. And given our stupendously horrific defensive performance against Sampdoria and Roma, I am slightly worried. Milito is just the guy to make us pay if certain center backs nod off again (Marco, Nico, Ivan... dont make me pull this blog over).

In our favor, though, the squad will be looking to please - they will want a place against Manchester United next week. Also, we were all worried a couple of weeks ago in front of the Bologna game - we managed to do alright there. So ya, I think I have talked myself into being cautiously optimistic about the game.

OH MY GOD! They are so freakin' adorable that I could eat them with a spoon. 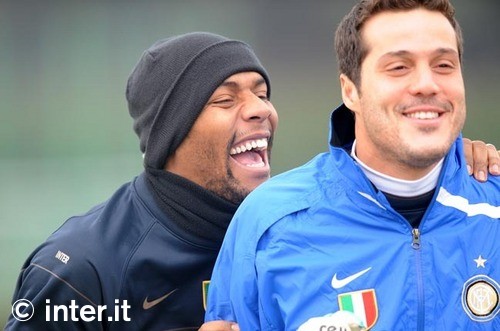