Derby d'Italia: Ready or Not, Here We Come

Share All sharing options for: Derby d'Italia: Ready or Not, Here We Come 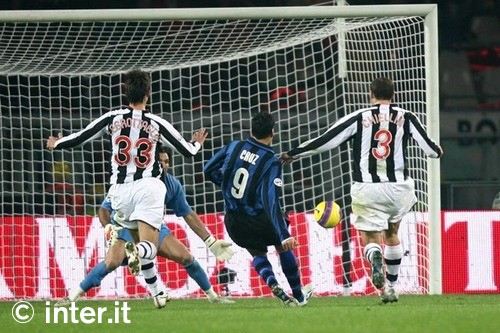 So here it is, the closest thing Inter will have to a playoff game this season. Well, there is that whole Coppa Italia thing, but a 3-0 deficit sort of makes that a long shot. Nope, this is it. Once again, Inter take on the unholy beast that is Juventus - this time in their own lair. We come into this game 10 points ahead and looking to make it lucky 13. They come into this game playing for pride. True, a loss would cut our lead down to seven points with six games left to play, and the season isn't over until the math says it is, but I have no intention of losing this game and neither does Inter.

Last year, they held us to a 1-1 draw thanks to Cruz and Camoranese. We would have won but a goal by Cambiasso was disallowed for offside:

If you care about them, go on over to the Juventus board. I dont plan to spend any time on them except to say that after their draw against Chievo and the loss against Genoa, they will be looking to prove something. Oh, and Camoranesi is suspended (naughty naughty).

It is all hands on deck for this game. Mou called up every available player: 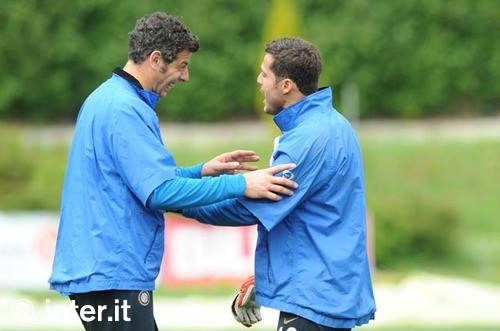 So, Toldino, how about those two goals you let through...

The good news is that Julio Cesar is back in goal. Maicon is still out, of course, but at least JC is back. The bad news is that Vieira is on the call-up list. Mou was quite cagey about the line-up for the game and gave not one single hint at the presser today.

He was, though, quite clear on Inter's objective in Turin tomorrow: victory! Mourinho said:

"It will be a match with potential equilibrium, between players with different qualities but similar potential. If one of the two teams doesn't play well, it will definitely lose. If both do well, the episodes will be decisive. You don't just win a championship in the head-to-head matches; you win it point by point, especially in Italy where the tournament is very different from England and Spain, but it is clear that we are going to Turin to win. A draw could be a useful result, but we are going there to win."

The rest of the squad also seems confident. Cordoba wants to bring the game to Juve. He said:

"It is a very important game for both teams. It will be decisive, or maybe not, but the important thing is the mentality that we carry inside of us to Turin, which is to win the game and leave them with no chance."

Ibra had the same general idea, although he has played down the importance of the tie:

"I don't think it's the most important match of the year because they all have the same importance. Up to now we have shown that we want to win the championship and this is why we are top. We have a ten-point advantage over Juventus and it will be even bigger if we win tomorrow, but as I said, I don't think it's the most important game of the year. It will certainly be a spectacular and exciting match between the two strongest teams. We are ready, we have worked well all week and we're going to Turin to win."

Ok, so we are all in agreement - Inter wants to win.

As I said, Mou was coy. Maxwell had some... issues against Palermo so La Gazzetta thinks that Chivu will start in his place. I am all for that. 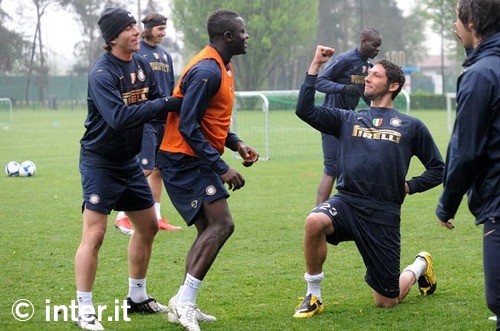 The team has had a whole week to work together. They are happy and motivated. Julio Cesar is back. I have high hopes about tomorrow. I dont want to tempt anything by making a prediction, but recently, Juve have looked totally beatable. And Inter is just the team to do it.

Unfortunately, I will not be joining you all for the game. Duty calls and I find that I will be otherwise occupied. I hope the rest of you will make a good showing here. Fight the good fight!