Hey Guys, Its Not Quite Over Yet

Share All sharing options for: Hey Guys, Its Not Quite Over Yet 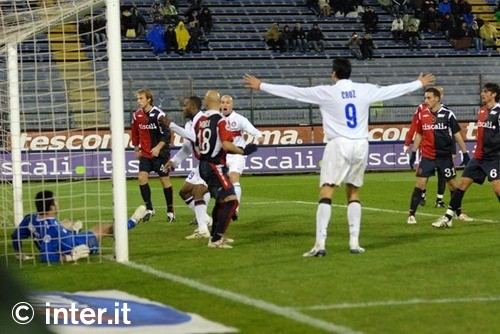 What: Cagliari v Inter
Where: Stadio Sant'Elia, Cagliari
When: Sunday, 3pm local time (6am pacific, 9am eastern)
How to Watch: FSC is not showing it - not even on delay - so find a stream (MyP2P, Justin.tv, Rojadirecta, Ustream, and ATDHE.net).

Before everyone goes off on their respective summer holidays, Inter still have two more games to play. True, we have already won the championship, but there is still something to be gained from these two last games. I really really really want to win these last two. No, it is not about rubbing noses or even finishing with the most amount of points possible. It is much more basic than that: Cagliari and Atalanta are the only two teams Inter have not beaten this season. I would very much like to change that.

Last year, Inter won this fixture 0-2. After a whole lot of flailing around in front of goal, Cagliari finally made a couple defensive errors that Cruz then Suazo were able to capitalize on. Here are the highlights from that match:

Jeremy does a great job over at the Cagliari board and has already got a preview up (I did say he was good). Go check it out.

Massimiliano Allegri has given his formation for the game

"These will play: Marchetti in goal, Pisano, Canini, Lopez and Agostini in defense, Fini, Conti and Parola in center field, Cossu as trequartista, Jeda and Acquafresca in front."

Mourinho has called up 18 players:

Figo, Julio Cesar, Muntari and Stankovic have had the week off, and just as expected, were not called up. Everyone else is injured.

Mourinho's press conference to day focused largely on the 99.9% comment he made last week (basically, he said that he was 99.9% sure that he will be at Inter next season.)

Good news for us is that he has now amended that to 99.99% sure he is staying next season, leaving that last 0.01% chance up to "destiny."

Amidst all this math, he did find time to talk formations, saying:

"I still have some doubts, but I can say that there will be Toldo, Santon, Burdisso, Materazzi, Chivu, Cambiasso, Zanetti, Vieira, Ibrahimovic, and I have yet to decide two other players."

Hmmm, Mancini or Jimenez and Balotelli or Cruz. I vote for a little play time for both. Because I want to win this game, lets start with Balotelli and Mancini. If we are wining at the 75th minute, bring in Bolzoni.

He also expressed his admiration for Deco and told everyone his three favorite Number 10s:

None of which will ever play for Inter.

As for our other goal, that of wining a golden boot for Ibra, Di Vaio simply cannot quit scoring. It is maddening. As I write this, the tally stands at (top 5):

So, not only does Ibra have to outscore that energizer bunny Di Vaio, but he has to also look over his shoulder for Milito. Part of me (a tiny sliver) wants Di Vaio to win. After all, this could be his swansong. Ibra will have other years, other chances, but at 32, things could be winding down for Marco. Then I come to my senses and it is Ibra all the way.

As for the game, I think we can win. Certainly, Mou will want to win and Ibra will want to score, but, on the other side, Cagliari would just looooove to show the champions up. I dont usually do predictions, but I think we will win, but Cagliari will score.

The best goal for inter, as selected by the subscribers of the Inter Channel, is Maicon's against Torino:

Also, the first official biography of Javier Zanetti has been released. It is entitled Capitano e Gentiluomo and I have already put it on my birthday wish list. 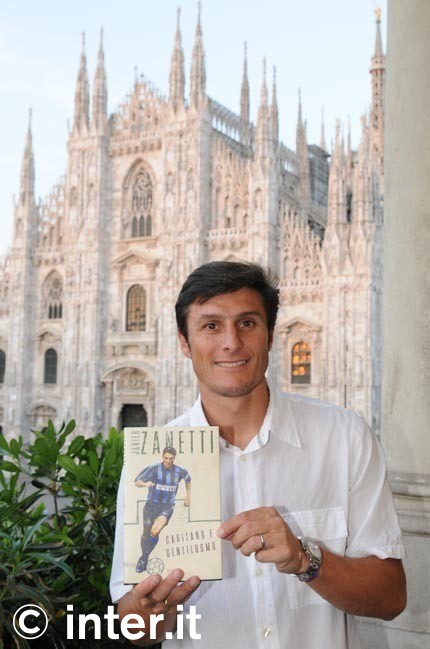 Oh, and E has thoughtfully provided a link to some possibly leaked kits for next year. They could just as easily be completely bogus. Check out the pictures here and decide for yourself. (Thanks again E!)

And just in case anyone missed it, here is Balotelli's new hair style: 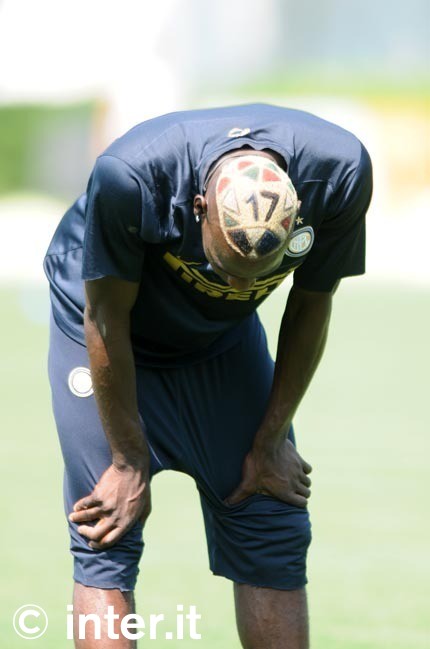