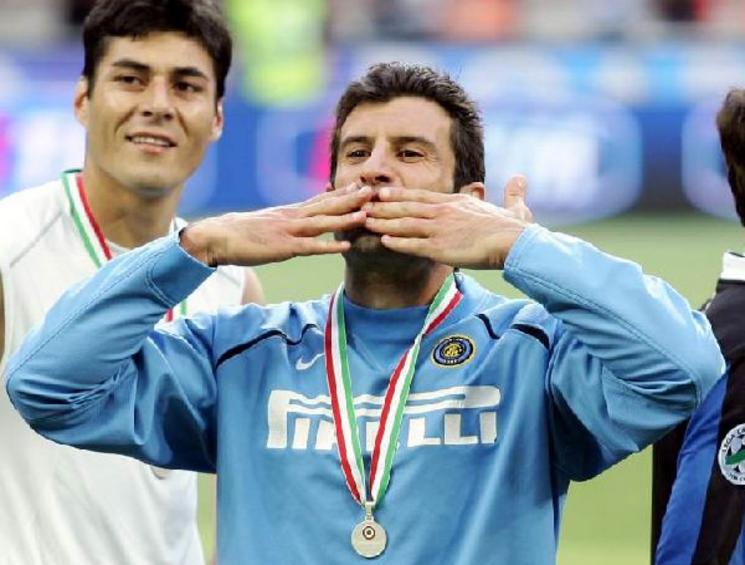 Today, in a letter to his fans, Luis Figo announced that Sunday's match against Atalanta would be his last on the pitch. After much consideration, he has decided to hang up his boots for good.

Tomorrow, 31 May 2009, will be my last Sunday as a footballer. Together with the friends of Sporting Lisbon, Barcelona, Real Madrid and the Portuguese national team, I want to thank all of you Nerazzurri fans, who have shown me affection since my first day in Milan.

I am very pleased that my last Sunday as a player is, for me and for all of us at Inter, a Sunday of celebration for the success of the fourth consecutive Scudetto.

Winning has always been the only true objective of my career. Winning everything I could win, from practice matches in training sessions to championships, from cups to personal trophies. And to get to win, I have known only one road, that of sacrifice and work. They taught me this when I was a boy at Sporting and everything I have obtained has never come by coincidence, but after many sacrifices.

When I arrived in Milan, Inter was a team that was learning to win. We have come a long way together and for this I want to thank president Moratti, the coaches, all my colleagues, all the people at the club who I met and worked with. If I have been happy in Milan, the merit is theirs.

Football has given me a lot, but most of all it has given me the possibility to meet marvellous people and friends who will remain forever, and president Moratti and those who I have come to know here in the Inter environment will have a special place in this group. Just like you, dear fans.

The nicest trophy of my career is never having had a problem with a single team-mate.

To all Interisti, a sincere embrace and the conviction that Inter will continue to work to win more and more.

He has expressed his wish to continue with the club, and I, for one, would welcome that. Figo has always been one of my favorites, and say what you want about him, I think everyone would have to agree that, in his time, he was among the very best. I was lucky enough to see him play for Real Madrid and for my beloved Internazionale Milano. I wanted to put more memories here (his free kick against Roma, his pin-point perfect corner that Matrix converted against Milan), but there are just way too many. Even as his age got the better of him and his pace diminished, he still had exceptional vision and the ability to cross a ball onto the head of a pin. I know he came to Inter at the waning of his impressive career, but I am just thrilled that he was a part our club at all. He has a list of honors as long as your arm, this last scudetto is just the icing on the cake.

Thank you for all you have given us, Figo, and good luck at whatever is to follow for you. I am just glad you got to go out on a high note. 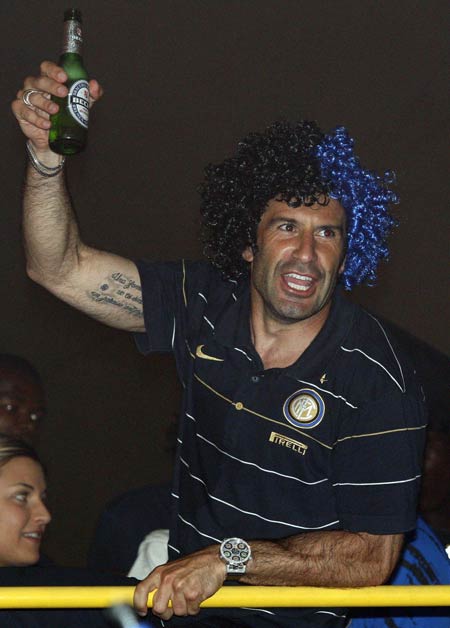