So Close We Can Taste It

Share All sharing options for: So Close We Can Taste It 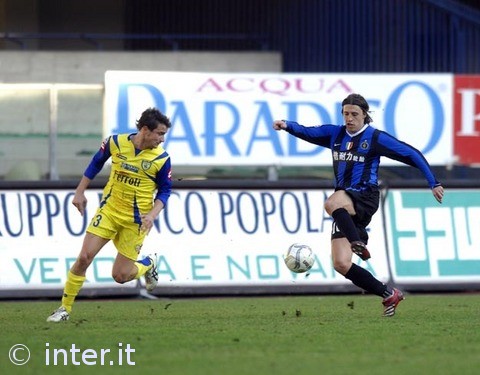 What: Chievo Verona v Inter
Where: Stadio Bentegodi, Verona
When: Sunday, 3pm local time (6am pacific, 9am eastern)
How to Watch: Fox Soccer Channel or streaming (MyP2P, Justin.tv, Rojadirecta, Ustream, and ATDHE.net).
Two households, both alike in dignity,
In fair Verona, where we lay our scene,
From ancient grudge break to new mutiny,
Where civil blood makes civil hands unclean.

Ok, so maybe there is no "ancient grudge" between Inter and Chievo, but still, this game could be the one where Inter wins the Championship and I expect emotions will be flying high. Of course, that would mean that Juve beat Milan Sunday night, but stranger things have happened. It also means that we beat Chievo Sunday morning, something we have far more control over. At the beginning of the season, we fans were looking at our last few games and dreaming of our next scudetto. Unfortunately for us, Chievo has had a bit of a resurgance and are looking to be a much more challenging opponent than anyone would have given them credit for at the beginning of the season. In the last couple of months, Chievo have beaten Atalanta, Lazio, Palermo, and Siena. They spectacularly held Juve to a 3-all draw, and, since the new year, only Milan and Roma have kept Chievo from scoring. Still, we beat them this season at the San Siro as well as the last time we met them at the Bentegodi (way back in February 2007); I believe we can beat them Sunday too.

Our last trip to Verona saw goals from Adriano and Crespo and a win for Inter (2-0). Normally I would put some highlights of the game, but I just can't find any. If anyone is interested, here is the match report. If anyone finds some highlights, put a link in the comments and I will add the video here. For now, we will make due with this lovely picture of the happy squad after our 2-0 win. Hooray. 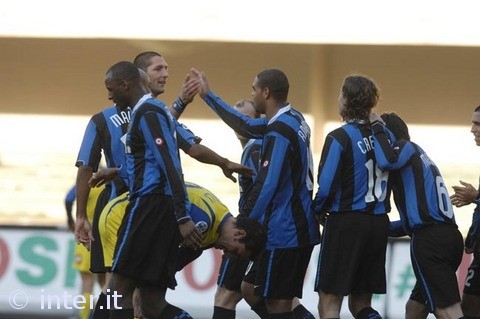 Hopefully one of the boys over at the Chievo blog will post a preview. Samson is MIA but Mostafa has been soldiering on without him (Good job, Mostafa). 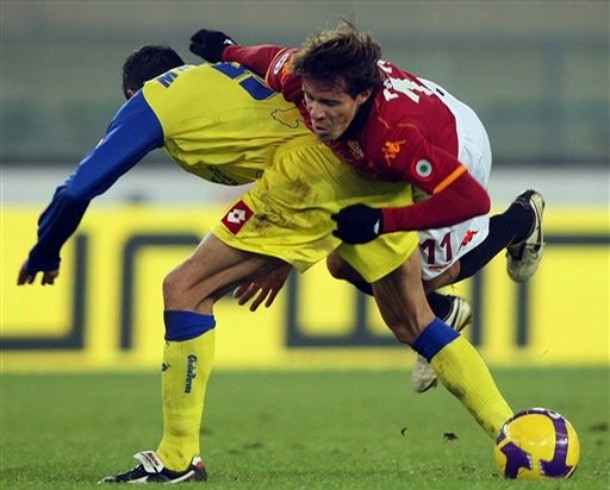 Hands up, who thinks Chievo will play for another 0-0 draw on Sunday?

Chievo is flying high after their 0-0 draw against Roma at the Olimpico last week. Apparently it was a tough game they were expected to lose (I didn't see the game, so I can't say). The fact that they shared points has the donkeys feeling confident. Hopefully this next match will see them come crashing back down to earth. I have nothing personally against the team, but the simple truth is, we have to beat them on Sunday.

Pellissier has offered up a little hint at why Chievo has managed to claw their way up from the depths of the relegation zone under DiCarlo:

"Di Carlo is brilliant. He has given that little bit extra that we didn't have at the beginning. He has given us the determination not to give up ever right to the end, he made us understand that in Serie A it is better not to let in goals than to look to score them in order not to risk conceding more than you should.''

Wow, so... Can anyone say 9 in front of goal? I guess Chievo will be playing a highly defensive game tomorrow. Grrreeeaaat. What fun. 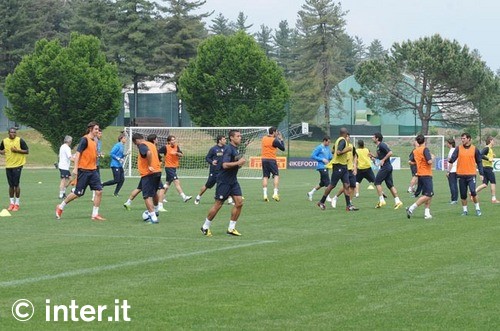 Mourinho has called up 23 players:

The big news here is that Ibra is disqualified for this game. While he is most definitely an important member of the squad, he is not the end all and be all of the team. Mou said today:

"It is obvious that Ibra an important player for Inter, but we are a team we played against Roma without him and we made three goals, against Sampdoria and we won. We can say that without him we have won four out of six. Ibrahimovic is not just important, it is the best player of the Italian Championship 2008-2009."

And while it is never good to loose your highest goal-scorer, Ibra's absence may provide an opportunity for Balotelli to shine. Mou was quick to point out that Mario had his best game against Roma, another match for which Ibra was not available:

"This is the situation: for some the absence of Ibra can affect the team because there is not in the best Italian player of the championship, but perhaps for Mario, because he is not afraid to shoulder the responsibility, knowing that there is no Ibra and that the club needs everyone to give a little more, maybe this kind of responsibility, to Mario, this is good because he is a boy who is not afraid of this type of situation."

Further, as Maicon is still injured, this game will be an answer to those who said that Inter is too reliant on Ibra and Maicon. Taking full points from this game would go some way towards silencing those critics.

There are some surprises on the call-up list: Joel Chukwuma Obi, a primavera player who has been training with the first team this week; and the inclusion of Muntari and Chivu. Both have been training separately due to small injuries, and I think their fitness will be evaluated on Sunday. Mourinho did say that he is unlikely to play both Muntari and Chivu, but will probably start one of them. My personal bet is on Muntari.

Ok, so where does that leave the squad? I have to admit, I dont really know. This is the part of the preview that I hate the most. I am never right and I hate trying to read Mou's intentions.

Tell you all what, this can be the reader participation portion of the blog: Who do YOU think Mou will play tomorrow?

(as an aside, La Gazzetta has changed the format of their web page and I dont like it - not at all!)

We cannot look to others to win this scudetto for us. No, our fate is firmly in our hands and it is up to Inter to win or loose this championship on the pitch.

On a personal note, I would just like to take a moment to thank the Offside Community. This month marks a year that I have been blogging for Inter. I know that we have not always gotten along, but as a whole, I think the people who congregate on the Offside and on the Inter Board specifically are a great bunch of people. Thank you all for coming back here day after day and contributing. Oh, and for putting up with my occasional beefcake photos and slight Julio Cesar obsession.

Now everyone, throw your hands in the air and dance around like you just dont care!