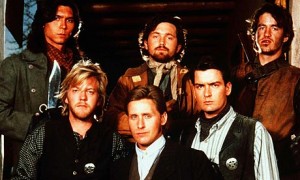 With the rise in player prices and club spending, a couple of years ago Inter decided to invest heavily in youth players during the ensuing transfer windows to stock the youth teams in the hopes of developing enough talent for the senior team years down the road to help relieve the club of some of the rising costs of fielding a competitive team.

This youth policy kicked into overdrive with Mourinho’s hiring. Taking a quick look at the players he requested from the club only Lampard would have been around 30. And taking another look at who he actually brought in, only Mancini was over 25 (he was 28).

Then there are the Primavera players that were promoted: Bolzoni, Balotelli, Mei and Santon. Bozoni and Balotelli made appearances for us last season, but this season they trained with the top squad the whole season.

And from the words of Mourinho, we are going to add 3 more primavera players to the squad, and he also named a goalkeeper. We can’t forget that before the transfer season even started, Inter may have come to terms with a 20 year old forward, but not the club, already. I purposefully left that player off this preview as he isn't actually part of the team yet. When he gets here, I got a lot of stuff on him.

This year, having caught up with Milan in the Scudetto race, is the first season that Mourinho will be expected to go deep into the Champions League, in my opinion. That means that our top veteran players might need to take more league games off to train and rest for Champions League games. 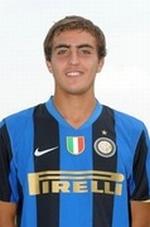 Andrea Mei
The 6 foot, 20 year old Italian central defender was only brought up this season for adherence to the Champions League rules and practice with the senior team as he spent the entire season playing for the Primavera. I am not really sure what this means for his future. I can only assume that he will be more a part of the top team this coming season. Considering that there isn’t any news of defenders leaving yet, it’s hard to gauge where his place on the team is or will be.

I hope that he can find a place as he seems to have done very well at the youth level. But he has never been called up to any of the National teams so it’s hard to call him a hot prospect. Then again, Santon nor Balotelli ever got a look on any National/Olympic teams until they actually started playing first team. 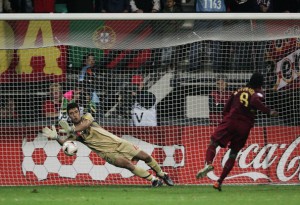 Emiliano Viviano
One of two goalkeepers that Inter will be bringing up to the senior squad, causing quite a glut at the position. I had thought that Toldo was going to retire, but I can’t find any confirmation – other than he recently signed a two year extension. Orlandoni is still, as far as I know, the #3. But Viviano who is currently on loan and Belec, the primavera goalkeeper, will be in Appiano Gentile training this summer.

My odds on favorite to win a job, if there is one to win, is Viviano. He’s older and taller (He’s 6’ 5”) than Balec and has played in Italy as a professional since 2004 as the goalkeeper for Brescia in Serie B. He’s also made several appearances for the U20 and U21 National teams and also the most recent Olympic team. Unlike Belec, he hasn’t gone through the Inter youth system since he was bought in the Winter Transfer window. 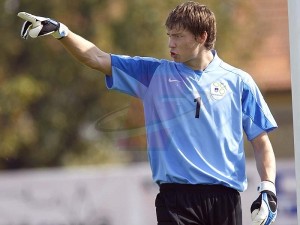 Vid Belec
19 year old goalkeeper from Maribor, Slovenia (remember this place, you’ll hear it again). Vid is the Primavera goalkeeper and has been for a few years. It’s hard getting information on the Primavera players for several reasons – teams intentionally want to limit info going out to other teams… like Manchester Poachers and frankly, not everyone in the squad is worth a write up. Near as I can tell the tall Slovenian (he’s 6’ 3”) was the Goalkeeper of the Primavera squad that won the Torneo Viareggio tournament in 2008

The Primavera team has done very well during the time that I can confirm that Belec was on the team. Belec has been training with the senior team for the past 3 months. He’s also on the Slovenian National U19 Team that qualified for the UEFA European U19 championship. 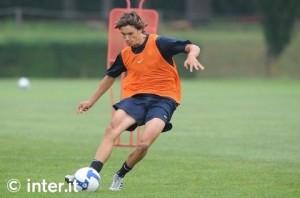 Rene Krhin
19 year old player from Maribor, Slovenia. Rene is a midfielder for the Primavera team that has been training with the senior squad for the past three months and has been named by Mourinho as one of the 3 primavera players to go with him to summer training camp, which I assume includes the U.S. tour. Rene is supposed to be – again data is hard to come by but there’s more on Rene as he’s not really a secret - a creative midfielder that is almost a forward, kind of in the Lampard mode, meaning that he will come back slightly on defense, but he earns his wage as an attacking player.

Rene came to Inter at the same time Belec did (about 3 seasons ago?), but was unable to start playing for the Primavera as he had an injury that kept him sidelined for about 6 months, so he started his Inter journey a little later. I was hoping that we would see more of Rene during the last few days of the season, but we were too busy trying to get the scoring title for Ibra. I hoped to see him on the field this summer but he will be at the U19 Euros with Vid Belec, as the captain of the Slovanian team. I have a lot of confidence in Rene keeping his head on straight if he makes it, using Adriano as a reference, he said in an interview that he wouldn't go to night clubs in Milan as it might screw up his football career.

Joel Chukwuma Obi
18 year old midfielder from Lagos, Nigeria. He has spent 3 seasons in the Inter youth system and 1 season with the Primavera like Santon and Destro. They were all in the Allievi Nazionali (the next age group down from the Primavera) for the 2007-2008 season. I can't find much on info on Obi, not even a picture that I can be confident is him, but I suspect that he’s a defensive midfielder as he only scored 3 goals this season. He’s one of the magic 3 that Mourinho said would be part of Summer camp this close season and he has spent the last 3 months training with the senior squad. 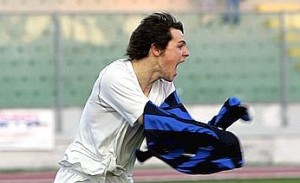 Mattia Destro
18 year old forward from Ascoli Piceno (from the cool coast of Italy). Destro was one of the leading scorers of a very good Primavera side that finished at the top of their table, beat Milan 3 times and came within 2 games of another Scudetto. Mattia had 10 goals this season in the Primavera season. He’s the last of the 3 that Mourinho had named as going to summer camp with the senior squad and he’s considered by some ex-Inter players – now pundits (Lo Zio and Mazzola both mentioned him in interviews) to be a top notch forward that needs to be playing in Serie A. Of the three I think that he’s got the best chance of actually making the team, since we will likely have a glut of midfielders and goalkeepers.