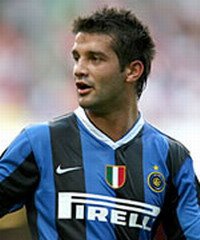 The Champions League group stage, in case people have forgotten why the game was played in the first place, is about survival and advancing into the next round. The one thing you don't want to do is to shoot yourself in the foot and come away with no points and have to fight an uphill battle. 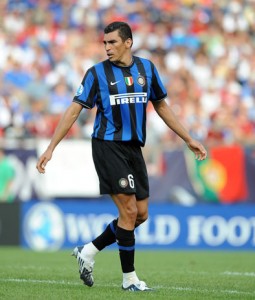 Against a team like Barcelona, I think that most of us have already expressed that the draw was both a positive result and a fair one. It's positive because we gain points at home against the best team in the tournament. It's positive because we showed that even as newly thrown together as we were, can hang with anyone. In fact, we might just have caught a break playing Barcelona now as we are clearly not quite 100% and it looks to me like Barcelona was still trying to figure out how to incorporate their newest signing as well. 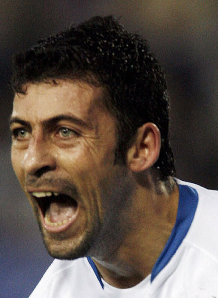 Our defence really shone in this game as in the second half we were finding ourselves unable to stay compact and lost some shape to our formation as gaps between the midfield and the attack began to get wider as we were forced to commit more forces to the defence.

Those players who helped out the most in this effort are my Inter Players of the Match. Their pictures are all above this text. I don't think that there can be much dispute about that...

I am not going to do a full pagelle for this game. We have discussed it enough to understand who played well and who needed to step up their game.

In the first half this game started to look a lot like Inter - Milan. We absorbed a lot of pressure but there wasn't any real threat at goal and Cesar was able to handily deal with whatever came his way. As one might expect, Barcelona looked pretty impressive, but there wasn't a whole lot of teeth in the attack yet. 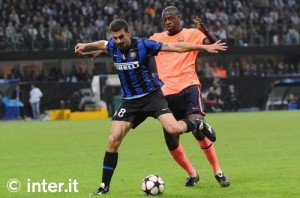 About 15-20 minutes into the game the tide slowly started to turn as we mounted a pretty coordinated attack through the midfield that looked pretty impressive. Not only were we attacking, but we started to force a save or two. Schmujcko could have lost his nickname on 2 attempts on goal he had this half where he was essentially shooting with no one on him from good angles.

Muntari had some bad moments during this time. We kept trying to up his side of the field and he kept making some bad passes. He was still pretty effective defensively but we needed Muntari to help relieve some pressure as well, but it just wasn't there. It seemed to me that game was a little too big for him, if you understand what I mean. 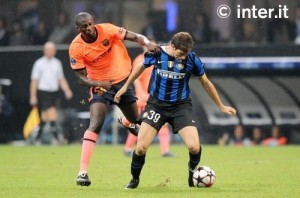 When we were able to start a counter attack, it seemed that one of Barcelona's tactics to keep us off their somewhat overmatched defensive line was to foul the attack early in the midfield. About halfway through the first half Zanetti was brought down from behind in the first of several tactical fouls against Zanetti himself but also against Santon and others. To me, this was a huge mistake from the referee as well something of a contradiction of the "pretty football" that Barcelona FC and fans purport to believe in.

Several other referee mistakes marred this game as Muntari, Maicon and Milito were all whistled for offsides but replay showed all to be even or yards on. 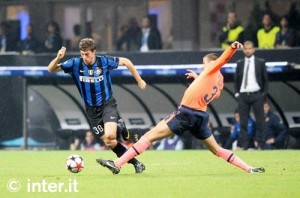 As the second half progressed 2 things became more obvious. The first was that Muntari had to leave the field as he was playing terrible. Several times up to this point he was losing the ball in our own half. The second thing that became obvious was that our formation was losing shape. Our attack had to either receive long balls in the air or they had to drop way back in order for the defense to relieve some pressure. Most of he second half degenerated to Barcelona passing around the defence and us playing The Shell Game.

Julio Cesar's activity became more frantic and there was a genuine scoring opportunity for Barcelona as Cesar left his line to pressure a player and the ball was passed backwards but still in the area. Thankfully, the shot was ridiculously wide as that was the moment that I thought the game was lost. 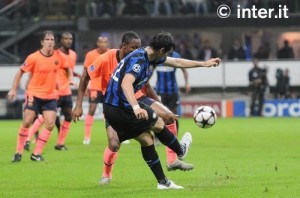 It wouldn't be right to say that we didn't have our chances as well, though since Barcelona out shot us 11-8 according to Inter.it. In fact on the other end of the field Milito schooled 2 defenders and took a beautiful shot himself that was saved in a nice play by the Goalkeeper Valdes.

The refereeing was a little tighter this half, as Barcelona players Toure and Henry actually received cautions for professional fouls, although it might have been too little too late. Chivu was given a card for taking a piece out Messi's foot even though the replay clearly shows that Chivu got to the ball first and that there was no attempt to harm Messi in the first place. Stankovic was correctly not cautioned for handling in the box as it was the ball that hit his arm (not the other way around) and he was obviously trying to move his arm out of the way of the ball behind his back. Although some others might say that there was poetic justice in the fact that play was allowed to go on.

All in all as I said at half time, it was a tight and nervy game that could have gone either way. Personally I am okay with the draw and the split points as long as we can at least draw our next game, which is away to Rubin Kazan.