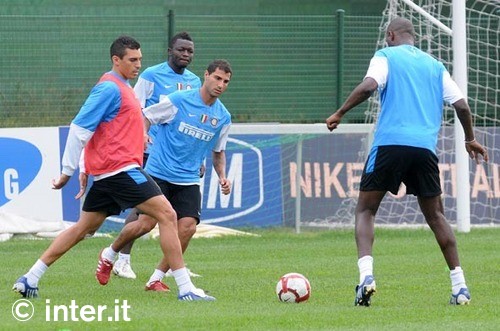 Match day 1 for us in the UEFA Champions League is now over and we have to regroup in order to survive a different tournament – the Serie A Championship.

More after the jump – 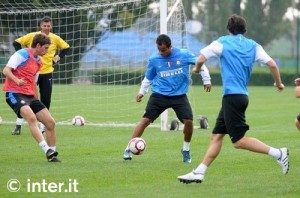 Who, What, Where and When to Watch
Cagliari v Inter
Matchday 4
9am EST on Sunday, September 20, 2009

So it's time to dust off your Sopcast or tune into Justintv for this one.
Myp2p.eu
Atdhe.net

Inter and Cagliari have met 37 times and we have a 9-16-5 record against them in Serie A. The last meeting took place the week after we locked up the league title and Cagliari won 2-1 at home. The score line read: 8’ Ibrahimovic, 34’ Cossu, 71’ Aquafresca. Both teams have undergone some changes for, as far as I know, only Cossu will be on the field tomorrow from that scoreline. Our best result against Cagliari in the Championship was 0-3 in 1990 thanks to a hat trick from Klinsmann. 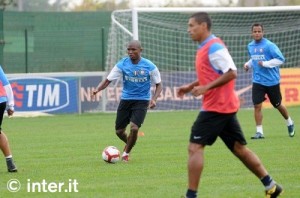 I would anticipate the 4312 formation. Cambiasso is called up, but I would think that he’s going to be held out of this game. Also, none of the youth players were called up. If were up to me the team would look like this:
12 Julio Cesar
13 J. Zanetti 2 Cordoba 6 Lucio 4 Santon
7 Quaresma 5 Deki 8 Motta
10 Schmujcko
22 Milito 45 Balotelli

Mourinho
After three consecutive league matches at the Stadio Giuseppe Meazza, Inter fly to Cagliari this afternoon ahead of Sunday's Serie A Week 4 meeting with Massimiliano Allegri's Cagliari at the Stadio Sant'Elia - the first of three matches in seven days.

"Until now we have played three championship matches in a month, and now we will play the same number in just one week," said José Mourinho, whose Inter side entertain Napoli in midweek before their away match against Sampdoria next weekend.

"We are at the start so we still don't need to rotate many players but I will have to manage the situation of those who played with their national teams, in the Champions League, and who now face three games with a two-day break in between.

"I think every team involved in European competitions should be protected so they can be in the best possible condition. Unfortunately, we are a bit unlucky. The calendar is not in our favour. On Wednesday we face Napoli, who play today in Serie A Week 4 while we play tomorrow. In the same way, a team like Juve that is playing for our same objectives, play on Saturday and Thursday while our games are on Sunday and Wednesday." 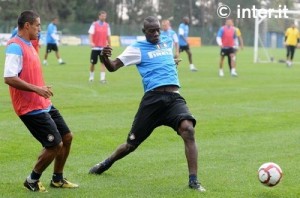 "I think that every club playing in the Champions League needs protection. In the other countries they all play early games, whether they are playing in Europe on Tuesday or Wednesday."
Esteban Cambiasso has made a lightning quick recovery from injury and is an option for the midfield against Cagliari. "I don't know if he will be on the pitch from the first minute; for now I can just say that Esteban and the entire medical sector, including the two fitness coaches who followed his recovery, have done a spectacular job," said Mourinho, who added with a smile: "I'm not sure if Julio Cesar can play tomorrow. He had a lot to do during the game against Barcelona and I think he needs to rest. He touched the ball three times on Wednesday..."

The Inter coach also spoke about Mario Balotelli during his pre-match meeting with the press: "I have to point out that he is a weapon that you use as you like. After the match he played with the Under-21s he was criticised by the press and Casiraghi had to intervene to defend him. A few days ago you said he should be a starter against Barcelona. Luckily, I laugh about it, continue on my path and remember that in their last two Champions League matches Inter have played against the last two European champions. Balotelli and Santon in the starting lineup tomorrow? Both of them or neither of them."

José Mourinho ended today's press conference by revealing his plans for the evening: "I don't know if I will watch the Juventus match. It depends on the chef..." 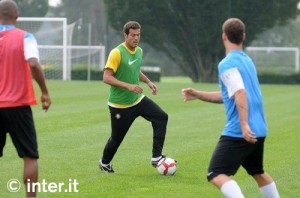 "We're up against one of the strongest squads in Italy and in Europe," Allegri told the club's official website cagliaricalcio.net.

"We'll have to make the most of the opportunities that we create, but above all give a good performance."

After a phenomenal season last year in which the Sardinian side finished 9th, their coach knows that a difficult encounter lies ahead. However, he also knows what it takes to beat the Nerazzurri, as the Rossoblu ran out 2-1 winners in this fixture last term.

"We must ensure that we keep them away from our goal, otherwise they will be trouble. We have conceded lots of headed goals in these three games," he added, before announcing his team.

"[Federico] Marchetti in goal, then [Lino] Marzoratti, [Michele] Canini, [Davide] Astori and [Alessandro] Agostini as the four defenders. In the midfield are [Daniele] Dessena, [Daniele] Conti and [Davide] Biondini. [Andrea] Cossu plays as trequartista, with Jeda and [Alessandro] Matri up front.

"We know that the whole of Sardinia wants a great game, but the fans must also give us a hand - particularly in the difficult moments," he concluded. 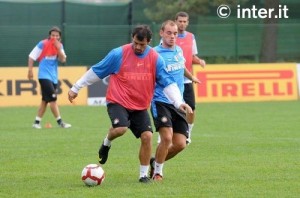 Despite their decent showing last season in Serie A, Cagliari probably has the talent of a lower half of the table team which means that this is a must win game for us. However, this is one of those teams that usually gives us some problems (see also, Atalanta) – consider the high number of draws in this series – and it’s one that we need to win to keep pace with Genoa, who look like they honestly believe in themselves this season, and Juventus.

But there are dangers ahead. We wore ourselves out on Wednesday against Barcelona and we had a very important game against Parma the Sunday before. These upcoming 2 weeks is going to test our depth as we have 4 League games and 1 Champions League game in 14 days. We might still be able to bounce back for this game, but I am very skeptical that we will be able to hold this pace for 2 more long weeks… and incorporate a long trip to Russia as well. Stay posted.