Share All sharing options for: Partenopei Come to Town 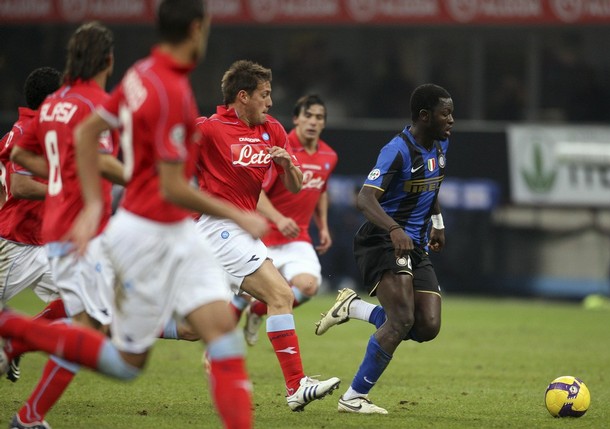 First, a huge "thank you" to MAD for picking up my slack last week. I really appreciate it. Unfortunately, though, I am back so all you readers who got used to quality last week will have to make do with me now.

Inter will entertain a slightly down-on-their-heals Napoli this Wednesday. They are coming off a lucky 0-0 draw with Udinese and a 4-1 thumping from Genoa so are sure to be looking to get back to winning ways. We, on the other hand, won our last fixture - although by all accounts it was not pretty - but will be without Thiago Motta or a fully fit Cambiasso. Oh, that's right, and no Mourinho either. In other words, this may be tricky for both teams.

Inter and Napoli have a long history together. The two teams have played 66 Serie A games in Milan, with Inter winning more often than not (w: 45; D: 14; L:7). In fact, you have to go way back to December of 1994 to find a win for Napoli in Milan so history and statistics are definitely on our side. Last year, a rare Cordoba goal and a beautiful back heal from Muntari were enough to secure all three points:

For the real poop from the Napoli-fan's perspective, go check out Christopher's preview over on the Napoli blog.

As I said above, Napoli has not had the best start to the season. After four games, they sit at 14th place with only one win. They have scored five goals, which is not too shabby, but also have allowed seven, which is actually pretty stinky (the worst is nine goals allowed by both Siena and Catania). For me, this statistic demonstrates quite a bit about Napoli: they have some talented attacking players (Quagliarella, Lavezzi, Denis, Hamsik) but a woefully leaky defense.

Not that they dont have some good players, but it seems that their 3-man back line has trouble containing the more aggressive forwards. I admit, though, the only Napoli game I have seen this season is the Genoa game where they were soundly thrashed so my viewpoint may be a bit skewed. Still, if that game is any indication of what we may be up against (and it very well may not be), then they will have a heck of a time with Inter's attack - even with Vieira on the pitch. 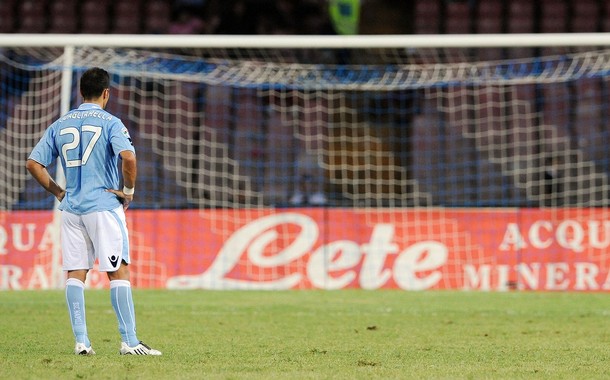 Lets hope Fabs continues to be stymied by the goal.

Donadoni has called up 20 players:

La Gazzetta believes that Napoli will field their usual 3-5-2 with:

By all accounts, De Laurentiis is not happy with the state of SSC Napoli. He is making subtle threats and starting a "watch list" in the hopes of motivating the players towards his goal of a top-four finish.

He certainly has enough talent on the team to realize at least a European spot this year (did you see Datolo's goal against Brazil last month?) if only the squad can get over whatever it is that is holding them back. Maybe they just need to chew more Napoli-branded gum or something. 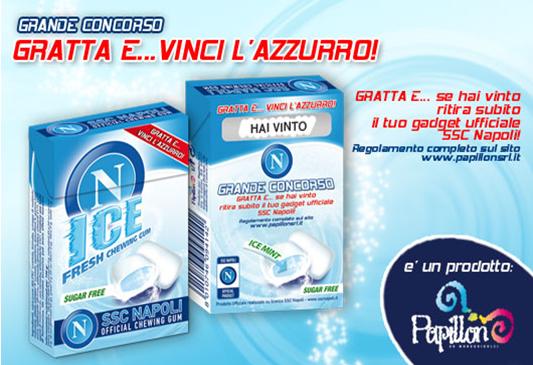 Mourinho has call up 20 of his own: 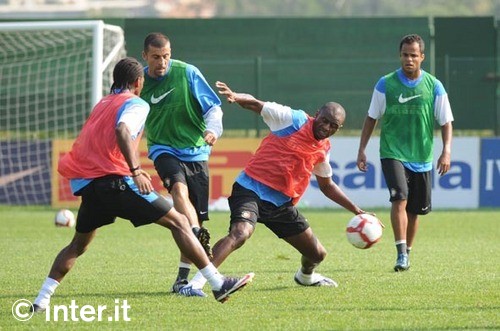 Hmm, who will show up, the good Vieira or the stinky one?

As we all know, Mourinho will not be joining us the team at the touchline for this game. In a fit of pique (presumably), he didn't even attend today's presser sending who I like to think of as Inter's vice captain, Esteban Cambiasso, in his place. He did very well, and, after approximately 20 or so questions, he managed to say just about nothing. As near as I can tell, Cuchu was the next best thing to completely canceling the conference entirely.

See now, dont you all feel informed? Yep...So, back to talking about the game, someone has to, right? 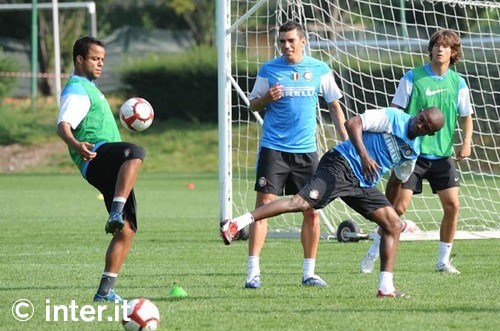 Hands up, who thinks a shirt number change will really make a difference?

This game is important. Inter has a grueling schedule ahead of us and we need every ounce of confidence we can get. Unfortunately, that is easier said than done. Our midfield is... well... in a state of flux. Cambiasso is on the mend but really not all there yet while Motta is out for at least a month. Sneijder has potential, but has yet to really find his form with the team. We all know Muntari has "it" in him, but recently he has been having trouble finding that spark. Mancini is apparently back from injury, although I dont know if that will really provide much of a boost to the team. And then there is Vieira... the least said about him the better. We have a quality defense and a top-notch attack but I think it will be our midfield who will decide the game. If they are clicking, the rest will fall into place (everyone cross your fingers!).

Ok, so were does that leave us in terms of a line up.... How about

I suppose Samuel could get a start, but he may also be rested ahead of Udinese. I think the large numbers of slashes above shows that we may have slightly more depth than I thought. I suspect that Sniejder will start, only because the only way he will find his form is to play. Likewise, I think Muntari will get a run out.

Here is the deal, this is only the fifth game in and the team is already looking a little ragged. We really need to pull our stuff together because this next month will eat us alive otherwise. Russia and Ukraine scare the beejeesus out of me. We need to use these challenging Serie A ties to hone our game. Our Champions League aspirations will be made or broken against Rubin Kazan and Dynamo Kyiv.

But oh ya, Napoli... Lets totally kick their behinds tomorrow!

If things really get bad we can always unleash GIANT TOLDONE to crush them all ('cause see how small the ball is in relation... he must be a giant, right?) 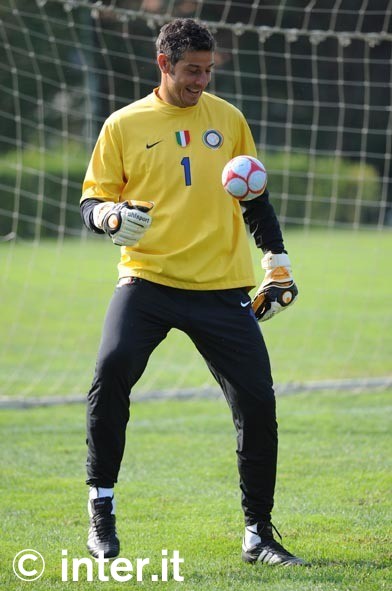