If It's Saturday, It Must Be Sampdoria

Share All sharing options for: If It's Saturday, It Must Be Sampdoria 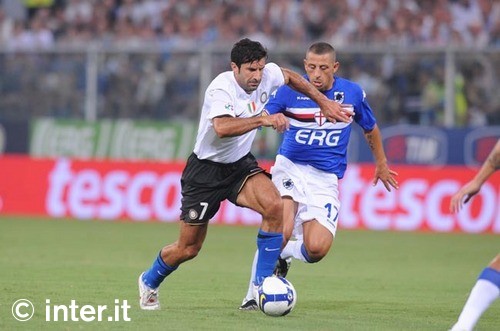 Our breakneck schedule next takes us to Genoa to take on the in-form Sampdoria. They have had a great start to the season and sit just one point behind us in the table. True, they had a bit of a setback against Fiorentina last week, but I bet that will just make them that much more motivated for a win at home. Last season, Sampdoria had great home form, only losing three games. This season, they will look to continue their dominance of the Stadio Ferraris by taking a point off us, if not 3. I am sure we will but up a fight, but looking at the call up list, it seems we may be fielding a bit of an experimental squad. This game has "nail biter" written all over it.

Inter have a pretty good record against Sampdoria, even when playing in Genoa. Of the 53 matches played, Inter have only lost 9 (W: 24, D: 20). We have even managed to outscore them 88 to 54. Still, there have been some thrashings - on both sides. Inter have managed to put five goals past Samp on four occasions and scored four goals an additional four times. For the Blucerchiati, they have put four past Inter three times in Genoa. Lately, though, things have settled down, and for our last six Serie A meetings, neither team has scored more than two goals. (We wont go into that Coppa Italia mess from last year just yet.) Not that any of this has any bearing on Saturday's game, but I just cant help myself - l just love the numbers.

Last season, Inter opened their campaign with a trip to Genoa. That game ended in a one-all draw and the recriminations against Mourinho (it was his first Serie A game with Inter) began. Here are the highlights:

Somehow, we managed to get past that draw and take the title. Somehow...
THEM 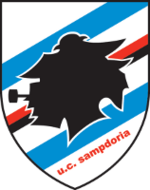 Unfortunately, the Sampdoria board here on the offside seems to be dead. Too bad, because as Francesco pointed out over on the Italy main board, Sampdoria have a pretty good squad this season and 2009/10 may see them end in Europe. For me, I have always liked their team crest. I know it is supposed to be some sailor named Baciccia, but to me, it just looks like a sort of pointy ink blot... with a pipe. I like that the sailor is in the eye of the beholder, because as near as I can tell, it could just as easily be a scotty dog in a graduation cap... smoking a pipe.

Del Neri has called up 19 players:

I am at a bit of a disadvantage for this section as I haven't seen a single Sampdoria game this season. I know they have a strong record, but I have no idea how they are playing. Looking at the teams they have played already, really only the win against Udinese stands out as being against a "top team." The other three (Catania, Atalanta, and Siena) were all against teams that are already struggling this season. Interestingly, that win over Udinese came at the Stadio Ferraris - we could be in for a fight.

This is also the squad they started against Fiorentina last week.

Mannini, Pazzini, and Padalino are Samp's big scorers so far, with seven goals between them (3, 2, and 2). Cassano only has one goal as yet, but with four assists, he is clearly a deadly part of their attack.

I am sure we all remember what Pazzini and Cassano can do against us - well, against a cobbled-together back line which included Nelson Rivas plus Maxwell in midfield. I will admit, they beat us good and proper, but this year's second team I feel is potentially much better than the one they creamed 3-0 last year. I know, famous last words.

As a side note, Sampdoria will be wearing black armbands in honor of Enzo Garufi, club President from 2000 to 2002. He died on Friday at the age of 89. 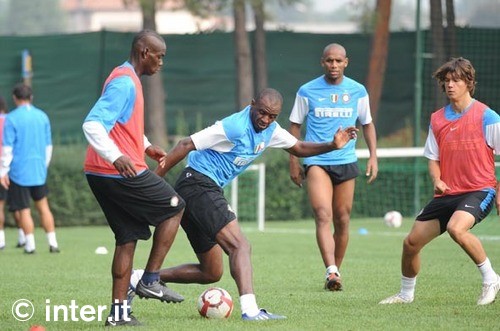 Wow. Take a look at that midfield call-up. I guess now will be the true test of whether or not we actually have depth. The boys are tired, no doubt about it. Many of them have not had a day off since the Thursday after the Barcelona game. Even worse, they wont see another until after the Rubin Kazan CL game. I know, all the teams competing in Europe have these sorts of schedules, and this is the true test of champions... forged in the cauldron of adversity... bla bla bla. All I know is that when schedules get tight like this, people get hurt and that makes me cranky. Now is the time for some of these players to show us all why we should buy a jersey with their name on it (Balotelli, Quaresma, Mancini - I am looking at you!). We need options and I fully expect them to step up! 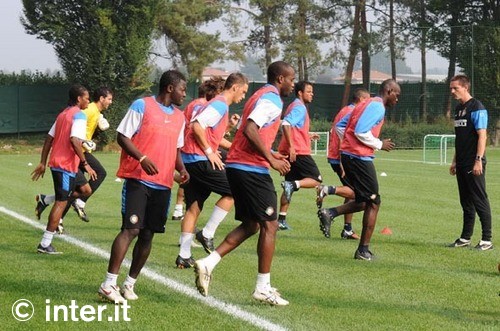 Come on boys, lets look alive out there tomorrow!

Alright, clearly there will be some changes from our last game, but I dont see Mou completely shaking things up. I think Samuel may be rested ahead of the CL game so how about:

I know that Mourinho is loath to mess with a good thing up front, but Milito looked exhausted after Napoli. Maybe, just maybe, we will see a little variety in attack. Hell, there may even be an elusive Suazo sighting. 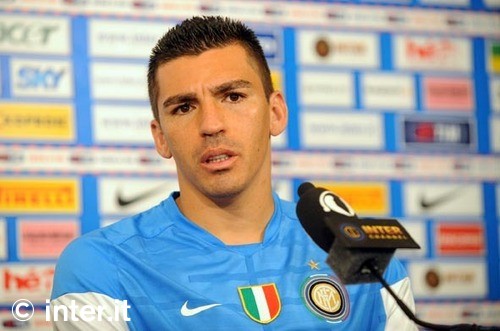 He likes Jesus and winning... and boring press conferences, apparently

Mourinho is still giving the press the silent treatment so sent Lucio out to the conference today. From what I could tell, it was very short - apparently he doesn't really speak Italian (but he said he will be starting lessons soon). This time, no one even bothered to ask questions about tactics and formations. Consequently, this conference was even puffier than Cambiasso's.

See, what did I say, worse than Cuchu. The good news is, I think UEFA will require Mourinho to participate in a press conference before the CL game. Which is a good thing because I dont think I can stand it much longer - I am totally having Mou withdrawals. Come to think of it, that is probably his real motivation for this press silence - after all, absence makes the heart grow fonder.

Tomorrow is when we really see what Inter is made of. There is simply no way we can play the same 14 players for 38 league games plus CL games plus Coppa games. If we dont have some options we will never be able to achieve the goals we have set for ourselves. I know it is a bit of a catch 22: players need pitch-time to excel but not everyone can play every game. Now we see just how complete Inter's training really is. I am lighting a special candle (maybe even scented) to the Calcio Gods tonight in hopes that Quaresma will finally begin to show at least a hint of the spark he had at Porto. It is his birthday today, after all. Maybe he is just a late bloomer.

Do you think the Calcio Gods would prefer vanilla or cinnamon?

Happy thoughts, everyone. Nothing but positive energy and good vibes.