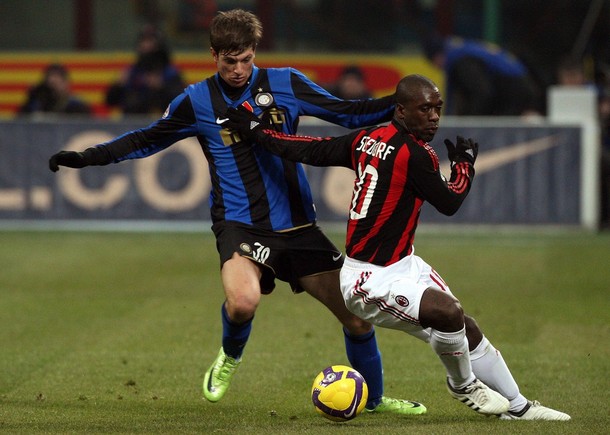 Right. So here we are, the big game at last. If you are to believe the Italian press, this game is for all the Scudetto marbles. After that horror of a Bari game, we have only the slimmest of leads over Milan (6 points) and they have a game in hand, so, yes, the points are getting a little tight at the top. Still, this is only January and a lot can happen in 4 months. As an added treat, I will be hosting a live chat here tomorrow for the game.

For the past three years, Inter have won this fixture, all finished 2-1. Last year there was a bit of controversy surrounding this win, what with Adriano and the hand ball (or perfectly valid goal, depending on your opinion). Probably what I remember most about that game was that it cemented Santon as a rising star for Inter. Unfortunately, this season his trajectory has not gone entirely to plan... This derby may be just what he needs to find his momentum again.

Gianfranco has been on it this week, and has all sorts of pre-derby content over on the Milan board. For a complete breakdown of the fixture from a red and black point of view, head on over to the Milan board as I will not be doing that. 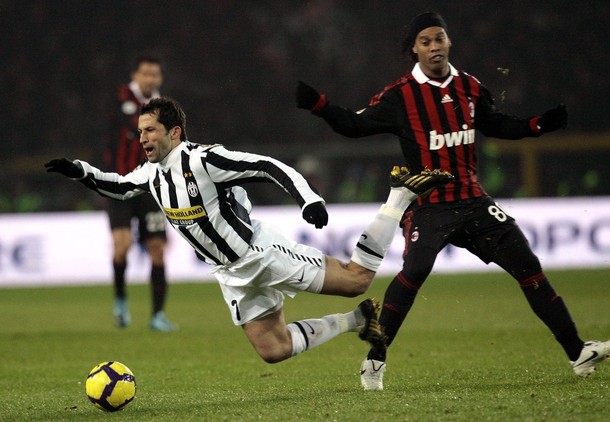 Clearly, should not be held responsible for his own actions.

Much has been said of Ronaldinho's refound form and his 9 (gasp) goals this season (4 of which are from penalties). Ok, sure, he is or was or will be a great football player - whatever. Personally, I dislike the guy, immensely. And no, it is not because he is a show off or because he plays for the other team, but because he always gets away with murder. He has that idiot savant grin that somehow convinces the refs that he shouldn't get the card he deserves - presumably because he is just too stupid to really be responsible for his actions. I hate him the way I hate that person who cuts you off and almost sideswipes you but then gives you that little "Sorry, I'm an idiot" grin and wave - like being stupid makes it ok.

I will say, though, that Milan have been in good form. They have been winning pretty consistently, and, thanks to Galliani's inexplicable ability to rearrange Milan's fixture schedule at will, they will be fresh and raring to go. Pato is in Brazil so is unlikely to make the game. Nesta has been on the maybe list all week - I have no idea what his final status is. For me, the only player to watch will be Borriello. He has suffered for his career and now he is finally reaping the rewards. He is dangerous - no doubt about it.

As for the rest - it will be interesting to see which Gattuso and Pirlo show up. Both can either be that one crucial element who can almost guarantee the win or the horror player who seems to be actively sabotaging their squad. I have no idea what phase they are in now (I haven't seen a Milan game since we beat them last fall), but it is bound to make a difference. 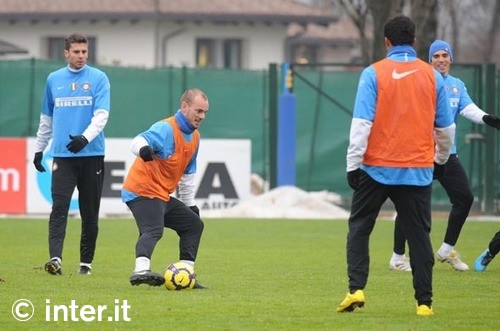 Our little Dutch ray of hope

Mourinho has once again borrowed heavily from the youth squad for this game:

I dont know if you all noticed, but there are five (5!) youth squad members on the call up sheet, including one Felice Natalino who I think has been included on a first team callup for the first time. Stankovic, it seems, has not recovered for the game, and both Thiago Motta and Muntari are maybes. Sneijder went home from training yesterday with a fever but seems to have trained normally today. I have no idea if he will actually be fit for Sunday or not. Most worrying of all is that Mancini is on the callup list. In terms of the Inter squad, his name indicates we are well and truly scraping the bottom of the roster barrel. 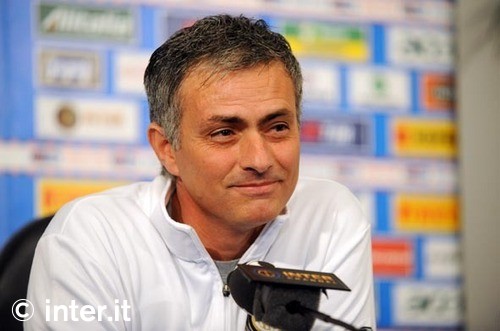 Mourinho refused point blank to discuss formations of any kind today at his press conference. He did say something about people in trees with binoculars, but that is about it. Really, all he said was that the team worked well this week, he has always managed to find 20 players to work with, and the better team will be decided in May. 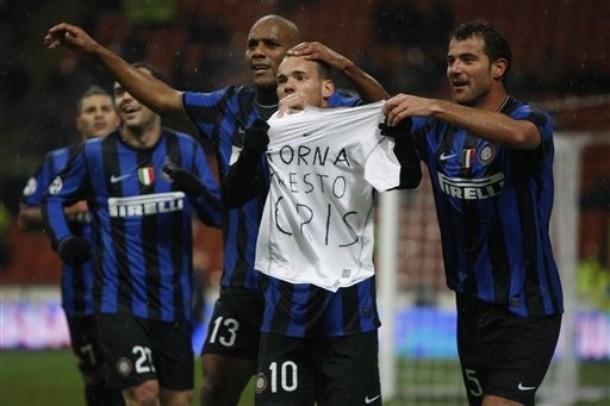 Yes, Chivu, return soon - it hasn't been the same without you.

For my part, I hope that with Stankovic and Chivu out, we have seen the last of that odious 4-2-3-1. Maybe if we had a proper left back or someone to cover for Zanetti in midfield, maybe then that formation makes sense. Right now, with players out and others playing injured, it just doesn't make any sense. Well, at least not to me. Who knows what Mou will do. Here is what I would like to see:

JC
Maicon (the good one, not the crappy one who has been showing up) Lucio (ditto) Samuel Santon (fingers crossed he is good again)
Zanetti Cambiasso Thiago Motta/Muntari
Sneijder
Pandev/Balotelli Milito

I wish I could be more confident about this game. I wish I could look at that list and see Chivu and Stankovic on it. But I cant. Instead, I see five youth players, five players who have hardly seen the pitch this season (Santon, Materazzi, Quaresma, Mancini, Arnautovic), and four players who are struggling to be fit enough to play. That worries me. Still, this team has done things I thought were almost impossible so I wont count them out yet. I will, though, cross my fingers, light a candle, and and make a small offering to the Calcio Gods.

Just to remind you all what we are capable of: