Inter v Juve: Once More Into The Breach

Share All sharing options for: Inter v Juve: Once More Into The Breach 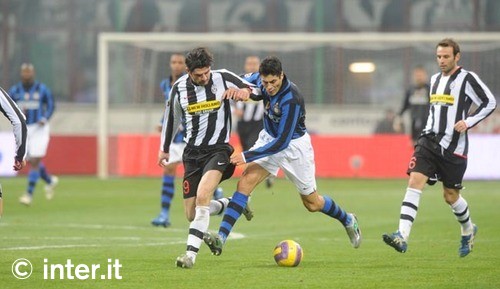 Juventus come to Milan for the quarter final of the Coppa Italia, probably bringing all their sicky sicky germs with them. They are a team in tatters and I find myself in the strange position of feeling sorry for them. Well, let me tell you, I dont like it - not one bit. Luckily, I am sure they will come to the San Siro with fire in their hearts because whatever they may be going through, this is still Inter v Juve and both teams will do whatever they can to win. I am sure that by 10 minutes into the game tomorrow I will be cursing their name with relish again. Although they are going through a bad patch, not even relegation can get Juve down for long. I am expecting a battle tomorrow - and of course, an Inter victory.

What: Inter v Juve, Quarterfinal, Coppa Italia
Where: San Siro, Milan
When: Thursday, January 27, 8:45pm local time (11:45am pacific, 2:45pm eastern)
How to Watch: I think this will be broadcast on GolTV if you have it, if not, find a stream: MyP2P, Rojadirecta, Ustream, and ATDHE.net.

Inter and Juve have met 28 times in the Coppa Italia, 14 of them in Milan. Of the 14, Inter have won 5, drawn 5, and lost 4 - basically, statistically any outcome is just as likely as the other. Our last meeting was a quarter final just like this, in January of 2008. That game finished 2-2 with both goals from Cruz (I sure miss him).

Not our best defensive showing - up 2 goals to nothing and then to end in a draw - tisk tisk.
Highlights:

Juventus is not in a good place right now. Besides being in the midst of a losing streak and embodying the phrase "injury prone," their coach is seemingly moments from receiving the sack. It is just nuts. Still, I wouldn't count them down yet. With Ferrara's head on the block, the squad may see this as his last hurrah and pull out all the stops. Hell, it may even goad Melo into being good. Plus, they still have some talent left on their team and, when it comes to Inter, a never say die attitude. I am just saying, dont get too comfortable yet. There is still a game to play.

For a full take on the game from the Bianconeri point of view, go visit Alessio and Robert over on the Juve board.

Now lets get down to what is really important... 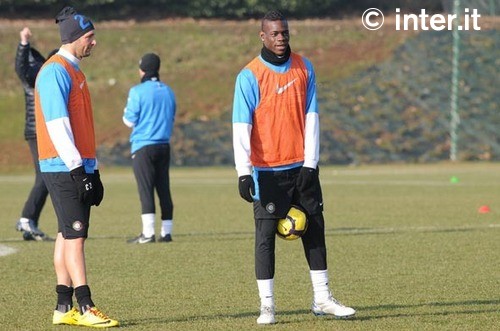 Er, right. Walking away - taking the high road... Definitely not writing anything about balls.

Mourinho has called up all our available players:

Holy cow, would you look at that! A call-up list with only one (1!) youth player. Hooray. Looks like there may actually be a light at the end of the injury tunnel - hallelujah. A big boost is the return of Eto'o from the CAN (although Pandev is certainly not chopped liver!). I wanted Camaroon to go to the finals, but I am also quite happy to have him back in Milan. Although he is on the list, it seems unlikely he will actually take the field tomorrow. Mourinho said his mental and physical condition will be evaluated before the game.

For the rest of the list, it is just what one would expect. Stankovic, Krhin, Mancini, and of course poor Chivu are injured.

Mourinho has made some hints about the starting squad for tomorrow, saying that it will not be so much about rotation but merit - that is, there are players who have been working hard in training and now deserve a little pitch time. Toldo will start in goal, Lucio in defense, Sneijder in the midfield, and Balotelli up front. Besides that, it is anyone's guess.

Mourinho has said he has always respected the Coppa Italia and, with the callup, it seems that he will be taking this game seriously. I, like Mou, want to win this thing. I know that a lot of fans think of this as a throw away tournament, but it seems to me that any time you play Juve, especially at your own house, you have to give your all. The beast must be slain - the forces of good must prevail. There can be no other way.

Lets win this thing and put Juve out of their misery. When you think about it, it is the only humane thing to do.

And because watching this makes me happy in all sorts of wrong and embarrassing ways: