Parma - Inter: Back to Basics

Share All sharing options for: Parma - Inter: Back to Basics 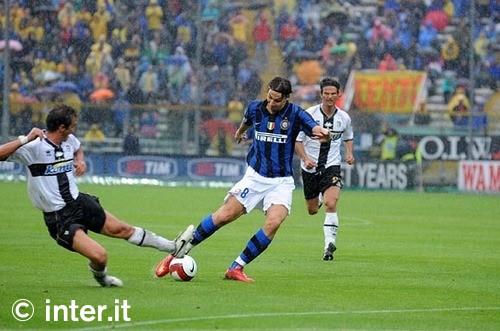 Inter travel to Parma to take on the Ducali this Sunday. After such an emotional and triumphant week, this will be a test of our concentration and determination. The team must have the mental fortitude not to blow this game off. After all, derby wins are nice, but championships are won by beating teams like Parma. It is true that Inter have extended their lead at the top, but only by three points and we have a four whole months of football left to play. We need to harness all these high spirits generated by beating both Milan and Juve in the same week (I will never get tired of writing that!) and use them to continue our run for the league.

What: Parma v Inter
Where: Stadio Ennio Tardini, Parma, Italy
When: Sunday, January 31, 3pm local time (6am pacific, 9am eastern)
How to Watch: No tv but will be shown live on ESPN360. If, like me, you have no access to such things, you will have to find a stream: MyP2P, Rojadirecta, Ustream, and ATDHE.net

A little history: Parma used to be one of the great teams in Italy. During the 1990s, Parma had some of Italy's greats pass through their halls, including Gianfranco Zola, Fabio Cannavaro, and Gigi Buffon. They had foreign superpowers such as Hernan Crespo and Adrian Mutu, and many young players in top clubs today got their start at Parma (really, too many to list). They were good. Which goes a long way towards explaining Inter's dire record against them. Of the 18 times the two teams have met for league play in Parma, Inter has only won three and drawn 5. Yep, more often than not, Inter has lost this tie.

The last time Inter and Parma met at the Tardini was a torrential rainy May 18, 2008. Perhaps you will recall, Ibra came of the bench after being out injured for six weeks to score two goals and clinch Inter's 16th Scudetto - sending Parma down to Serie B in the process. Personally, it is a game I think I will never forget (caution: may cause extreme bouts of Ibra-lust):

Parma began the season flying high and even found themselves at the top of the table for a time. January has not been so nice, though, as they have yet to win a game. Still, they have some great young talent, including the object of MAD's mancrush, Daniele Galloppa and our own Jonathan Biabiany. Hernan Crespo has official returned to Parma but has not been called up for this match. Lucky lucky us because I think he still has several goals in him this season. 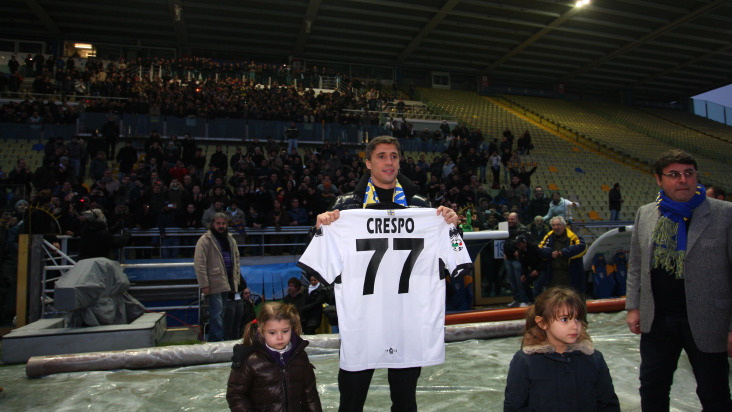 Trying to relive past glories, but not in time for this Sunday.

Guidolin has called up 18 players:

Paloschi is out injured so Guidolin has had to pad the bench with Lapadula, a youth player (something we Inter fans are very familiar with this season). Still, they have the to potential to put some pressure on us so we should not take them lightly. With all their market comings and goings, they are in a bit of a transition period this weekend.

Stankovic and Mancini are still injured, while Sneijder and Lucio are suspended. Eto'o is back from national team duty, but with a bruised right foot and Mourinho made it quite clear in his presser today that Eto'o will not get automatic reentry back into the starting squad, saying:

"At this time, perhaps not for you, but certainly for me, for those with whom I work and also for the players themselves, it is easy to see that, for the services my forwards are offering right now, for Eto'o there cannot be a red carpet waiting for him to enter directly into the team. This could happen with someone else, but not with me. With me, to be on the field, he must play better than the other strikers and must surely be 100 percent physically fit, both in motivation and performance. For this reason, if you have small problems, are a little tired or slightly injured, it is better to return to your best because now it is very difficult to be a starting player in attack in my team." 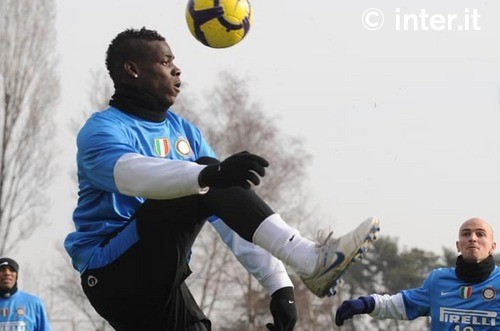 An embarrassment of riches up front - not a bad place to be.

So, with Pandev, Milito and Balotelli, Eto'o is going to have to work like everyone else for his starting spot. I suppose that is really the best way for a club to be run - it should be a meritocracy with the best possible players making the pitch each game. I guess Eto'o cannot take it for granted that he will always be the best. Ouch.

Mou made very little reference to his starting lineup today. At one point he was asked if Pandev could play as a trequartista with Sneijder disqualified. Mou replied:

"One could also speak of a single point instead of more points and, if so, there would be no need for a more withdrawn player. We'll see, but these are the players we have at the moment, neither Stankovic nor Sneijder are available and they are the ones who have always acted as trequartistas. If you look at players who have been called up, you can understand the few options available to us because there are not many midfielders."

Where that leaves us, I am not entirely sure. I will leave working out of possible formations to more the more tactically minded. My big worry are all those asterisks next to names up there. Mou said to day that he would start the youth players on the bench, so don't look for any of them to make a surprise debut from the start. 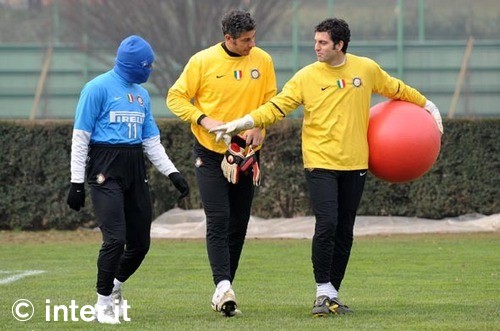 I guess it is still a bit nippy in Milan. Oh, and could Muntari's pants be any higher? Yeowch.

Our problems in midfield are not getting any easier. After Lazio and Inter failed to come to terms over Ledesma, the club turned to a loan of Valencia midfielder Manuel Fernandes. Unfortunately, Fernandes did not pass his physical (something about inflamed knee tendons) so has been sent back to Spain. The thought now seems to be to go back to the table with Lotito (who is barking mad) and try to hammer something out for Ledesma. Lotito wants something like 7 or 8 million euro and a player. Krhin is not interested in being that bargaining chip (can you blame him?) so the new name is Stevanovic. I suppose we will all see Monday when the market closes. This one is going down to the wire.

It is a shame to not have Sneijder available to the team, especially given Stankovic's ongoing problems with injury. Still, I think we have the talent and positive mindset to bring all three points home. Milan play Livorno this week and even coming off back-to-back defeats, I cant see them going down to Livorno. We need to keep pace or else all our hard work will be for naught.

Keep the faith - the boys are tired and mentally worn down but they know their job and have shown they are willing to give everything to bring home the win. Hopefully they wont leave it to the last like we did against Siena or Juve. Hopefully this time we will keep a clean sheet and Milito will get a couple and finally pull ahead Di Natale on the top scorers list. Hopefully. But really, all I want is a win and if that comes in the last moment of stoppages then so be it.

Shamelessly stolen from Inter_Pervs... Because it is so incredibly adorable that I just had to share (plus, they always find the best stuff!):