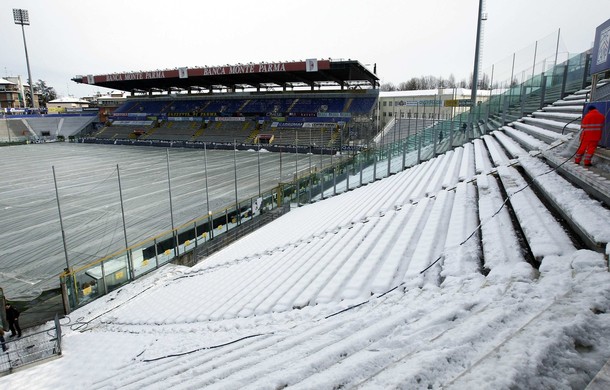 So as I am sure you all know, the Parma - Inter game has been canceled due to snow in Parma...

This afternoon's Serie A Week 22 match between Parma and Inter at the Stadio Ennio Tardini has been postponed until Wednesday 10 February at 20:45. The match was called off due to stadium safety issues following the snowfall in the city. Parma's chief of police Gennaro Gallo explained: "The conditions for the public are not safe and there is not enough time to make the stadium safe."

So no game recap. On the upside, the market closes on Monday so we should have lots to talk about there.