Inter - Siena: The End of The Beginning

Share All sharing options for: Inter - Siena: The End of The Beginning 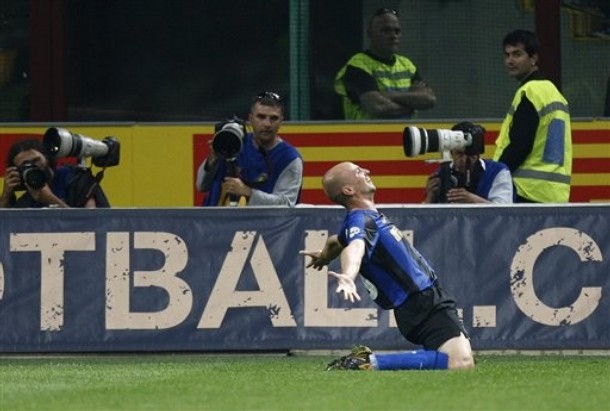 Alright. Lets put Wednesday's hackfest out of our minds and look forward to hosting poor, dead-last Siena. Not that they will be a walk in the park - although they have only won three games all season, two of those were earlier in December. True, Fiorentina annihilated them just three days ago, but until then, they were definitely improving. Wednesday may well have been an aberration and Inter are still suffering from a distinct lack of starting players. Have you counted the number of Primavera players on the call-up list? Yikes. This is the last game of the first half of the season and, given that our two biggest rivals we be taking on eachother, now is our opportunity to pull ahead and build a positive base for the second half to come.

Ok, there is no sugar coating this: Seina are in trouble. They are last in the league, they have only won three games (drawing an additional 3). The have the league's worst defense, conceding a whopping 33 goals (of course, Genoa are right on their heels with 32). Oh, and they have never beaten Inter - ever.

Last year we walked through this game and managed to come out 3-0. The team was hung over after celebrating our 17th scudetto all night with the fans in the Piazza del Duomo. Still, Julio Cesar and Orlandoni had to make a couple great saves to keep our clean sheet. Highlights (caution: may cause extreme wistfulness for Ibra and Figo):

Alberto Malesani has called up 22 players:

Despite their dire predicament, Siena actually have some decent players, notably Massimo Maccarone and Emanuele Calaiò up front, and Gianluca Curci in goal. For some reason, I have a bit of a soft spot for Michele Fini - I think it is because he sort of looks like a friend of mine. They have the talent to make us miserable tomorrow, I just hope that weather and pitch conditions allow for a more open game. 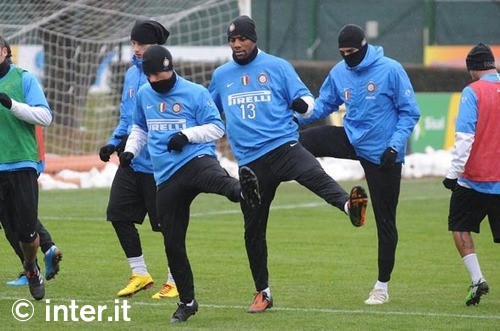 Cripes, it sure looks cold.

Mourinho has called up 19 players

The good news: Stankovic, Samuel, and Thiago Motta are back.

The bad news: Cambiasso, Chivu, Khrin, Muntari, Santon and Materazzi are injured while Balotelli is suspended. Plus, Vieira doesn't work for Inter any more. Mancini is as good as gone it seems. Even in our current crisis, he doesn't get the call.

So where does that leave us? Deep into the youth squad.

Mourinho even admited that we are in some difficulty, saying:

In short, all those who have been called will do thier best, and for this reason the team, despite the many players out, always responds as a team, and tomorrow is no different. We will have on the bench Crisetig, Alibech for the first time, Donati for the second time, Stevanovic for the second time, none of them has ever made his debut in Serie A, Donati has only played the Tim Cup against Livorno and for this reason we are in trouble. But we were in trouble in Verona and the response was positive. And so I hope as much tomorrow when we play at the San Siro, facing the cold and maybe even rain or snow, but with our fans with us: so we have every reason to be optimistic.

And if he is optimistic, why cant we be too?

I know, there is probably lots more to talk about but I am fighting the cold of doom and I just dont have the strength to go on. For now, I think I will take to my bed with a large glass of juice and a coupe Nyquil. I will, though, be here for the game tomorrow.

How about a little love for Mario: