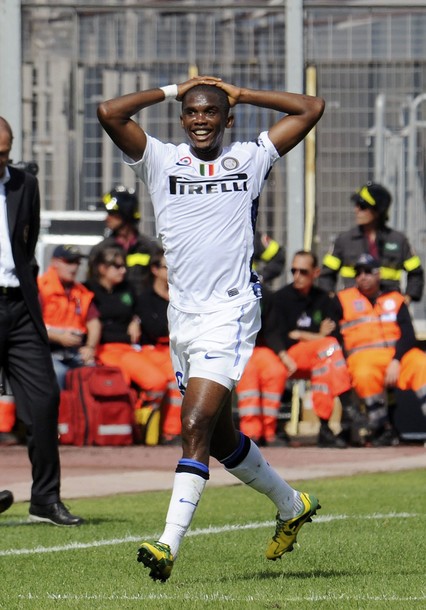 Inter aren't just coming off the International Break like everyone else, they are also dealing with players just coming back from injuries, players still injured and young players who are suddenly being tasked with a lot more responsibility than they used to have. 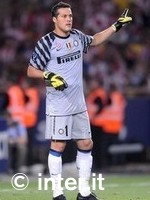 Cesar: In my mind he’s the hands down Man of the Match and as you already know he’s my Player of the Game. He made 2 saves on the bounce and kept the area secure despite the odd lapse here and there. 8.0

Maicon: Offensively very decent, defensively very average. He took what seemed like more than his share of stupid shots – he’s supposed to get only one per game. He didn’t look like he had any pep in his step and there was a general lack of spark in the defense. 5.5

Lucio: Lucio did his job decently and he had the odd thrust forward to confound the zone assignments, but there were too many close calls not to make someone accountable. 6.0

Samuel: I am giving Samuel some slack here because it’s his first game back in a while and he was decent like the other central defender. 6.0

Chivu: In a weird twist of fate, Chivu was the solid defender today. He was tested, since you would have to be dead not to have noticed that he’s been the weak link for the last 10 games or so. He rose to the challenge and even burst forward for some added pressure. 6.0

Zanetti: Rust was obvious but he was very good at handling problems in his zone, but the problem was that his zone isn’t as large as either Cuchu, Mariga, or Motta – when he’s in form and warmed up. 6.0

Stankovic: Stankovic handled his zone better than I thought he would, but still not as well as those mentioned above would have. The issue of having both of these guys is that they aren’t exactly tackle machines, nor are they instinctively aware in these positions on the field. So once in possession, everything was fine – the problem was getting that possession. 6.5

Coutinho: Philly’s grade and comments are going to be a lot like Maicon’s. Good going forward, he had a nice shot that took a decent save to stop, but he didn’t offer too much defending – although to his credit, he did try very hard at times. 5.5

Sneijder: Worst game that I have seen from Wesley in a while. He knew it too, coming off the field late in the game – you could see it on his face. Although, he still was able to set up Eto’o’s goal. At times, he’s coming too deep for the ball. That’s an indication that something is wrong with the link between the defense and the midfield. 5.5

Biabiany: At times too fast for Cagliari to handle – but too few times, frankly. He deferred to Maicon too much for my taste making him to switch into a defender too much. And he has yet not been able to incorporate a defensive skill set into his repertoire. 5.5

Eto’o: At times, he was the only Inter player in the Cagliari half surrounded by up to 7 defenders and he was still able to dribble into the area, create opportunities for Coutinho and switch up with and creating for Wesley. 8.0

Motta, Muntari and Obi: Not enough time on the field to make any difference nor where they particularly effective.

First half kicked off to a delay inside of 4 minutes. Apparently the ref heard some racist chants and stopped the game. Denials have already been issued, to no ones great surprise.
By the 14 minute mark Julio Cesar had to use his patent nifty moves to clear the area from a poor back pass from Walter Samuel. It takes 15 minutes for Lucio to make the first real attempt at goal – which went wide from a corner. At 21 minutes Cagliari makes a thrust into the Inter area to the left of the goal mouth. Matri makes a flick that hits Lucio’s hand which is against his chest. Matri cries for handling, which is ignored by just about everyone on the field. Soon after during the ensuing counter attack, Cagliari gets its second caution of the game. After some up and down including a couple of corners and shots for Inter and some crosses and free kicks for Cagliari. At the 34 minute mark Eto’o grabs a mistake in the Cagliari half of the field and he launches a volley that makes all the blue and red supporters in the stadium swallow their shoes. Eto’o scores just before 40 minutes after being fed by Sneijder. Eto’o had to make some space for himself and fired the ball across his body with his left. The remaining 8 minutes or so are all Inter putting pressure in the Cagliari area.

The second half of the game opened with Cagliari penetrating deep into the Inter area and making a powerful shot that any lesser keeper would have let in with no shame – Cesar saved it and the ensuing rebound – that turned out to be a twin of the first shot. Up and down action with shots and corners occur up to right around the 60 minute mark when Aquafresca makes an appearance for Nene. Benitez follows with 2 in rapid succession – Motta for cramping Biabiany and Obi for Coutinho – defensive players for attacking ones, clearly intending to shut shop. At 75 minutes Cagliari hit the crossbar on a weird cross that had rebounded off Chivu’s back, I think, and landed in Cagliari’s possession, which after a pass or two landed on Conti’s foot about a meter from the goal mouth – which he then missed. Inter takes possession after this and the game ends on a relative whimper. Only thing of note that occurs after Conti’s miss is that Wes looks disappointed with his performance was Muntari goes on for him. 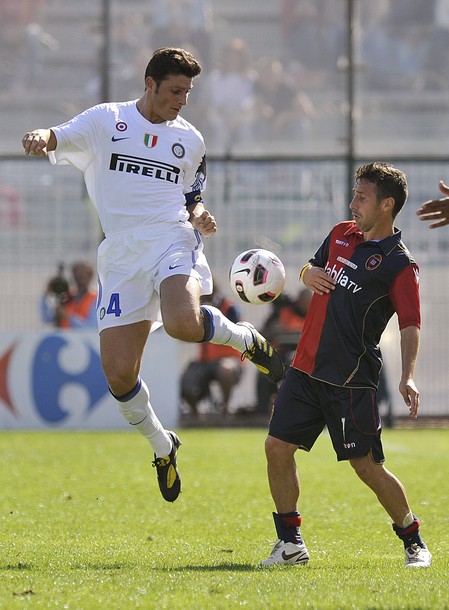 We dodged a bullet here and there but it should be noted that the reformation of our backline meant a clean sheet – even if it took Cesar’s heroics to make it happen. Of only slightly more note is the fact that we had so many injuries and played so many young guys that getting all 3 points is really fortuitous on many levels. The young guys need the work the most and games that we can compete in and still get some rest – or buy time – for injured contributors is really very important. 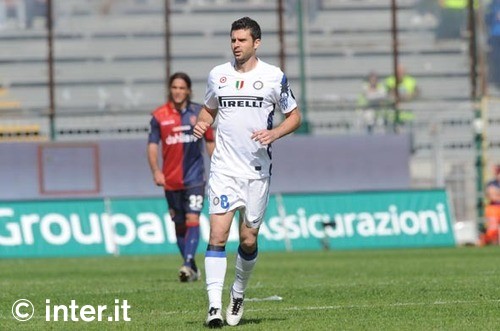 During the game itself, many people noticed that we seem a lot more defensively venerable. And it’s true, but there seems to be a trade off here. The high line, the increase in attacking players and the decrease in defensive coverage mean that we try to keep the midfield battle towards the opponent’s goal about 20 more yards. It also makes how teams attack us more predictable. They have to try to advance the ball between the defense and the goal in such a way that the keeper can’t act like a sweeper and collect the ball. Today, it was pretty easy for them since we didn’t have anything in the defensive midfield that was going to stop anything. And this has been our issue this season – that gap between our offensive/controlling midfield and the coverage part of our midfield. The gap is too big at times allowing opponents to stroll though and overwhelm the backline which may be less than 4 defenders depending how far out of position Maicon is. When this happens is when we have had our big problems this season – and this game in particular as well.

Next up, Champions League 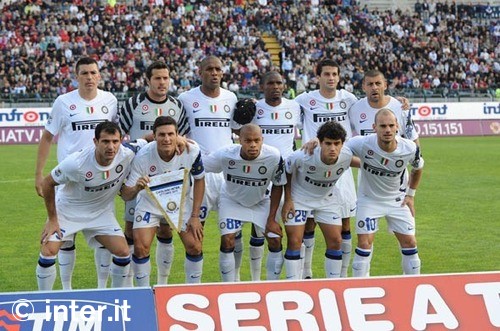