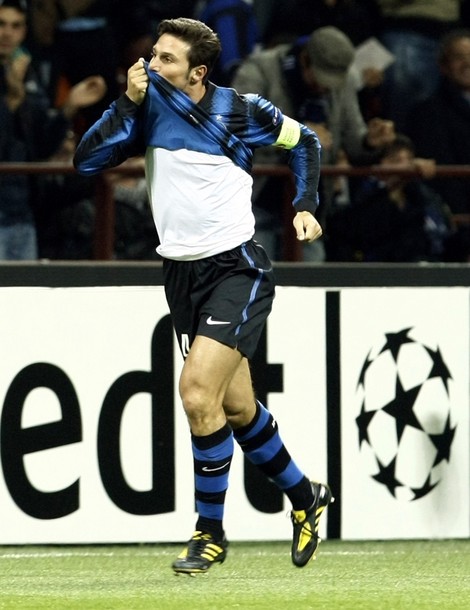 Good and Evil both reared their collective heads in this game and we will get to all of that in good time. Right now I would like to point out how, despite the weird showing of this team in a Champions League game, it was still the best showing of any Italian team this week in Europe. I would like nothing more than to go on and on about this topic, but I am going to hold up on that until the group stage is over. It’s never a good idea to tempt fate, no matter how good it feels to gloat.

My Inter Player of the Game can only be one person. He’s the one who had a say in all 4 goals scored by Inter on Wednesday. 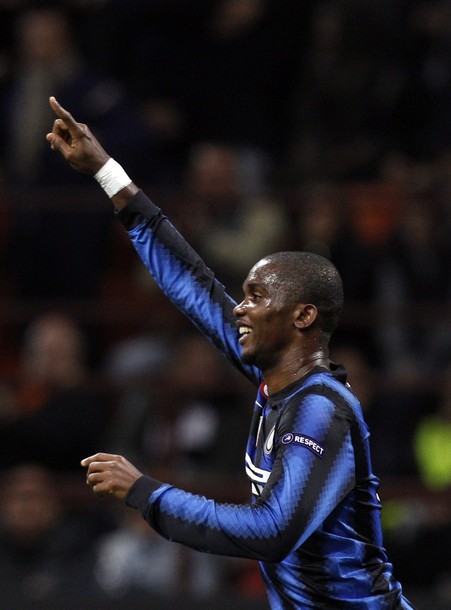 The Evil of Wednesday was truly a team effort. Although teamwork is to be applauded, usually, this isn’t a positive thing. We thought that the game at 80+ minutes as won. We thought that the ridiculously named Tottenham would concede the game and then conserve whatever energy they might have left for their next game. We were wrong, apparently.

Cesar: I put Julio down as at partially at fault for 2 of the 3 goals that went in. If they won’t kick it right to you, you have to dive for it, Julio… 4.0

Maicon: Not even in the television frame for any of the conceded goals, the last 10 minutes or so of the game were so galling far below his ability that his obvious talent made how bad those last minutes seem even worse in contrast. 3.0

Lucio: Here’s my problem with Lucio dribbling the ball up the field, he doesn’t look up to pass. You can tell that because he dribbles where there aren’t any Inter players and then doesn’t know what to do next – here’s a hint, bub, dribble towards something, get rid of the ball and then get your ass back to the defensive line. 4.0

Samuel: By grace or luck all the goals came from our right. This doesn’t absolve Walter for losing the plot in the last 10 any. 4.5

Chivu: Chivu was the, and I can’t really believe that I am saying this, best defender that we had today. This doesn’t absolve him any, but it just seemed like he was ahead of the curve – or that Tottenham didn’t test his side of the field. 5.0

The Midfield and the Attack worked better today than they had for quite a while. In the first half they were a seamless gyration of moving parts all with someplace specific to go and they were all in their places. It was beautiful to watch the peaceful passing and then satisfying to witness the almost violently ruthless taking of the goals. In the first half we made Tottenham look like amateur night. If only we could have kept that level of concentration and intensity before we started to look ahead to the weekend…

Stankovic: Deki scored a goal and did some good work in the midfield. When he got injured was when we started running into problems. 7.0

Zanetti: His run in the first minute set the tone of the entire first half. Everyone took the pace and volume from his lead, like an orchestra from the lead violin. Was he beaten for pace for a goal? Yep. Was that even his zone of coverage that he saw was in danger and that he was trying to fortify? Nope. But that’s the greatness of Zanetti, scoring in the first half and sacrificing in the second. 7.5

Coutinho: The kid looked very good in the first half, coming back and trying to play defense. I imagine that he got an earful from Chivu over the practice sessions to make sure he did just that. He made the pass that sprung Eto’o for the last and winning goal. Disappeared in the second half excepting when he went hunting for his first goal. 7.0

Sneijder: Wes was very hard working and was willing to make sure that everyone got a touch of the ball. I didn’t see too many stupid shots, even the ones that he took that got blocked I thought were mostly good shots that he should have taken. 6.5

Biabiany: Jon brought the ball up the field and forced some corner kicks, but I didn’t think that he accomplished too much other than that. On the other hand, I don’t remember any giant screw ups either and he managed to finish the game without an injury. 6.5

Eto’o: I don’t know how to describe his presence on the team in the first half other than to say it was almost a perfect half of football by a player. If I am not mistaken, he assisted those 2 goals that he didn’t actually score himself. It turned out to be a heroic performance and we wouldn’t have won without his last goal. If only he could have continued that intensity into the second half. 8.5

Tottenham, and the English media in general, came into this game preaching that they were going to take a point away from Inter and that we just weren't that good. Maybe they were overconfident, maybe they were overwhelmed by the event or the stage. And yeah, I know that the interviews right before the game everyone was making nice with the compliments, but if one goes back a bit and one listens to some English football news - even members of the more cosmopolitan Guardian Podcast was rather disdainful of Inter's chances to take all 3 points. Whatever it was, they were unprepared from the beginning.

We basically dominated a team every which way you could for 80 minutes or so. At 80' we let off the gas and it cost us 2 goals. In the short term nothing was done except that the good feeling of beating an opponent by a big margin was lost and a lot of hard feelings towards those in the back line who we all, I think, rightfully blame. 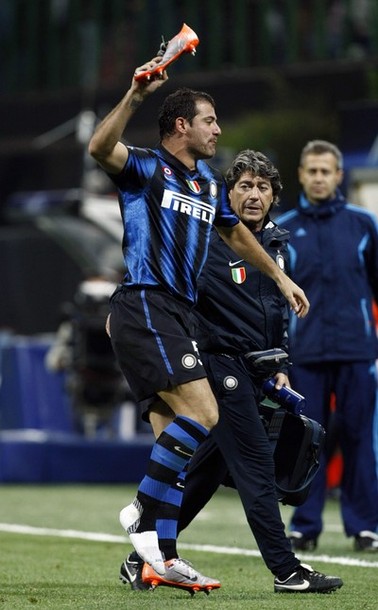 And make no mistake, I blame them a lot. Wrapping up a game against Tottenham freaking Hotspur should have been no problem considering the fact that our defense has done the job by and large for quite a while. We can hold Barca last season to 4 goals in 6 games but we can't hold Tottenham to under 3 in one? So obviously it's not a question of talent, it's a question of who's to blame. If Maicon wants to take a break from playing defense, I have no problem with that. As long as he's subbed off or not starting, I am fine with him taking a vaca. If Lucio wants to play midfielder when he's paid to play defender, I don't care as long as he's not on the field for the Champion's League. Santon, I assign a little less blame, even though he made a bonehead play but he's still just getting into the swing of things at game speed, I can cut him a little - and I am talking teensy here - slack. But World Cup Winner Lucio? Maicon of Confederations Cup, Champions League, multiple Scudetti, Coppe Italia, etc., etc., no freaking way, especially after all the drama of the last 2 summers.

In the long term nothing has changed really. Tottenham probably think that they can beat us in England now... but they were thinking that they were going to be even or win in Milan, so nothing has changed, there. Tottenham limited themselves severely on how many players they could devote to defense when they traveled to Milan, to their error and if they continue to feel that they are so superior that they won't need to buckle down and play extra men back, so be it. I think we do quite well hitting teams on the counter when they open themselves up. Personally I think that if Tottenham show some sense, then Benitez and the squad (and me too, for that matter) in general would be happy with a point while traveling to England.

The only question is whether or not the squad will remember to play the full 90+. Once bitten, twice shy. You fool me once shame on you, you fool me twice etc. etc. This will be a test for Benitez. Can he make the squad learn from it's mistake? Can he learn from his own failure to prepare the squad for the Shell Game (I don't really have a problem with the subs it's the preparation that should have come before that I question)? It'll be interesting... but then that's why we watch. 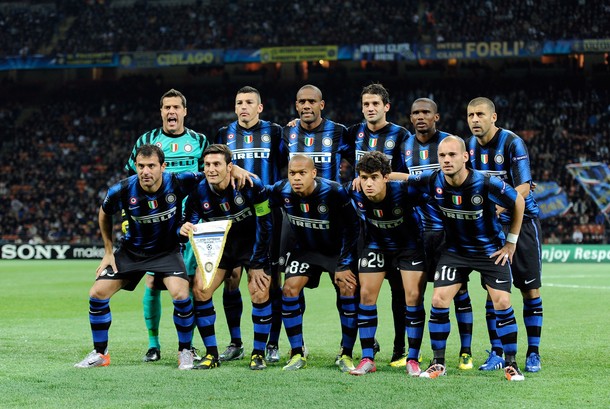