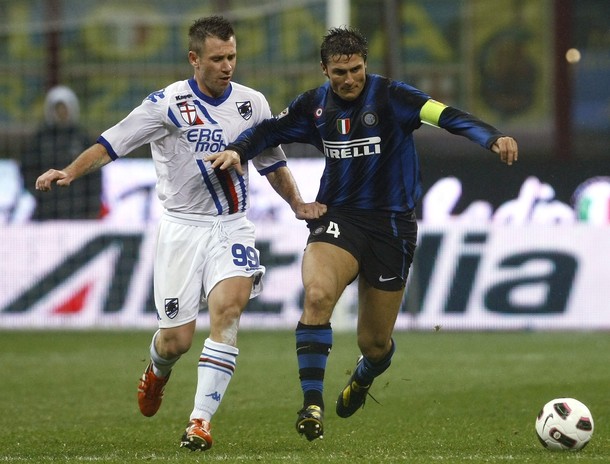 For a game that immediately followed Champions League midweek combined with our injury situation I can’t be too disappointed with the outcome. However, considering that we scored multiple goals in all our Champions League games this season, it’s a little disconcerting that we can barely put 1 in the back of the net while facing Sampdoria with almost 70% possession and 8 shots on net. 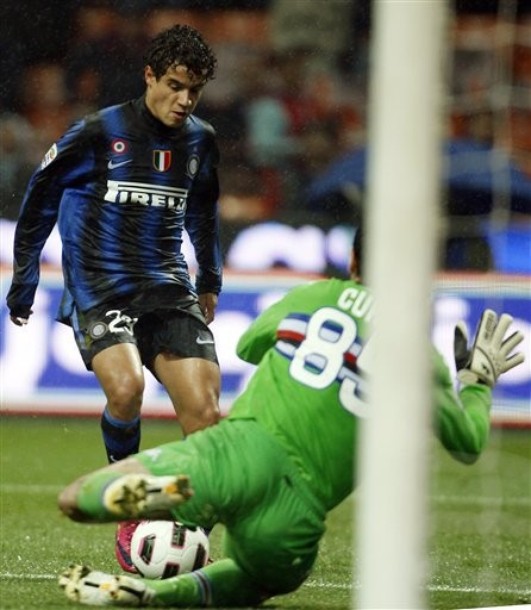 My Inter Player of the Match has got to be Coutinho. Without him we wouldn’t have had the goal that saved a point, nor would we have been able to consistently threaten the Sampdoria net.

Cesar: Cesar saved a goal, but he made the save on the ball that he flubbed and that went in. I am incredibly upset with the level on concentration that Cesar put forth. 5.5

Maicon: Here’s the thing. On the goal, Maicon was standing in no man’s land with the future goal scorer standing behind him 4 meters apparently ignored. 5.0

Lucio: Once again, he was the rock of the back line. He also did much better with the running forward thing. There were some nice passes and an awesome shot that just went wide. 7.0

Samuel: Along with Lucio he held the back line together while the fullbacks were given license to roam forward. 6.5

Chivu: I thought the play of Chivu was better than it had been going forward. I thought that his getting punked by Cassano was weak. If he just kicked the ball out of bounds all would have been fine. 4.0

Zanetti: He kept the team pushing forward and it seems like he was just trying to will the team onward. It was just terribly inspirational to see him try to take on Sampdoria on his own and inspire the team. 7.0

Cambiasso: This was a decent first game back for Cambiasso. I thought that his passing was incredible for a first game back. His defense… not so much, but it wasn’t terrible either. 6.5

Coutinho: He attacked the Sampdoria’s defense over and over again. The left side of the defense just couldn’t stop or contain him. It was really promising to see the young guy just decide to take on the fullback repeatedly and winning his matchup. He’ll get his goal soon, won’t he? 8.0

Sneijder: I just didn’t like the way he played today, especially that weird free kick where he passed it to Chivu and then it was further passed to Cambiasso. Just take the damn thing like you mean it. 5.5

Biabiany: He just didn’t seem like he had the moves to take on the defense like Coutinho did. Biabiany needs to be bolder and attack the goal. Or at least take a shot here or there. 5.0

Both teams had a player offsides that were allowed to play on – Pazzini and Coutinho.

Chivu was fouled by Cassano right before the Sampdoria goal.

I am finding it increasingly difficult to know what to think regarding this team this season. The goals aren’t coming from all over the field – they are being funneled through the middle and specifically the striker position. While this isn’t a bad thing as long as the goals are happening anyway, it’s a little disconcerting, what happens if Eto’o has a bad day… or worse. Now, if there were another striker who could score or share time to rest the Cameroonian, I probably wouldn’t worry too much. But the truth is I am worried – at the worst case scenario. At the moment we are… meh, okay, I suppose. We need to find another threat. Milito isn’t available or scoring. Sneijder while still making very nice passes and working hard just isn’t connecting on his free kicks. Coutinho is trying very (maybe too?) hard but he’s just not scoring either. And Biabiany, although he tries very hard and he gives a lot of effort I don’t think that he has a shot this season. It’s just that we seem to be drawing an awful lot. 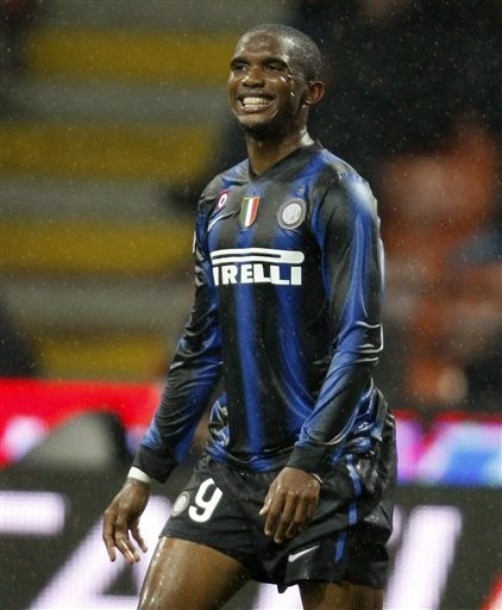 On the note of draws, I am also getting nervous with the defense. Although we are surrendering very few goals, doesn’t it feel like we are escaping with some very close calls? The defense is designed to keep the action in front, slowly retreating, forcing shots from off to the side and outside the area. We are at our worst when we are chasing the ball towards our own net and yet we seem to be doing it more and more lately. Instead of retreating in order to take advantage of extensive training, we seem to be scrambling. Am I wrong here?

This game isn’t exactly indicative of the two above concerns. We were generally able to contain Sampdoria and with just a couple of exceptions we didn’t seem to be scrambling too much. Considering the fact that we played a Champions League game not 4 days earlier, I thought that this was a pretty respectable showing from the team. The goal against was initiated by a foul which was so obvious that even the team/manager that benefitted from it conceded that it was definitely a missed call so I can’t really get too upset at the team for blowing that sequence of events – although I harbor some bitterness at Chivu for not just clearing the stupid ball and allowing people to get back, take stock and defend from a position of strength. 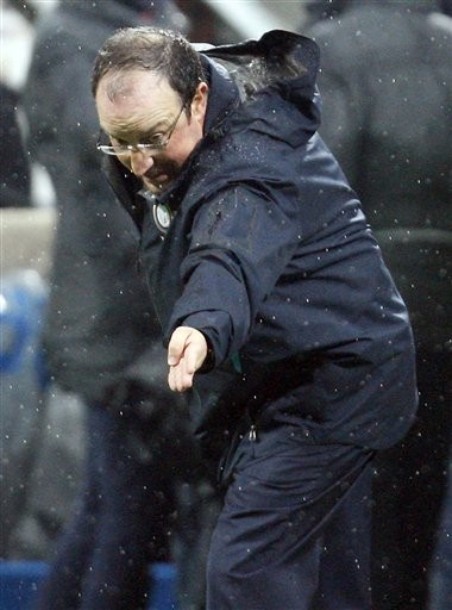 I am left a little at a loss considering the several long stretches that Inter dominated Sampdoria with nothing to show for all the shots and nifty passes. But all that domination and $4.00 will get you a triple shot of espresso. And only a single point.

The plus to all this is that it’s still ridiculously early in the season and we are still with only one loss. We are definitely off the pace win-wise from last season and we are definitely not at the tippy top of the table but we are still within shooting distance of Lazio. If we can stay within viewing of the top while we figure out how we are going to work things out we might be able to put together a run later. 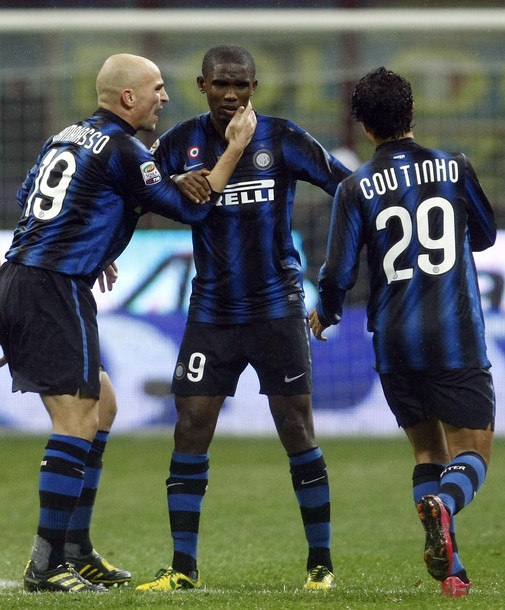