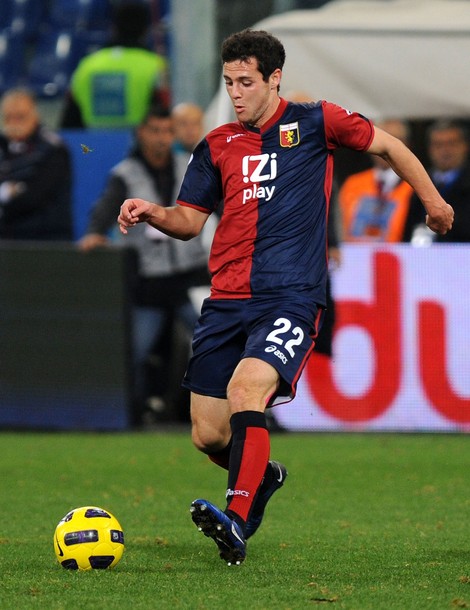 There is a bit of Inter News lately with the international not-break and the repercussions of a listless club after the derby.

#1 with a bullet on the minds and headlines of various news outlets is the status of Benitez’s job. La Gazzetta has said that he has 2 games to convince everyone that he should stay.

Benitez, Branca, Mini-Moratti (Angelomario, Massimo's’s son) had what was called by Moratti as a “regular meeting” and what is being called by everyone else as Defcon 3. That Moratti wanted to debrief his son and Director is a little disconcerting.

On the one hand, we can clearly see that Moratti wants to ease his son into the job as perhaps he wasn’t able to due to circumstances. 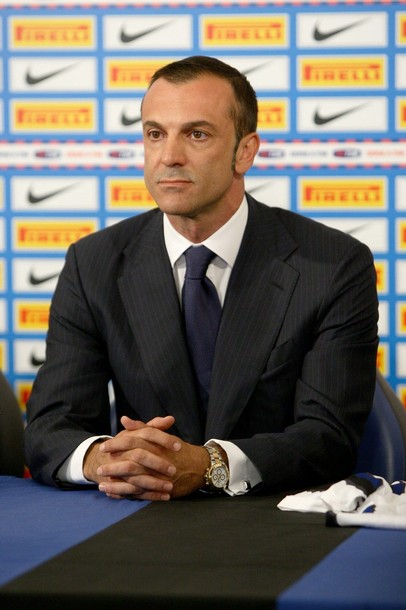 On the other hand, debriefing the previous meeting without the under fire coach suggests the debriefing went like this, “Well? Do you think he’s gonna be able to hold it together or should we start The Process?”

#2 is the January Transfer Window that everyone is nervously eyeing. There is no doubt that the fan base is starting to panic and hoping beyond hope that something can be done to save this season. Here are some names being thrown around:

Neymar: The Brazilian was interviewed by La Gazzetta the other day and supposedly said that he prefers a Juventus transfer over Inter. There is word now that He claims that he never said that. Either way, the nearly 19 year old Brazilian forward/winger is sought after because he can play wide – something of a hot commodity in Calcio right now - or support the attack. I wouldn’t count on this happening for us.

Ranocchia: There had been word that Inter would accelerate their plans to buy the rest of Ranocchia’a contract and plug him into the Samuel shaped hole in the defense. Forget it. Genoa would be fools to let him go at midseason. This just won’t happen.

Steven Pienaar: The Everton and South African National Teamer is an attacking type of midfielder who can play outside as well. This is the kind of player that we get inked to because of Benitez’s link to the EPL. With Mourinho we were linked to every EPL player under the sun. I wouldn’t hold my breath.

Ibrahim Afellay: Afellay is another AM/winger that has been linked with us, but he ain’t coming. He’ll be going to Barca. I don’t know how or when he’ll get on the field, but it’s not really my concern. He won’t be here.

Andrea Barzagli: Andrea was once considered something of an up and comer, he has since WC 2006 been in something of a career down slope. He’s playing in Germany right now in Wolfsburg and it’s been made clear that it will take very little, relatively speaking, to persuade Wolfsburg to let him go. 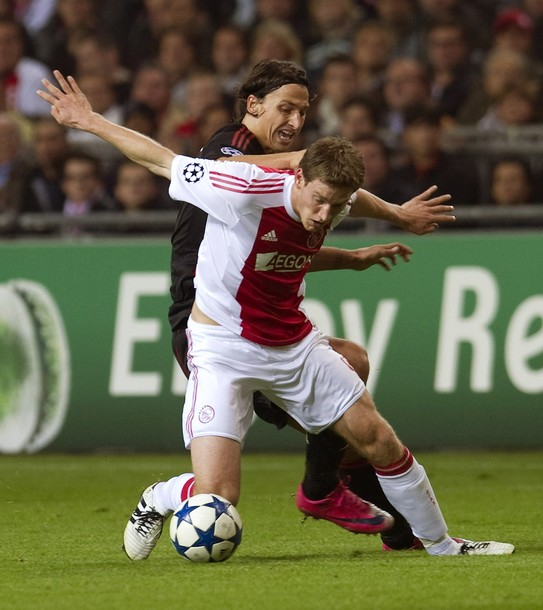 One of these two guys is Jan Vertonghen. The other guy I bet you know.

Jan Vertonghen: The 23 year old player for Ajax is listed on his wiki page as a Centerback and Defensive Midfielder. Nerazzurro let me know in the comments section of the last blog page that Vertonghen isn’t cheap either, somewhere in the 11 million € mark. Jan should have some Champions League experience also, unlike a lot of the names above his on this list.

Mats Hummels: 21 year old central defender from Borussia Dortmund is considered a big prospect, but he, like so many hot prospects, is on everyone’s radar. The asking price is considered to be in the 15 million € range. That seems a little high. I wouldn’t keep the chicken warming in the oven on this one.

#3 is the prospects that many consider Inter to keep especially in the attacking midfield and central defense. Here are some names:

Luca Caldirola: The young defender was the captain of the Primavera team and has been loaned out to Vitesse in the Dutch League. He has been recently been called up to the U21 Azzurrini side. He okayed the loan move so that he would get first team action and he has been adamant that he wants the opportunity to play, even though he is happy to come back to Inter when he has real shot at playing.

Giulio Donati: The fullback is on loan with Lecce but near as I can find out, he hasn’t been getting a lot of action on the first team with Lecce. I don’t think that Inter want him back yet and I think that he’s probably happier at a team where he at least has a shot to play.

Alen Stevanović: The 19 year old attacking forward is on co-own in Torino and has been getting a handful of games with the Serie B team (0 goals). He has come out and said that he wants to stay where he is because he’s getting a chance to play.

Rene Krhin: The 20 year old midfielder has been one of my favorites from the handful of games I have seen him in with the senior squad. He is on co-own with Bologna but has been injured since this summer and has no appearances with Bologna yet this season. There’s no way he’s going to be coming back, now that he’s healthy enough to get selected for starting Serie A games, instead of never making the bench. By the way, he’s on the Slovenia National Team. 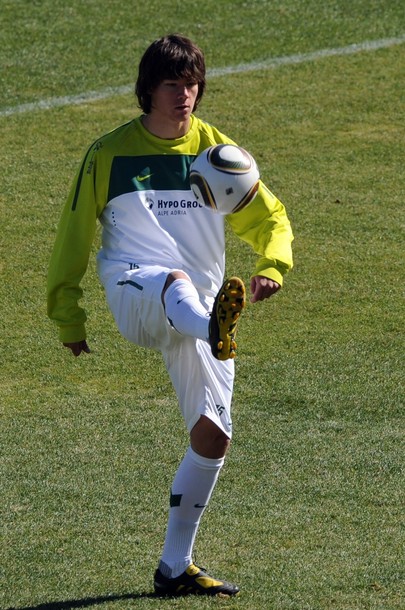 You just get a feeling that this kid is going to be big.

Mattia Destro: Destro is a hot prospect forward that everyone seems to want to treat with kid gloves, as though if he has too many people telling him how good he is, he will pull a Mario. Plus, I don’t think that the Inter brass is really sure how good he is. Right now, both Inter and Genoa seem content to let him be there so that everyone can evaluate him against the pressure of expectation and Serie A talent. 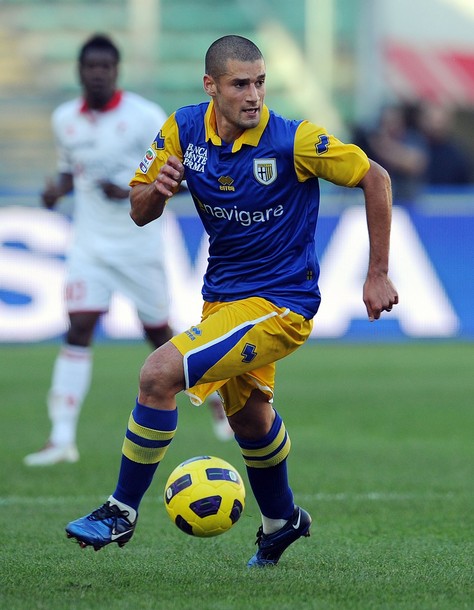 Well that’s the news that has been making the rounds on my news searches lately. My opinion on how Inter can solve the midfield crisis? I think that Branca should have signed Candreva, Diamante and Galloppa. I know that you are now going to tell me that Galloppa is injured and is questionable to make it back this season at all… I don’t know what to say. I think that they all are cheaper now rather than later and I think that they all have a chance to be contributors – more than say, Quaresma, Suazo and Mancini - on some level, in Galloppa’s case after his rehab, of course. I know that for the most part these guys have been making their way through the lower-mid table teams, but there is such an energy about these guys and I get the feeling that Zanetti and Cuchu could direct that energy and hunger just the right way. And like I said, even if they aren't world beaters yet or ever, I think that they are solid contributors at the very least. The phrase is: building up the back end of your roster. Increase the value and the contribution of the bench.

As for the defense, I thought that the time to ask Materazzi and Cordoba to move on was 2 seasons ago and that would have been the time to start recruiting players. I will tell you though, I thought that Radu was the smartest buy coming from a lot of teams a couple of years ago – you can even go back into the Lazio Offside Archives and look it up. I would love to see him in Blue and Black, but I doubt that would ever happen with Lotito mad at us about Pandev. But barring that, someone would have to explain to me why no one has thought about asking Palermo for a price on a fullback. I don't know how an offer would be received, but I would like to have seen an offer at least. 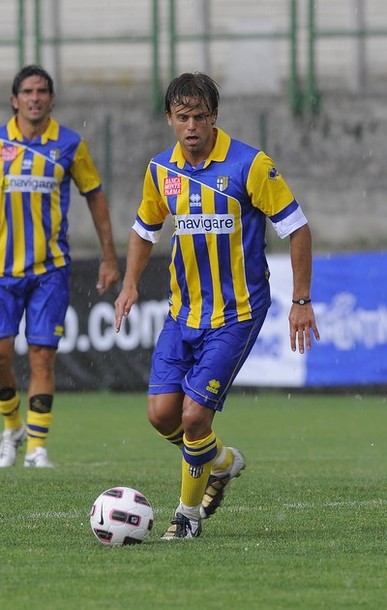