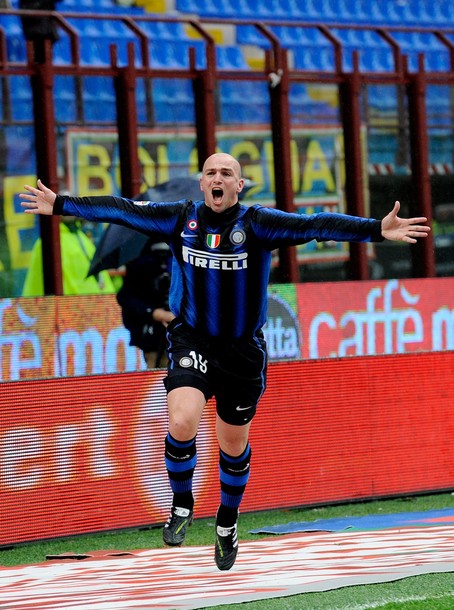 This was Inter’s weekend. All the clubs above us in the standings dropped points allowing us to keep the top 3 spots in sight until we get back from The Club World Cup.

I hope that it’s the first of many such match days so that we can make up lost position but at the moment, I am just happy to have this one.

The exciting thing about the club right now is that there are several players who are working hard enough to be in consideration for Inter Player of the Game. It’s like a switch was thrown after the Twente game and everyone got more desire.

This game was in serious doubt after the first goal was scored but one player continued to work hard all game long and it’s his effort that has his pic right here. 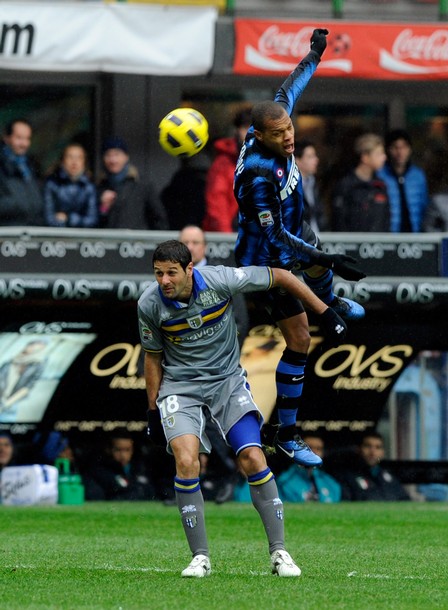 Castellazzi: I can’t complain about the job that Castellazzi has done. He saved our bacon again after the defenders in front of him handed Parma chance after chance. 8.0

Cordoba: I still don’t like Cordoba as a fullback and today has done nothing to change my opinion. 5.5

Lucio: The last remaining soul of the incredible defense of last season was the only player to hold his water back there. Watching Lucio’s face, I feel for the guy. 7.5

Materazzi: Both goals and numerous other chances that Castellazzi and blind luck saved his ass on only highlight the need for him to step down. He’s such a loved figure for the team who has won every cup one could want, why wouldn’t he retire while people still have so much love for him, remembering him with fondness? 3.5

Zanetti: Solid job as the fullback. 6.5

Cambiasso: 2nd game with a goal is always nice but it’s his midfield cover that I am happiest to see. 7.5

Stankovic: It’s hard to argue with success. I would call his first two goals fortunate, but he’s been making a living hitting the ball as hard as he can from just outside the penalty area for a long time wearing Black and Blue. This was the perfect game for him to take those shots. 8.5

Biabiany: This is my Player of the Game. He ran the Parma right side ragged. He threatened the goal. He assisted goals. He helped out on defense. He won corners. It was the perfect wing play that we needed for this game. I hope that he can bring it for Friday. 9.0

Sneijder: I am still not happy with Wes’s play but he’s still working hard and he assisted a goal or two today. Progresss. 6.0

Pandev: Pandev needs to score. He’s had at least 2 open nets this season and he chocked both times. He assisted Motta’s goal and that’s great, but he needs to score. 4.5

This section usually needs a day for the various media outlets to report the ref mistakes. There was only one situation that was even mildly controversial – that of Zanetti going to ground/getting knocked down in the area.

Considering the rather “English” style refereeing occurring in this game, I think that it was consistent with the rest of the game for the ref to not call this. Had the ref been a stickler and waved yellow cards around all game, I might want to look at this incident closer. 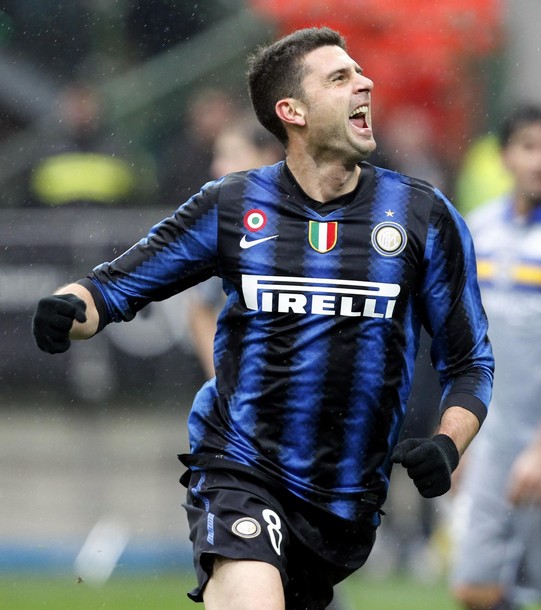 Like the game against Twente there are flaws to the game but the positive, promising signs here are that the team is working for each other and that it hasn’t given up. Let me not forget to mention the return of Thiago Motta, the tough guy with the sweet passing. Benitez’s wet dream of Inter playing with ticki – taka football is a perfect fit with the former Barcelona player.

Don’t get the wrong impression here, Parma isn’t Milan, and we have a good recent history against them, but their style is one that usually gives us fits. They are young, willing to run and have a fox in Crespo up front.

But today the fates were kind today. Crespo couldn’t score on every opportunity and some shots hit the woodwork. Castellazzi also stopped 2 or 3 very good chances on his own, the poor man. 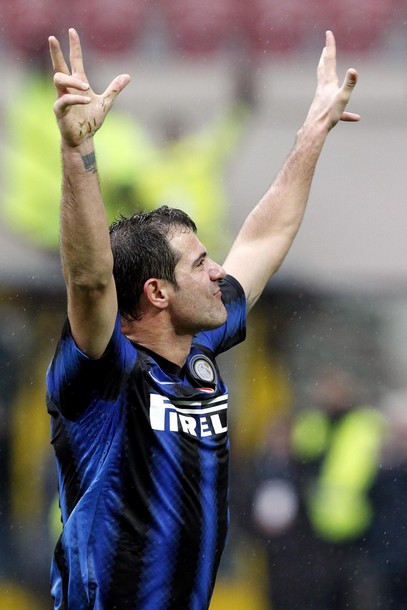 More importantly, we didn’t stand around and wait for Milito or Eto’o to bail us out of a tough game that we were losing early. Cambiasso, Stankovic and Biabiany all took the reins in their teeth and drew a colt in one hand and a Winchester Repeater in the other. At least, it's important that someone took the game by it's neck - unlike what happened in Chievo...

How about Jonny Boy? I can't get over how good a game he had. He was lagging a bit there at the end right before he was subbed off, but all game long up to that point he was very good. Contrast his ability to contribute to Mancini who plays roughly the same spot. It's not worth having Mancini in the stands let alone the bench. Pay him off, kick him to the curb and throw his duffel out right after him.

By the way, how did we like young Sr Felice? He was supposed to get on during the Twente game when Cordoba had a cramp, but Cordoba toughed it out and Felice was visibly upset. He saw the field today and he looked like he was having a blast! Totally the correct attitude. 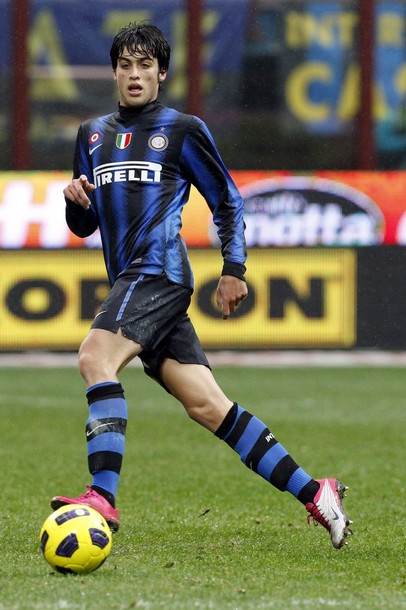 Tactically, well… it’s hard to see how Benitez’s pieces all fit. It’s was easier with Mourinho as all the players covered each other and the zones on the field in an obvious way, but there just seems less organization with Benitez – which can be fine – but we just seem to be blurring between counter attack and slow building pass, pass and more passing. I wish I could see the adjustments from game to game instead of a bullish stubborn headedness that declares how we are going to play, come hell or high water.

Its growing pains and injury crisis and we were happy to make the 3 points. I get it. I get that this is a positive step forward. I get that we played with spirit like I have been missing – which is a good thing. I get it. What I don’t get is what the end product should look like. That’s what I don’t get. In other words, don’t get the identity we are supposed to have and it bothers me. 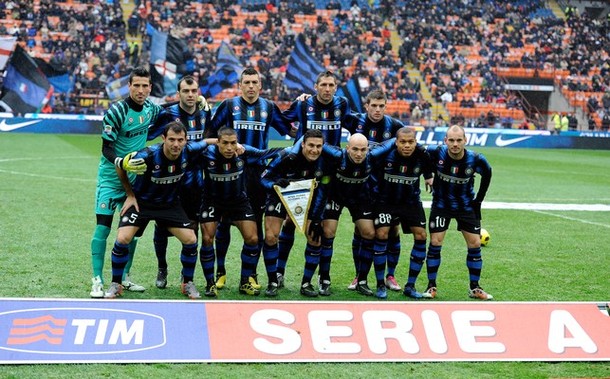